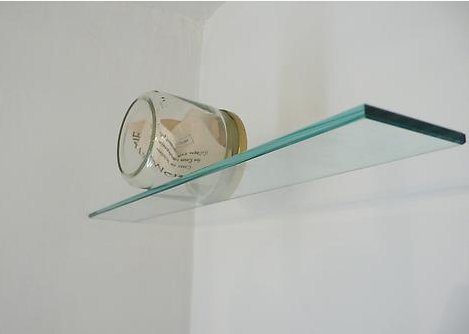 Peter Freeman, Inc. is pleased to present an exhibition of new works by Richard Wentworth, the artist’s first solo show in New York in over 20 years. A major English sculptor for some 30 years, Wentworth was a part of New British Sculpture (with Tony Cragg and Anish Kapoor) and was an influential teacher to many of the Young British Artists of the following generation.

Richard Wentworth’s unconventionally playful visual poetry is constructed from the stuff of everyday life. Employing photography and sculpture in his installations Wentworth makes compelling re-considerations of the function and meaning of ordinary objects. Manufactured objects are synthesized into sculptural inquiries on the nature of form and function. Wentworth has used items as varied as candy wrappers, plates, ladders, a lone boot, etc. in thoughtful juxtapositions that puzzle as often as they solve. With melancholic humor, simplicity, and wit, Wentworth nods at the Dadaists in his work If only (2004). A salute to Marcel Duchamp’s Bottle Rack (1914), Wentworth impaled a rack with a piece of mirrored glass. In this exhibition a new work, The exceptionally long letter (2010), returns to the bottle rack motif yet again. Wrapped in plastic as it is, the rack becomes a multilayered exploration of the way objects are assigned meaning.

In Algebra and Geometry (2010), jars mounted to the wall are filled with pages torn from Algebra and Geometry texts. Attached through the lid they horizontally jut out like pegs. A minimalist mathematics problem whose meaning might be difficult but not impossible to puzzle out, these works invite multiple solutions. Likewise the sculpture Moire Future (2010), (a book on predicting the future, sandwiched between folds of chicken wire) offers another visual inconsistency resolvable via linguistic acrobatics – the book bound in overlapping grids, an interference pattern obscuring language about a subject we can’t possibly know. Wentworth’s photographs capture the ephemeral, accidental placement of objects in city streets – coats hung on a fence, tin cans on a bicycle seat, or an accidentally humorous shadow. Like Charles Baudelaire’s flâneur, Wentworth’s lens is a voyeur observing urban happenstance, an unpeopled landscape full of the evidence of human life.

Richard Wentworth was born in Samoa in 1947. He attended the Royal College of Art in London from 1966-70 and taught at Goldsmith’s College, University of London from 1971-87. In 2002 he became Master of Drawing at the Ruskin School of Drawing and Fine Art, Oxford University, and in 2009 was appointed Professor and Head of the Royal College of Art’s Sculpture Department, London. Previous presentations include solo and group exhibitions at Serpentine Gallery, London (1993, 1995); the 50th and 53rd Venice Biennales (2003, 2009); and Tate Modern, London (2005, 2007). He was awarded the Mark Rothko Memorial (1974) and the Berlin DAAD Fellowship (1993-94). Wentworth’s work is also in the permanent collections of many international museums. He currently lives and works in London.

An opening reception will be held on 9 September from 6 to 8 pm.