A Theory of Vision 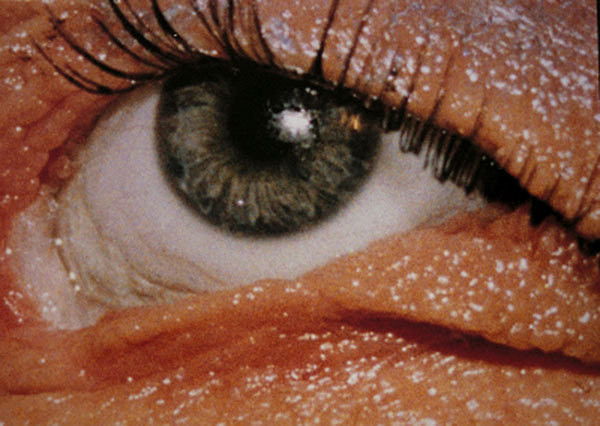 A Theory of Vision: a Review presents the problems of visibility, perception, observation and visual cognition in various artistic, ideological and technological configurations. They are concerned with the eye and its perceptual abilities, as well as with optical tools and theories which facilitate the visualization and explanation of reality (the dream of overcoming the invisible). The exhibition is an original re-consideration of this problem in the context of Polish modernist tradition and of selected lesser known works of contemporary artists approached in a different way.

The title of the exhibition refers to “A Theory of Vision” (1958) by Władysław Strzemiński, the forerunner of the international avant-garde. There will be presented Strzemiński’s drawings on carbon paper, as well as his landscapes and afterimage paintings. The historic context for the theory of vision is provided by the works of the precursors of optical illusion (Dürer, Schott, Ziarnko, Norblin, Hamngren) and by optical eye-supporting apparatuses (from magic lantern to stereoscopes). A peepshow, which showed images that excited the imagination of the mass viewer of the 19th century, is the key machine for viewing presented at the exhibition; photographs of the outer space taken by the Hubble Space Telescope will be the contemporary reference to this spectacle.

The 20th century ideology of the eye and its motivations are presented in three perspectives. The first is represented by artists who attempted to look at what is hidden in the depths of unconsciousness (Max Ernst, Tristan Tzara, Bunuel, Salvador Dali). The second embraces the vision of modernist radicals (Jerzy Kujawski, Tadeusz Kantor, Jerzy Pawłowski, Józef Robakowski) who used the structure of painterly abstraction to look beyond the limits of the visible and attempted to create virtual reality (Zbigniew Rybczyński). The third perspective refers to the politicality of the eye. According to the artists, the eye is the criticism of reality, and vision is a form of resistance to the repressive manipulations of the image (Zbigniew Libera, Thomas Ruff, Aernout Mik, Jill Magid, Krzysztof Wodiczko).

The exhibition was organized in co-operation with Netherlands Embassy in Warsaw, Institut Français de Varsovie and Getty Images

The exhibition is supported by the Ministry of Culture and National Heritage of Poland, Mondriaan Foundation, Institut für Auslandsbeziehungen e.V.