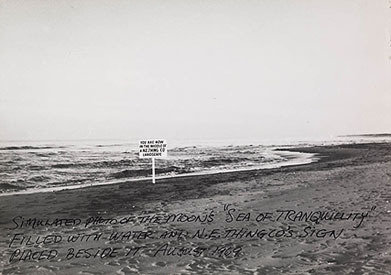 Traffic: Conceptual Art in Canada 1965–1980 is the first major exhibition to focus on the influence and manifestations of Conceptual Art in Canada. As demonstrated by the works in this exhibition, Conceptual Art was taken up in complex and diverse manifestations with its premises enacted, hybridized and inflected by the particular local and geographic needs and interests of individual artists, collectives and art communities. Presenting works by over one-hundred artists from across Canada, Europe and the United States, the exhibition bears witness to the formation of artist-driven exchanges and institutions, as well as social networks in the emergence of this global phenomenon.

Concerned with language, body, place and geography—all constitutive elements and primary interests of Conceptual Art internationally—Traffic is organized around urban and regional centres from Halifax to Vancouver, but seeks to capture the effervescent, and often contentious, lines of traffic between them.

Organized and circulated by the Art Gallery of Alberta, the Justina M. Barnicke Gallery and the Vancouver Art Gallery, in partnership with the Leonard & Bina Ellen Art Gallery (Concordia University) and Halifax, INK.

Financially supported by the Museums Assistance program of the Department of Canadian Heritage and the Canada Council for the Art.

The exhibition will conclude with the conference Traffic: Conceptualism in Canada which takes place at the University of Toronto from November 25 to 27, 2010. Organized by the Justina M. Barnicke Gallery, the conference is made possible through a generous grant from the Social Sciences and Humanities Research Council of Canada and the financial support of the Canada Council for the Arts. Registration opens November 1, 2010.

The exhibition will travel across Canada in 2011-12