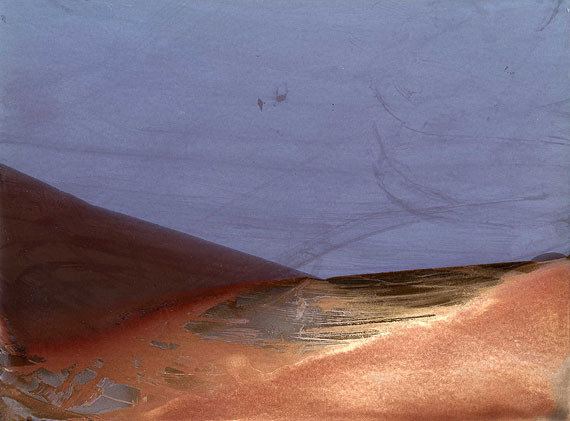 Atlas Gallery is pleased to announce an exhibition of work by the acclaimed German photogram artist, Floris Neusüss, to coincide with the exhibition Shadow Catcher: Camera-less Photography at the Victoria & Albert Museum, London (13 October 2010 - 20 February 2011), which features the work of Floris Neusüss, Adam Fuss, Gary Fabian Miller, Susan Derges and Pierre Cordier. A pioneer of photography, Floris Neusüss has dedicated his whole career to the practice, study and teaching of the photogram, exploring its technical and visual possibilities and pushing the boundaries of the medium. Neusüss was inspired by the Constructivist camera-less photography of Làszló Moholy-Nagy and by Man Ray's Surrealist photograms or “Rayographs”.

Photograms are created by the placement of objects on light-sensitive paper or film, and once exposed to light, the shape of the object is revealed. The proximity of the object to the paper creates sharper or softer outlines and the intensity of the tones is dependent on the transparency of the objects and the amount of light used. The process is akin to “painting” with light, resulting in a ghostly silhouetted 'negative' image. Neusüss further departs from the conventional photogram by occasionally wiping a brush, sponge, or rag dipped into developer or fixer solution across the surface of the paper to produce controlled, painterly gestures. Sometimes he does not fix his prints, allowing the works to constantly change over the years and the photographic process to continue beyond the darkroom.

Amongst Neusüss' best known works are his Körperfotogramms (also known as Nudogramms), life-size silhouettes of nude bodies exposed on photographic paper in a variety of expressive poses. Often suggesting rapid motion, the figures are caught in space and in an ethereal dream-like state. Neusüss comments: “In the photogram...man is not depicted, but the picture of him comes into being by an act of imagination”. He worked on this series throughout the 1960s and early 1970s, initially using standard silver bromide paper to show white figures on a black background and later using auto-reversal paper to make black figures on white backgrounds.

The exhibition at Atlas will feature a wide cross-section of works from the early 1960s to 2010, including the “Nudogramms” (from the early 1960s), “Tellerbilders” (or “Plate” pictures, from 1968), circular forms created with dinner plates on both black and white and colour photographic papers in vertical arrangements; “Faltbilders” (“Folded” pictures, from 1964), in which the photographic paper is folded, exposed to light, and unfolded to reveal the patterns and symmetries created; “Knitterbilders” created by crumpling small pieces of unexposed photographic paper, flattened, exposed to light and processed; “Artificial Landscapes”, produced by dipping unexposed photographic paper into chemicals normally used to process black and white photographic prints. The exhibition will also include one example from Neusüss' most recent body of work, commissioned by the V&A, in the form of a photograph printed on acetate of the Oriel Window at Lacock Abbey in Wiltshire. This is taken from his life-size photogram of the window, “Homage to Wiliam Henry Fox Talbot: his 'Latticed Window' in Lacock Abbey”, which is included in the V&A 'Shadow Catchers' exhibition. The window at Lacock Abbey was the subject of Fox Talbot's first photographic negative, created in 1835, and this is among a series of pieces paying tribute to nineteenth century pioneers of photography.

Born in 1937, Neusüss studied printmaking before turning to photography. He was an influential teacher in Germany and recently retired as Professor in Experimental Photography at the University of Kassel, a post he had held since 1971.