130 paintings, most from the 17th century, by Dutch and Flemish masters 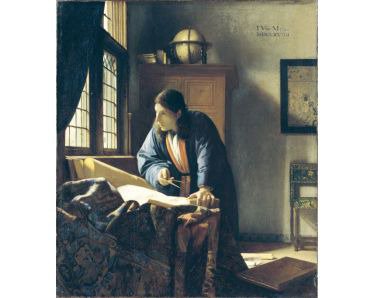 From October 7, 2010 to January 23, 2011, the Guggenheim Museum Bilbao will present The Golden Age of Dutch and Flemish Painting from the Städel Museum, a splendid selection of masterpieces from the Städel Museum in Frankfurt, one of Europe’s most important institutions. The Museum owns a unique collection of seventeenth-century Dutch and Flemish paintings from the so-called Golden Age, the period of greatest Dutch hegemony.

Installed in the galleries of the Museum’s third floor, and sponsored by Fundación BBVA, the exhibition offers visitors a journey through 130 masterpieces from the period, most of which have never been on display in Spain before. Through historical painting and portraiture, as well as genre painting, landscapes, and still lifes, these works showcase the Dutch elite’s specific taste and particular ideals.

Curated by Jochen Sander, Deputy Director and Head of German, Dutch, and Flemish Painting at the Städel Museum, the exhibition includes masterpieces by over 80 artists, including the most prominent ones from this period: Jan Vermeer, Rembrandt, Frans Hals, Peter Paul Rubens, the Brueghels, Jordaens and Teniers, Gerard ter Borch, Jan Steen, Jan van Goyen, Cornelis de Heem, Karel van Mander, Dirck van Baburen, Abraham Mignon, or Adriaen Brouwer, among others.
In the decades after 1568, when the Netherlands revolted against Spanish Habsburg rule, the United Provinces in the north successfully became a decisive power in world trade. A sense of identity and national pride was formed against this background and the bourgeois business elite, who were accumulating vast fortunes in those years, wished to capture their values and ideals in the paintings that adorned their halls. From the standpoint of historiography, this period of economic bounty, reflected in the quality of Dutch artwork, was called the Golden Age.

The seventeenth-century Dutch and Flemish paintings that played a central role in the collection of merchant and financier Johann Friedrich Städel (1728–1816) make up a large part of the Städel Museum collection, which was created in his hometown, the commercial metropolis of Frankfurt, after his death in 1816. The contents of this collection, which has been built up for almost 200 years through donations, as well as planned purchases of outstanding individual works, offer an overview of European painting from 1300 to the present. Specifically, the collection of Dutch and Flemish painting from the Golden Age garnered fame in the nineteenth and early twentieth century, ranking among the world's foremost collections thanks to extraordinary acquisitions that continue to enrich it even today.

Scope of the exhibition
The Guggenheim Museum Bilbao presents an extensive selection of Dutch paintings enhanced by significant and representative Flemish Baroque works in a thematic tour of five major sections that correspond to the major painting genres in which the artists of the day specialized: still lifes, history, landscape, portraiture, and genre painting and interiors, which attest to the Dutch elite’s tastes.
The achievements of the so-called Golden Age of Dutch and Flemish paintings, a period that spans from approximately 1580 to the early eighteenth century, are exceptionally represented in The Geographer, a masterpiece by the great Dutch painter Jan Vermeer that is on display in Spain for the first time. The colorful pictorial elegance, optical delicacy, fusion of levels of consolidated genres, and union of art and science combine to make this painting a symbol of Dutch painting of the period and thus, one of the exhibition’s pivot points. For the first time since it was inaugurated, the Guggenheim Museum Bilbao is welcoming a work by this great master, a pioneer in the use of optical tools, such as the camera obscura, who produced just over thirty works during his career and whose relevance to art history was not recognized until two hundred years after his death.