The Enemy Inside Me. This exhibition will be a mid-career retrospective welcoming the Istanbul born artist home after a prosperous international career of almost 13 years. Ataman's video and film works document the lives of marginalized individuals who explicitly give voice to their own obsessions, their relations with micro and macro power structures and verbalize straightforwardly their subliminal issues or sexuality. 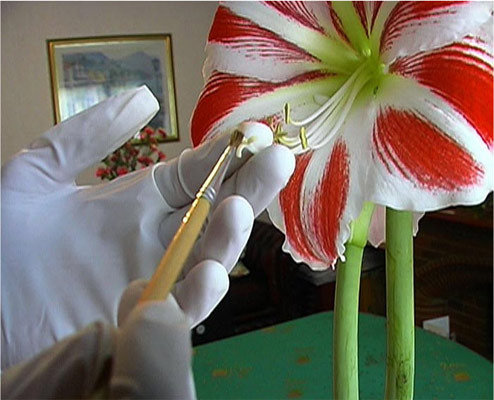 İstanbul Modern is pleased to present the most comprehensive exhibition ever held by the internationally renowned contemporary artist Kutluğ Ataman, The Enemy Inside Me, that will bring together Ataman’s video installations as the first large-scale show.

Kutluğ Ataman first rose to prominence with his contribution to the 1997 International İstanbul Biennial. Later, he pursued a successful international career by opening exhibitions in distinguished museums and participating in biennials around the world. The prestigious awards he has obtained, books about his oeuvre and the social and political consciousness of his works earned him a well-deserved reputation and recognition in Turkish art circles. Yet, Ataman could exhibit only some of his works in Turkey. This exhibition will be a mid-career retrospective welcoming the İstanbul born artist home after a prosperous international career of almost 13 years. The Enemy Inside Me will present 11 major works including Women Who Wear Wigs (1999), Never My Soul (2001), It’s a Vicious Circle (2002), 99 Names (2002), The 4 Seasons of Veronica Read (2002), Stefan’s Room (2004), Testimony (2006), Paradise (2006), Turkish Delight (2007), fff (2006-9), along with a new work never before seen in Europe, Beggars (2010), co-commissioned by Thomas Dane Gallery and the 29th Bienal de São Paulo, 2010.

Kutluğ Ataman’s video and film works document the lives of marginalized individuals who explicitly give voice to their own obsessions, their relations with micro and macro power structures and verbalize straightforwardly their subliminal issues or sexuality. Ataman explains his preference of these characters as follows: “I am not interested in exposing these people and turning them into a show. I only work with people that I see myself in.”

Ataman chooses narratives that dangle between reality and fiction, resembling primarily the style of documentation. He questions how individuals manifest their identities through storytelling and how narratives are used to re-fabricate another ‘self’. While offering an alternative to the categorizing structure of identity politics by putting the individual at the core, Ataman also interconnects significant themes of contemporary art today, such as historiography, social/individual identity, memory, plurality, myth, game and power.

Individuals at the centre of Ataman’s works narrate not over an academic, institutionalized and fixed representation of history, but over flexible performances such as personal myth-making, masking and shielding. While verbalizing personal stories, individuals expose the ease of verbal expression and persuasiveness of language. In his video works, Ataman shapes the layout of screens through the installation-sculpture like forms.

Who is Kutluğ Ataman?

Born in Istanbul in 1961, Ataman now lives and works between London, Islamabad, and İstanbul. After graduating from the Galatasaray High School, he studied cinema and television at the Mimar Sinan University and cinema at the Sorbonne University. He received his associate degree from the Los Angeles Santa Monica College.

He received his bachelor’s degree from the University of California in Los Angeles (UCLA), where he continued on with his master of fine arts studies.