The exhibition brings together works by Dan Graham (Triangle Pavilion, 1987), Susan Hiller (The Last Silent Movie, 2007), Joachim Koester (Tarantism, 2007), Guillaume Leblon (Unknown Group, 2008) and a selection of drawings by Marc Nagtzaam. The show deals with the possibility of the emergence of the individual/subject within a group and, in a connected way, with the necessary emergence of the subject's feeling of belonging to the group. Curated by Eva Gonzalez-Sancho. 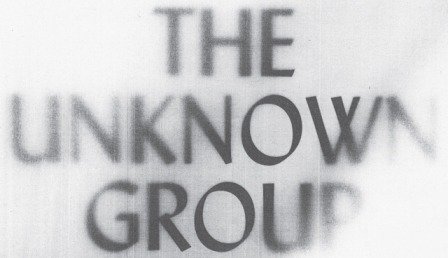 The exhibition deals with the possibility of the emergence of the individual/subject within a group and, in a connected way, with the necessary emergence of the subject’s feeling of belonging to the group. The circuit around the works will take us into territories where the way they function reveals the plurality of the possible positions to take and the latent difficulty of thinking in terms of the collective, and feeling both a desire for it, and its loss. Between the development of a capacity to act and the experience of powerlessness, the exhibition invites us to be not necessarily in one or other of these positions, but much more in a place “beyond” any dualism.

Conceived for a gallery space or outdoors, Dan Graham’s pavilions are subversive and sometimes hilarious hybrids, which have little to do with minimalist sculpture. They borrow just as easily from primitive huts as from architecture and modern urbanism (sky-scrapers, office buildings) as well as shopping malls, suburban tract housing, and park music gazebos. To explain the specific experience that the viewer has when faced with Pavilions, Dan Graham writes: “The observer is made to become psychologically self-conscious, conscious of himself as a body which is a perceiving subject; just as socially, he is made to become aware of himself in relation to his group. This is the reversal of the usual loss of ‘self’ when a spectator looks at a conventional artwork. There, the ‘self’ is mentally projected into (and identified with) the subject of the artwork. In this traditional, contemplative mode the observing subject not only loses awareness of his ‘self,’ but also consciousness of being part of a present, palpable, and specific social group, located in a specific time and social reality [...].” (Dan Graham, “Notes on Public Space/Two Audiences,” in Two-Way Mirror Power. Selected Writings by Dan Graham on His Art, ed. Alexander Alberro, The MIT Press, Cambridge Mass. London, 1999, p.158.)

Triangle Pavilion (1987) works as an attempt to “contain” that which is shown by the glass wall: at the same time inclusion and exclusion of the viewer and his/her environment. The work reveals and both neutralizes and pacifies the relationships by placing the subjects in a sidelong face-to-face. What’s more, the artists considers the task of the work of art to be neither resolving social or ideological conflicts, nor to create new clashes, but rather to draw attention to the flaws in different ideological representations by revealing their conflicting character. Triangle Pavilion functions as a dissonant device with its glass walls and its transparency, which evoke the “zones of communicational comfort” of our urban centers turned commercial spaces and, at the same time, the very nature of a public space under transformation, which requires a new conception of politics founded on disparate identities.

A similar dissonant device appears in the film by Joachim Koester. Lacking both set and music, Tarantism (2007) gives spectators a vision of bodies given over to a non-conventional body language. By making dancers “play” at doing the tarantella,1 Joachim Koester engages the spectator in a confrontation with his/her own capacity to define and to recognize normative behavior. The trance that each dancer finds himself in may appear, therefore, to be the undertaking of a process either of emancipation or of alienation, depending on the relationship one maintains with normative behavior. The men and women in this film all seem to be dancing on this fragile borderline, the razor’s edge of group experience and the off-centeredness implied. The space thus created by Joachim Koester actually develops the possibility of envisaging the emergence of other positions since the bodies hint at a coherence and a common function and constitute “a constructed anthropological platform for a journey towards the terra incognita of the body.” (Joachim Koester)

For Marc Nagtzaam, to draw is to construct an unknown place for the artist and the public to live in: “The drawings,” he says, “are like empty spaces, parallel to the world. I try to create a place that is not clearly defined.” Done in grey graphite, his drawings have their sources in architectural details, the vocabulary of graphic design, photographs, magazine tables of contents. These different sources are reduced to their most elementary expression. Dots, lines, strokes, stripes, bands, surfaces and words create a space on the surface of the paper and, in spite of the constraints of the sheet of paper and the austerity of the grid, liberate themselves to the point of occasionally trying themselves out on the exhibit venue’s walls. “There is a degree of playful (yet all the more radical) freedom to Nagtzaam’s luminous compositions that lends his work an organic feel only superficially at odds with his preference for an angular, machinic minimalism. Nagtzaam is only marginally interested in systems, series and permutations, nor does he care for the accidental poetry of mathematics – a popular love interest among conceptually inflected drawing artists.” (Dieter Roelstraete, “Twittering Machines,” written in conjunction with Marc Nagtzaam’s exhibition, Nothing Rhymes, ProjecteSD, Barcelona, 2008)

In The Last Silent Movie (2007), Susan Hiller proposes an exploration of languages which have died out or are in the process of disappearing. She confronts the spectator with the duality which resides at the very heart of the archive, a presence which makes up for a disappearance, an archive which shows that which perhaps has already ceased to exist. The black screen comes to life only with phrases which are the written translations of that which is said for the last time on the sound track. In this piece, the sound trace is therefore coupled with the effort of translating and renders perceptible the ambiguity inseparable to the notion of culture such as it is conceived of in Western tradition. According to Homi Bhabha, the very symbol of a cultivated or civilized posture is precisely the capacity to identify and appreciate cultures in the context of a sort of imaginary museum. Susan Hiller thus shows us to what extent the act of signifying in and of itself leads to a loss of sense.

Unknown Group (2008) by Guillaume Leblon moves within the interior of multiple signs. The visitor finds himself face to face with something which might be on the order of an image of a landscape which is waiting to unfold. Unknown Group plays on the perturbation which results from seeing the outside invade the inside. The piece could just as well evoke an “intriguing” tool for measuring space. “The vaporous indecisiveness of objects and their untraceable nature, not to mention their paradoxical, discordant characteristics – present, for instance, in Unknown Group – provide an explanation for the fact that each of them may form a part of something else, even though this other thing may seem antithetical or inappropriate. Leblon’s works are therefore like aureoles, transitional spaces that connect different areas, levels and fields of meaning [...].” (Manuel Olveira, “No Attributes, Full Details, All Special Features,” in cat. Guillaume Leblon. Parallel Walk, Frac Bourgogne, Dijon; Centro Galego de Arte Contemporánea CGAC, Santiago de Compostela, 2009, p. 13.)

The works presented in the exhibition The Unknown Group thus display multiple propositions of “acting” without, however, finding themselves in the “already known.” These territories of action, the territory of the art work and the territory of the exhibition by extension, sketch out the contours of that which Homi Bhabha calls the “third-space,” an alternative space which distinguishes itself notably by its creative potential, which permits it to sidestep expectations and normativity.