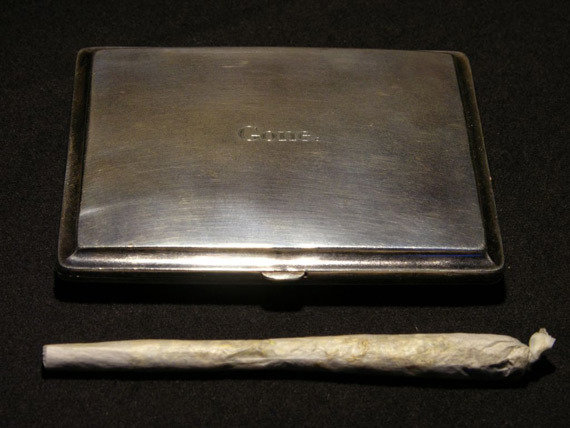 In early October 2008, Natascha Stellmach was the most-googled artist in the world. Emotions were charged, sides were taken – for or against her – and questions were raised: Is it art? Is it legal? Is it sacrilegious? Is it true?

Berlin-based Australian artist Natascha Stellmach caused an extraordinary media sensation in 2008 with the press release to her Berlin exhibition Set me free at WAGNER + PARTNER, in which she invited volunteers to join her in smoking the ashes of dead rock star Kurt Cobain. Stellmach never revealed how she obtained the ashes and held no interviews, instead her press release to 200 selected journalists ignited a media-hype that spread across 58 countries, creating furor, public outrage and admiration, especially online. Websites, blogs and chat rooms erupted and death treats were sent.

If the smoking of the ashes was the final act – then Complete Burning Away, Stellmach’s dramatic upcoming show at PICA is the epilogue. Her concluding remarks take the form of videos, artist books, painted walls and objects.

As an introduction to the project’s history, a split-screen video, Overture, mashes up user generated responses from YouTube and other online video sharing platforms. Across the gallery walls in Whatever Happened to Painting?, hundreds of outrageous quotes questioning the ethics and merits of Stellmach’s project in relation to art are painted in primary colours. Two hand-bound artist books highlight the public opinion in relation to the smoking of Nirvana’s infamous leader and illustrate how the media used the hype to sell products. One 4-wall video installation, Scream, offers an intense sonic experience where an amplified left-handed guitar is smashed against a wall until it ‘dies’, while another, Who will smoke the ashes of Kurt Cobain? is an intimate play of monologues by six volunteers from Russia to Sweden who answered the call to smoke the ashes and share their candid thoughts on suicide, death and the smoking of cremated remains. As a response to our desire for absolutes, Stellmach created Artist Statement - a framed envelope with text imprinted onto a black wax seal.

Natascha Stellmach’s exhibition shares with the audience the full gamut of responses to this highly provocative and controversial act. Complete Burning Away boldly interrogates the public ownership of celebrity figures and the nature of truth, sensation and the mechanisms of mass media. More than that, this exhibition is a reflection on suicide and tragedy and the artist’s chosen means to pay her respects. Complete Burning Away places Natascha Stellmach in the echelon of artists who have acted with provocation and emotion. She is an artist and activist who has powerfully and poignantly affected the masses.

Time/lapse brings together five of Australia's most exciting female artists to present recent video art works that explore the concept of the body as a product of time, history and nature. The works reveal how we respond to social forces, how we establish learned behavioral patterns and what can constrain and inspire our bodies.

The Time/lapse series was originally screened at City Gallery, Wellington, 2009-10

Dachshund U.N. is both a large-scale architectural installation and a participatory performance work that examines the role of the United Nations as a risk management organisation. Bennett Miller will transform the Perth Cultural Centre Amphitheatre into a replica of a former U.N. office in Geneva, Switzerland. The structure will play host on consecutive Saturdays to a meeting of the U.N.'s Commission on Human Rights, wherein all of the national delegates are live dachshunds!

Dachshund U.N. is both a joyful and chaotic experiment, and a meditation on the utopian aspirations of the Commission of Human Rights, and our capacity as humans to imagine and achieve a universal system of justice. With EPRA's support, PICA would like to invite Perth audiences to the cultural centre for exclusive live viewings of the operation of the Dachshund U.N., where 47 specially recruited dachshunds will engage in rigorous debate.

While you can easily access this light and enjoyable work, it carries a very serious set of parameters for contemplation. It is a thought provoking installation that challenges our judicious aspirations and exposes the inherent structural flaws of multinational bureaucracies that are predisposed to fail.

Dachshund U.N. is critically acclaimed and garnered massive crowds when it was shown in Melbourne as part of the Next Wave Festival. This overwhelmingly popular and fun work has been created by WA artist Bennett Miller. The project is for people of all ages and encourages a family visit to the cultural centre.