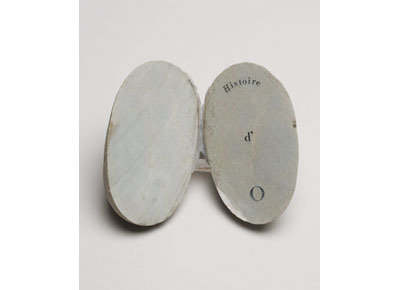 Alberto Burri (1915–1995) was a seminal artistic figure of the 20th Century, a forebear to many artists and artistic movements—from Pop Art to Arte Povera—both in Italy and the United States. Burri’s fame is great in his native Italy, but he remains relatively unknown in the United States, despite the fact that for over 25 years he would winter in his home in the Hollywood Hills, where he produced more than 60 major works of art. Combustione: Alberto Burri and America—a tightly focused exhibition featuring 36 major works from 1951 to 1990—pays particular attention to both his reception and his production in the United States.

Burri’s biography links him closely with the United States. While a doctor in the Italian army during WWII, Burri was taken captive in Tunisia by U.S. troops and detained at Camp Howze, a prisoner-of-war facility in Hereford, Texas. At some point during his captivity, Burri began drawing and painting. This happenstance initiated his five-decade-long career.

After the war, Burri completely rejected his medical training, and with no formal instruction embarked on a career as an artist. Though he began as a painter, he soon abandoned traditional materials in favor of the creative reuse of mundane objects. The appearance of his Sacchi series in the early 1950s, which incorporated burlap material from military and Marshall Plan supply sacks, represented a radical shift in modernist art-making. Burri innovatively used the discarded debris of everyday life and utilitarian materials such as tar, sheet metal, plastic, and wood which he completely transformed through the actions of tearing, stitching, burning, and collaging.

Interestingly, Burri’s first success as an artist was in America, predating widespread notoriety in his homeland by several years. Starting in the early 1950s, concurrent with the development of his first burlap paintings, Burri had contact with several influential American artists, dealers, and curators who supported his work. The art historian James Johnson Sweeney, then director of the Solomon R. Guggenheim Museum, visited Burri in 1953 and became an enthusiastic promoter of his work. Several New York and Chicago art dealers came to view his work at this time and subsequently gave Burri gallery shows in the United States. Despite these auspicious beginnings, Burri remains relatively unknown in the United States.

Burri purchased a home at 7423 Woodrow Wilson Blvd. in the Hollywood Hills in 1963—a location selected for the dry weather climate and its proximity to his wife’s family. He spent each winter there until 1989, and the remainder of the year between Rome and his hometown of Città di Castello. He often titled pieces simply according to their material or series, and titled many artworks produced in Los Angeles with either the prefix or suffix “L.A.”

Combustione highlights projects that occupied Burri in the twenty-five-year period during which he worked in L.A. This landmark exhibition of Burri’s work defines Burri’s importance as an artist for a new generation of Americans.

Major support for the exhibition is generously provided by The Andy Warhol Foundation for the Visual Arts, Isabella del Frate Rayburn and Maurice Kanbar, Randi Malkin Steinberger and Harlan Steinberger.

Libro/Oggetto: Italian Artists’ Books 1960s–Now presents a concise history of Italian art through the form of the artist’s book. The artist’s book is extremely varied—in the imagery, language, medium, and content embraced by its author—and the wide range of examples selected for this exhibition emphasizes the possibilities of the genre. In many instances, in fact, the included works do not conform to the traditional structure of a book, or, for that matter, to any conventional art object. They are a hybrid form: book/art/object. Conceived as a complement to Combustione: Alberto Burri and America, Libro/Oggetto features works by Burri’s contemporaries and successors, creating a contextual framework for his production.

Libro/Oggetto includes work by 49 artists working in a wide array of artistic movements. For example, the Visual Poetry artists of the 1960s and ’70s used the book inventively to explore the combination of text and image. Arte Povera, which erupted from within a consumer society marked by mass production, sought to create work with “poor means.” For these artists, the book became a vehicle for constructing a new, raw visual vocabulary with everyday materials. During the late 1970s and early ’80s, the Transavanguardia movement dramatically expanded the definition of painting. For those artists, the book was the perfect format in which to show their new brand of figuration and narrative.

A generation of young artists continues to work with this form, expanding upon the trails blazed by their forebears. Libro/Oggetto illustrates the rich diversity inherent in the artist’s book, revealing the artistic trends of Italian art over the past 50 years.

Support for the exhibition has been provided by Fondazione Azzurra. Additional support is provided by the Istituto Italiano di Cultura (IIC), Los Angeles.