Through the works in its collection, Mudam explores a spirit that, since Marcel Duchamp, continues to infuse contemporary artistic creation. The practices of misappropriation and irony serve the critical spirit of the artists and give them the distance and the filters necessary to bring a sense of play to the serious business of their quest. The exhibition offers an introduction, without preconceptions, to artworks in which subversion and poetry, humour and criticism are mixed together and collide. 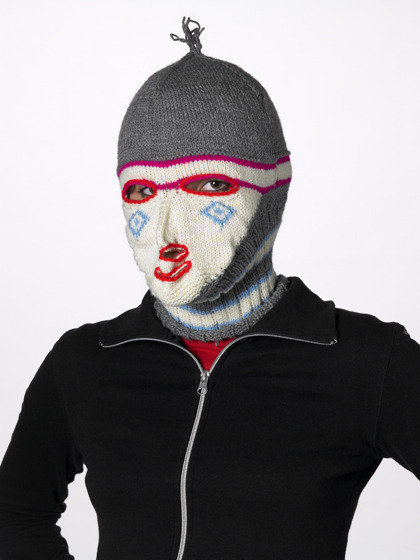 Through the works in its collection, Mudam explores a spirit that, since Marcel Duchamp, continues to infuse contemporary artistic creation. The practices of misappropriation and irony serve the critical spirit of the artists and give them the distance and the filters necessary to bring a sense of play to the serious business of their quest.

Since the end of the last century, subversion, appropriation and recuperation are all practices that numerous contemporary artists have indulged in with undisguised pleasure. First in line is Marcel Duchamp, an inveterate chess player who, with a magisterial stroke, forced a stalemate in art in 1917 by exhibiting a urinal signed R. Mutt. Above all, the Dada movement (a name chosen at random from a dictionary) invented a playful, anti-establishment artform in response to the rational madness of a society profoundly effected by a murderous world conflict. Whether they seek to critique our habits and certainties or are merely interested in the poetry of daily life, these artists (who are often endowed with a biting humour) share a taste for play and do not hesitate to demolish the codes of art and society.

General Idea was an artists’ collective in the 1980s that was emblematic of the art of subversion, mocking the shortcomings of a materialistic society by turning its own imagery against it, by way of corporate, publicity and press visuals. The Pasta Paintings are eloquant in this way as everybody can immediately recognize the Visa and Mastercard logos rendered in pasta.

The appropriation of media techniques and pratices in order to highlight their vacuousness is also characteristic of Claude Closky’s art. Guili-Guili lays out to infinity a series of drawings made up of pages taken from magazines, the original meaning of which is undermined by the artist. A comic effect arising from inoffensive balloons containing onomatopaeia and interjections is difficult to resist: “Argh, “Tagada” and “Caramba” sanctimoniously exclaim the protagonists of this world of glossy images.

Some artists display a deliberately provocative or punk attitude, including Albert Oehlen with the Spanish title of his painting Bobo Alegre conjuring up the figure of the “Happy Imbecile”, John Giorno whose invectives are brazenly presented on coloured backgrounds, and Christoph Büchel who invited a quartet of charming eighty-year-olds to sing “God Save the Queen” by the Sex Pistols. No Future. Yes, but which one?

Other more zany ones don’t hesitate to put themselves in somewhat ridiculous situations such as Heimo Zobernig in his video N°24 where he faces (in a combat with heroic undertones) assaults from the colours red, green and blue which try to make him literally disappear. It is the artist fighting against abstract art in a way… The poetry of the absurd also permeates the “'pataphysical” films by João Maria Gusmão and Pedro Paiva in which the laws of physics seem to be abolished and the supernatural comes surreptitiously to the fore.

Another, more prosiac, sort of game using appropriated objects and pre-existing forms is deployed in the work of artists such as Tony Cragg and Jürgen Drescher. One “paints” with the help of found materials while the other rips out his kitchen floor and mounts it as a painting-sculpture. Moreover, subversion seems to intrude in all fields of creative activity: the designer Sam Baron takes up the production of traditional Portuguese earthenware and reinterprets vernacular forms while stylist Martin Margiela invents objects with multiple functions.

While the first floor of the museum is now devoted to the thematic presentation of the collection, the exhibition Premier étage - Second degré offers an introduction, without preconceptions, to artworks in which subversion and poetry, humour and criticism are mixed together and collide.