The festival brings together 4 of Clemens von Wedemeyer's expanded film installations - Occupation, 2002, Otjesd, 2005, From the Opposite Side, 2007, and a selection of artworks and installations from 'The Fourth Wall', including Against Death, 2009. 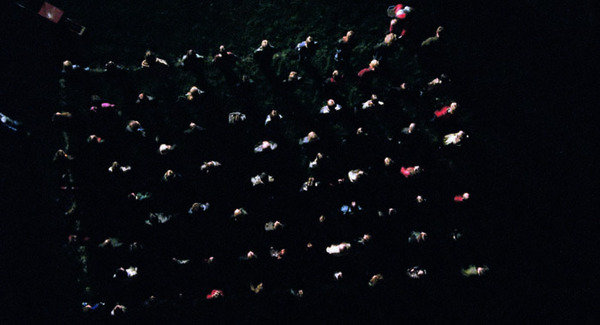 The Repetition Festival Show brings together, for the first time in Ireland, four of Clemens von Wedemeyer’s expanded film installations – Occupation, 2002, Otjesd, 2005, From the Opposite Side, 2007, and a selection of artworks from ‘The Fourth Wall’, including Against Death, 2009, in a single gallery room across an expanded period of time.

The Repetition Festival Show presents a rich body of work, highlighting some of the recurring subjects and forms in his films and installations, while also declaring the breadth and diversity of his practice through the constant evolution of artworks.

For his solo exhibition at Project Arts Centre an exhibition apparatus is being designed to create a gallery installation which is both film festival and video installation in one: every three weeks a different film installation will open in the same gallery environment to bring, throughout the duration of the show, four of Clemens von Wedemeyer’s most celebrated installations to Dublin. Emerging out of the artworks themselves, the concept for the exhibition draws on the constantly revolving scenarios we see in von Wedemeyer’s films - looping temporally, physically, or narratively.

The Repetition Festival Show is accompanied by a free festival guide, which includes posters that delve into the history of movie advertising, designed by von Wedemeyer and Till Gathmann, as well as new texts written by Tessa Giblin, Saskia Vermeulen and Andrea Viliani. This is an extraordinary opportunity to see what amounts to a survey exhibition, expanded over time.

The Repetition Festival Show is curated by Tessa Giblin, Curator of Visual Art at Project Arts Centre, and the guide is co-produced with Fondazione Galleria Civica, Research Center on Contemporaneity, Trento.

The publication and exhibition are made possible by the generous support of the Goethe-Institut Irland. With thanks to Philippe-Alain Michaud and Centre Pompidou for making possible the loan of From the Opposite Side. With further thanks to Andrea Viliani, Galerie Jocelyn Wolff, Koch Oberhuber Wolff, Till Gathmann, and Marisa Baptista. Project Arts Centre is supported by the Arts Council and Dublin City Council.