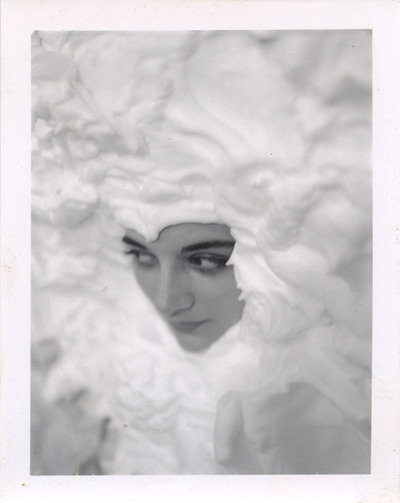 More than twenty years after Mark Morrisroe’s early death, Fotomuseum Winterthur is presenting the first comprehensive survey exhibition on his work—an extraordinarily diverse body of works that has usually been shown in group shows, mostly in connection with his famous Boston colleagues Nan Goldin and David Armstrong. The exhibition, curated by Beatrix Ruf and Thomas Seelig, is a collaboration between Fotomuseum Winterthur and the Estate of Mark Morrisroe (Ringier Collection).

In the Boston of the early 1980s, Mark Morrisroe was a well-known, charismatic figure, who often appeared in drag together with the artist friends he had met while studying and who performed in bars and clubs with Stephen Tashjian (alias Tabboo!) as the “Clam Twins”. As an artist and photographer he was also at the center of the lively Boston punk scene, whose most important protagonists were known well beyond the city. Like Nan Goldin and David Armstrong before him, Mark Morrisroe moved to New York in the mid-1980s to try his luck there. He died—far too early—in July 1989, at the age of just 30, from the consequences of AIDS.

References to Morrisroe’s origins and past are surrounded by a dense mist that makes it impossible to differentiate between truth and fantasy. By continually inventing and varying scenarios about himself, the settings for which extended from the past to the future, Morrisroe always understood how to collaborate actively in shaping his own myth, feeding it with fanciful layers of lies, or indeed letting it float into the void. His public presence could be engaging, and sometimes loud and disturbing, too, but silence fell after his death—both around the artist and his photography.

In retrospect, Morrisroe’s art studies in Boston and his years in the punk and art world of that city can in fact be seen as his most content and productive period. There he discovered a positive approach to his sexuality, and in the person of Jonathan “Jack” Pierson, who appears in many of his photographs and Polaroids, found his first great love. The first intimate portraits of close friends such as Lynelle White (with whom he published five editions of the collaged, photocopied and colored-in Dirt fanzine in 1975–76) were produced there, as were many of his first narcissistic self-scenarios in front of the camera. There Morrisroe shot the low-budget trash film Nymph-O-Maniac in the style of his idol John Waters, with Pia Howard as the main performer.

Mark Morrisroe’s short creative period, of barely ten years, was characterized by an amazing output of photographic experiments, and stands out for its constantly searching, inquisitive, and always individual aesthetic, as a glance at the photographer’s extensive estate reveals. The estate was acquired by the Ringier Collection in 2004 and was placed in the care of the Fotomuseum Winterthur in 2006. The estate comprises around 600 color prints—a few of them duplicates—approximately as many gelatin silver prints, about 800 of the 2,000 known Polaroid shots by Morrisroe, all the negatives, contact prints, and some of his personal papers, giving some idea of the unbridled enjoyment and energy with which Mark Morrisroe threw himself into his life and work.

The exhibition will feature early color and black-and-white prints, Polaroids, and Polaroid negatives from which it was possible to make enlargements, as well as the early and late photograms he processed by hand. During his art studies at the School of the Museum of Fine Arts Boston (1978–1982) Morrisroe was already experimenting with various interpretations of reprography, trying to understand the possibilities of the medium and its inherent limitations, and using different ingenious printing processes for his photographic prints. Within his close circle of friends he soon laid claim to the “invention” of what are called “sandwich” prints—enlargements of double negatives of the same subject mounted on top of one another—which yielded an elaborate pictorial quality, producing a very iconic impression in the final result, which over time Morrisroe learned to use in an increasingly controlled way. Early on, the artist recognized the intrinsic value of prints—irrespective of the medium used to produce them—as pictorial objects that he could manipulate, color, paint, and write on at will.

By all accounts, Mark Morrisroe was a man driven to achieve fame and recognition. Restless and demanding—of himself as well as of others—he always wanted more, and from this inner restlessness he derived enormous resources of artistic energy. Right to the very end, his life and work, down to the photograms feverishly produced in the makeshift darkroom in his hospital, which have hardly ever been publicly shown until today, attest to an unlimited and ecstatic search for a sensual, aesthetic, and always ambivalently charged pictorial world.

The Estate of Mark Morrisroe (Collection Ringier) at the Fotomuseum Winterthur

Following Pat Hearn’s untimely death in 2000, there was a break in exhibition activities focusing on Mark Morrisroe. From 1998 the Ringier Collection had been continuously in contact with Pat Hearn about Mark Morrisroe's work and they continued the discussion with Pat Hearn’s husband, Colin de Land of American Fine Arts, who had inherited the Mark Morrisroe estate. In 2002 Colin de Land approached Michael Ringier and Beatrix Ruf to discuss options for the future of the Morrisroe estate because he had also fallen ill and was very aware that he was going to die soon himself. In their conversations, the main concern was how responsibility for this important artist could be taken on by keeping the oeuvre together as a comprehensive group of works and making it accessible to a broad audience internationally as well. The Ringier Collection proposed to Colin de Land that they secure the estate by acquiring it and placing it in the Fotomuseum Winterthur. Furthermore, the decision was made to form a foundation for the Morrisroe estate, which would be the home to a comprehensive group of works and would keep the estate together, provide conversational and curatorial continuity, and act as the leading force in communicating and distributing the work through exhibitions and publications.

We thank The Andy Warhol Foundation for the Visual Arts for their support.