The Musee de l'Elysee is proud to welcome into its collection 144 prints by the French photographer Gilles Caron. Donated by the Gilles Caron Foundation based in Geneva, this collection reflects the international events of the late sixties. Fashion photographer for Vogue, Penn photographed small trades at the beginning of the 1950s. This personal project was based on his admiration for the working classes. Since the late 1950s, the photographic work of Bernd and Hilla Becher has been dedicated to industrial landscapes and buildings, including factories, water towers, blast furnaces, head frames, coal silos, etc., usually abandoned. 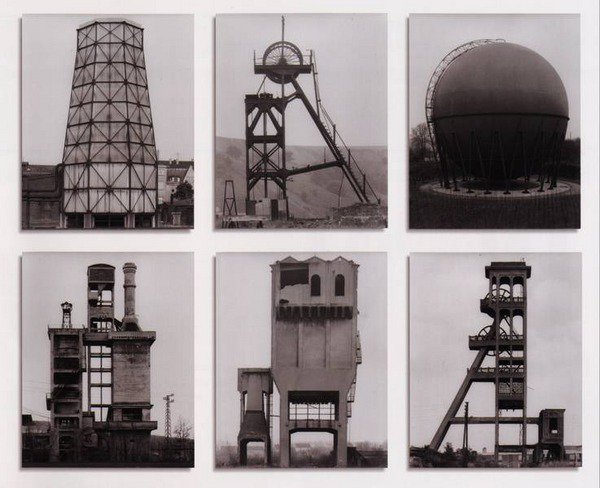 The Musée de l’Elysée is proud to welcome into its collection 144 prints by the French photographer Gilles Caron. Donated by the Gilles Caron Foundation based in Geneva, this collection reflects the international events of the late sixties: Six Day War (Israel, 1967), Vietnam War (1967), May 68 in Paris, Biafra (Nigeria, 1968), Prague (Czechoslovakia, 1969) and the troubles in Northern Ireland (1969). The photojournalist carried out these series for the Gamma news agency which he co-founded notably with Raymond Depardon. Of the prints offered to the Musée de l’Elysée, some are reproduced in a single copy made from press contact sheets and negatives filed and preserved at the Gilles Caron Foundation. To mark this event, some of these prints and documentary films will be screened continuously in the Salle Lumières at the Musée de l'Elysée.

Gilles Caron was born in Paris in 1939. Having abandoned a career as a jockey, he became interested in painting and spent a year at the Ecole du Louvre before turning to photography. In 1967, he founded the Gamma news agency with Raymond Depardon, Hubert Henrotte, Jean Monteux, Robert Pledge and Hugues Vassal. Deeply moved by the experience of the Algerian war, inspired by the writings of Jean-Paul Sartre and the aesthetic of the ‘Nouvelle Vague’, Caron repeatedly worked on obsessive patterns which became the symbols of his visual style. An interpreter of modern warfare, sensitive to the relationship between the civilian and the military, the photographer appeared as an exceptional witness to the political and social struggles of his time.

The Gilles Caron Foundation aims at making the news archive of Gilles Caron available to the entire community of researchers, academics and the public. It also seeks to showcase the work of the photographer, especially through exhibitions and publications. It therefore wishes to underline the original role played by the photographer in the history of journalism and art.

For more than 60 years, Irving Penn has left his mark on the world of photography through his images of fashion, still lifes and portraits. The Musée de l'Elysée pays tribute to this 20th century master of photography. Fashion photographer for Vogue, Penn photographed small trades at the beginning of the 1950s. This personal project was based on his admiration for the working classes. Recruited in the streets of Paris, London and New York, the models came to Penn's studio in their work clothes. Salesmen, newsagents, rag and bone men, chimney sweeps, all posed in the neutral territory of the studio of the New York photographer who was convinced that many of these activities would disappear. The exhibition is organised by the John Paul Getty Museum of Los Angeles, which in 2008 acquired the most complete collection of this series.

Since the late 1950s, the photographic work of Bernd and Hilla Becher has been dedicated to industrial landscapes and buildings, including factories, water towers, blast furnaces, head frames, coal silos, etc., usually abandoned. Their approach can be described as scientific in the sense that their images are filed and archived according to their geographical locations or their functionality. This industrial architecture photographed in the same neutral light and according to the same parameters appears as sculpture removed from its context.

The Exhibition at the Musée de l’Elysée

Following the exhibition devoted to the publisher Steidl, the Musée de l’Elysée continues to explore the relationship between photography and print. The Bernd & Hilla Becher – In Prints 1964-2010 project offers a different perspective on the work of two major artists of the 20th century. The meticulous work of Antoine de Beaupré, curator of the exhibition, brought together all the printed matter – books, catalogues, limited editions, brochures, invitations, posters, etc. – dedicated to the Bechers. Their publications have indeed played a significant role in the development of their work and the structuring of the aesthetic to which their name has become associated. All these publications allow us to measure the progress since the early years of their common photographic work from the late 1950s to winning the Grand Prix of Sculpture at the Venice Biennale in 1990.

The exhibition Bernd & Hilla Becher – In Prints 1964-2010 offers a new approach by not presenting any photographs (with the exception of the limited edition of the Industriebaute catalogue, 1968, which contains 10 prints) to focus on how the artists undertook the layout / staging – in the representation of their work.

Bernd Becher (Siegen 1931 - Rostock 2007). After an apprenticeship as a painter decorator, he studied painting at the Academy of Fine Arts in Stuttgart. He used photography for the first time in 1957.

Born in 1934 in Potsdam, Hilla Becher, trained as a photographer, left East Berlin to pursue her career in West Germany. She became responsible for the photographic laboratory at the Academy of Düsseldorf. Bernd and Hilla Becher met in 1959, the year their collaboration began with a series of photographs of mines and workers' houses in the industrial area of Siegen. Impossible to categorize, the work of Bernd and Hilla Becher found its place both in the history of documentary photography and conceptual art of the 70s.