A Photographer's Life 1990-2005. The exhibition brings together almost 200 iconic images of famous public figures together with personal photographs of her family and close friends. Arranged chronologically, they project a unified narrative of the artist's private life against the backdrop of her public image. Leibovitz has been making witty, powerful images documenting American popular culture since the early 1970s, when her work began appearing in Rolling Stone. 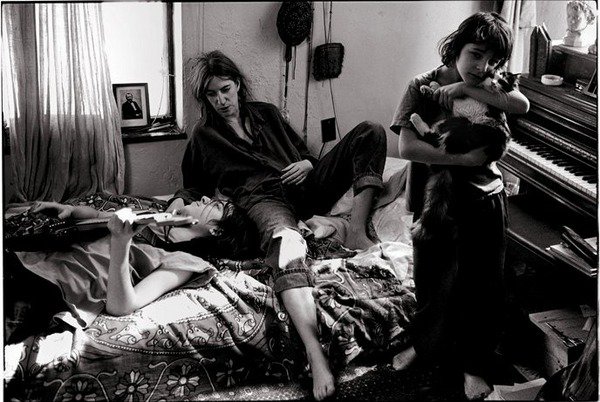 Hugely popular among critics and art-lovers alike in museums from New York to London, Paris and Berlin, the exhibition is expected to attract large crowds in Sydney.

The Director of the Museum of Contemporary Art, Elizabeth Ann Macgregor said “We are thrilled to be presenting this important exhibition by one of the world’s most celebrated photographers. It offers Australians a rare opportunity to see a world-renowned collection of images, from famous public figures to intimate family portraits.”

Annie Leibovitz is without a doubt one of the most celebrated photographers of our time. The exhibition brings together almost 200 iconic images of famous public figures together with personal photographs of her family and close friends. Arranged chronologically, they project a unified narrative of the artist’s private life against the backdrop of her public image. “I don’t have two lives,” Leibovitz says. “This is one life, and the personal pictures and the assignment work are all part of it.”

At the heart of the exhibition, Leibovitz’s personal photography documents scenes from her life, including the birth and childhood of her three daughters, and vacations, reunions, and rites of passage with her parents, her extended family and close friends.

Featured assignment work includes searing reportage from the siege of Sarajevo in the early 1990s and the election of Hillary Clinton to the US Senate. There are also landscapes taken in Monument Valley in the American West and in Wadi Rum in the Jordanian desert.

Annie Leibovitz has been making witty, powerful images documenting American popular culture since the early 1970s, when her work began appearing in Rolling Stone. She became the magazine’s chief photographer in 1973, and ten years later began working for Vanity Fair, and then Vogue, creating a legendary body of work. In addition to her magazine work, Leibovitz has created influential advertising campaigns for American Express, Gap, Givenchy, the Milk Board and the TV series The Sopranos.

The exhibition opened at the Brooklyn Museum on 20 October 2006 and has since toured in the United States to the San Diego Museum of Art, the High Museum of Art in Atlanta, the Corcoran Gallery in Washington, and the de Young Museum in San Francisco. In Europe it was seen at the Maison Européenne de la Photographie in Paris, the National Portrait Gallery in London. C/O Berlin, Alcala 31 in Madrid and the Kunsthaus Wien in Vienna. The European tour is now concluding in Stockholm before arriving in Sydney. Susan Bloom is the international coordinator of the exhibition.

A fully-illustrated hardback book that accompanies the exhibition, published by Random House, will be available from the MCA Store (rrp AU$85)

Presented in Sydney in association with Reportage on occasion of its 10th Anniversary. Reportage is a biennial showcase of international documentary photography in November 2010.

The NSW Government through Events NSW is a strategic partner of the Annie Leibovitz: A Photographer’s Life 1990–2005 exhibition at the Museum of Contemporary Art. This world class exhibition is an exciting new addition to the 2010/11 NSW Master Events Calendar which features a range of vibrant arts events and exhibitions exclusive to Sydney.

Organised by the Brooklyn Museum