The exhibition strives to eliminate the prejudice of the decline of sculpture, seeing it as being replaced by other visual languages, particularly new media, conceptual and post-conceptual, and socially and geopolitically engaged artistic practices and discursive projects. 'Displaced divisions' therefore starts from the premise not of the decline of sculpture but of a crisis of our perception of the world and consequently art. 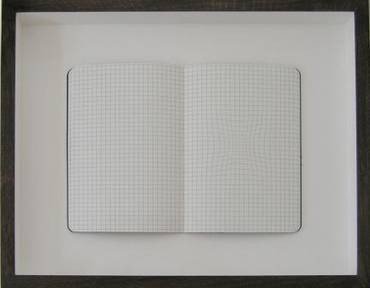 For decades, we have witnessed an overabundance of visual information directing our lives everywhere we go. We have reached a stage when one cannot shake off the feeling that we cannot stop amid the visual turmoil, let alone step aside. Therefore, we begin to lose sensitivity to the environment, particularly in relation to non-material items like light, smell, movement, sound, idea and word. The culture of mass consumerism is not concerned with reckless consumption, which leads to a paradox, as on the one hand, humans do not relate to with things any more, but on the other they are completely dependent of them.

However, the exhibition Displaced divisions does not endeavour to contemplate global social language in whole, but attempts to focus on a specific problem in contemporary visual production which provides the basis for the structure of the exhibition. The main problem, and the focal point of the exhibition, is sculpture and how it is perceived in contemporary visual arts. The term sculpture is understood with all the transformations it underwent in the 20th century – the mimesis of the body at the beginning of the century, the abstract experience of the figure in the 1950s, or objects, pieces and installations. The exhibition tries to distance itself from these codified historical periods (without rejecting them), as its purpose is not to look back, but to focus on the here and now. Therefore, the main issues touched upon by the exhibition are: the possibilities for sculpture today; what is the perception of a sculpture; what makes a sculpture contemporary; and what are the boundaries of traditional classifications of works of art.

The exhibition also strives to eliminate the prejudice of the decline of sculpture, seeing it as being replaced by other visual languages, particularly new media, conceptual and post-conceptual, and socially and geopolitically engaged artistic practices and discursive projects. The exhibition Displaced divisions therefore starts from the premise not of the decline of sculpture but of a crisis of our perception of the world and consequently art. There is some sort of nostalgia for the material and for things, for sensing something in three dimensions, present in both traditional and post-modern discourses on art.

Therefore, we must ask ourselves about the relationship between the material and non-material in the context of sculpture, components which create the work and cannot exist without each other. The tension created between equal components defines a sculpture, an actual work of art, and what separates it from everyday objects. The exhibition does not seek to join the battlefield of different historical periods and theories, but to re-articulate them in relation to the needs of the space and time. Therefore, the presentation in Škuc Gallery refers only to the perception of sculpture now, as it seeks to establish a position toward its historical 'predecessors', promoters of the idea that regards sculpture as a relation between the material and the non-material.

The common denominator of the artists within Displaced Divisions is that each attempts to open the doors wide to what exceeds the perception of the human eye and haptics, which can be experienced only by a complementary unity of the rational, ethical, aesthetic and sensory, and through this unity, to reveal the relationship between the material and non-material, a state of 'symbiosis' between two structures which cannot exist independently of each other in the context of a work of art. Moreover, an art work is not a complete whole on its own, as the final perception depends on the spectator becoming an active part of it.

The exhibition endeavours to dismiss the false sense of a crisis in sculpture which has emerged from the incorrect articulation of sculpture by its material component. Sculpture should free itself from the bonds which are like alien elements in the perception of contemporary work, while the relationship and tension between the material and non-material should raise doubts and enable a completely new, forward-looking experience of the world. The exhibition is not intended to divide the material and non-material into two categories, but to establish a relationship between the two whereby they can inhabit the gallery space on equal terms, show their absolute equality, and thereby overcome the issues of what constitutes or does not constitute art, what is or is not material reality, and what is fiction and what is real. The exhibition is supposed to play a double game: while the works provide a feeling of security, as they are based on everyday experience and perception which is not only visual, at the same time their position in the centre of the gallery space raises new questions about their perception.