'21st Century' is a multi-platform project also incorporating a blog, highly innovative public programs, interactive artists' projects for children and families, three film programs and two important publications. The exhibition examines current directions in art practice and also the conditions for art and exhibition making in the 21st century. It focuses exclusively on works created between 2000 and 2010: more than 200 works and feature over 140 artists and artist collaborative groups - senior, mid-career and emerging - from more than 40 countries. 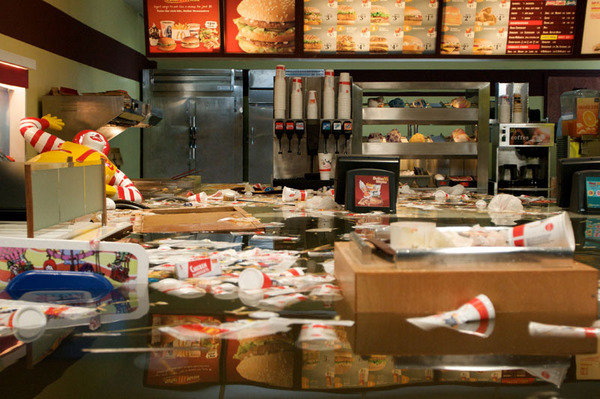 This summer 2010–11, to mark the end of the first decade of this millennium, the Gallery presents ‘21st Century: Art in the First Decade’. This ambitious and ground-breaking exhibition will occupy the entire Gallery of Modern Art and focus exclusively on works created between 2000 and 2010. It will showcase more than 200 works and feature over 140 artists and artist collaborative groups – senior, mid-career and emerging – from more than 40 countries.

Over the past decade, technological, political and environmental issues have had direct global effects reflected in contemporary art. This exhibition examines current directions in art practice and also the conditions for art and exhibition making in the 21st century.

In addition to works from the Gallery’s Collection, the exhibition will feature a group of outstanding new commissions, developed especially for GoMA, that will introduce audiences to works that represent key moments in recent international contemporary art that would have been unthinkable in previous decades.

Stockholm-based artist Carsten Höller will produce an installation of two spiral-shaped slides in GoMA’s foyer for '21st Century'. Described by the artist as a ‘happiness producing machine’, the slides will have an elegant, sculptural presence at the entrance to the exhibition and allow visitors to participate in the work — sending them hurtling between the Gallery’s third floor and ground level.

Other notable commissions include Leandro Erlich’s astounding trompe l’oeil sculpture, The swimming pool, which represented Argentina at the 2001 Venice Biennale; Turner Prize winner Martin Creed’s Work No. 965: Half the air in a given space (purple) 2008, in which half the volume of one of GoMA’s galleries will be filled
with purple balloons; and a major sound work by French artist Céleste Boursier-Mougenot in which visitors will share a gallery with live finches.

Untitled (NASDAQ) 2003 by Claude Closky (France), is a wallpaper work that prefigured the financial crisis of 2009; Cameroonian artist Pascale Marthine Tayou’s installation of thousands of plastic bags forms an enormous, colourful sculptural form; and a new wall drawing by Jorge Méndez Blake's relates to a short story by Jules Verne.

Popular works that are making a return for this exhibition include Bharti Kher’s bindi-covered elephant, The skin speaks a language not its own 2006, Yayoi Kusama’s installations Narcissus garden 1966/2002 and Soul under the moon 2002, Candice Breitz’s King (a portrait of Michael Jackson) 2005 and Olafur Eliasson’s participatory Lego work — The cubic structural evolution project 2004. ‘21st Century’ offers visitors a chance to revisit some of their favourite art works in fresh configurations.

As an expanded platform for the '21st Century' exhibition, a blog has been created as a source book of reference material and content provided by artists in the exhibition. Find out more at www.21Cblog.com.

A major publication accompanying the exhibition features critical texts by a range of Australian and international writers and curators. 21st Century: Art in the First Decade is available from the Gallery Store and online