The Cosmos of the Russian Avant-Garde

Art and Space Exploration, 1900-1930. The exhibition examines the close relationship between Russian art and science, in particular, before and after the October Revolution in 1917. The object of this exhibition is to demonstrate this interaction by presenting and juxtaposing not only masterpieces of Russian Modernist painting, but also scientific plans and models such as components of Tatlin's airplane, Letatlin, and Ary Sternfeld's and Fridrikh Tsander's visionary machines. 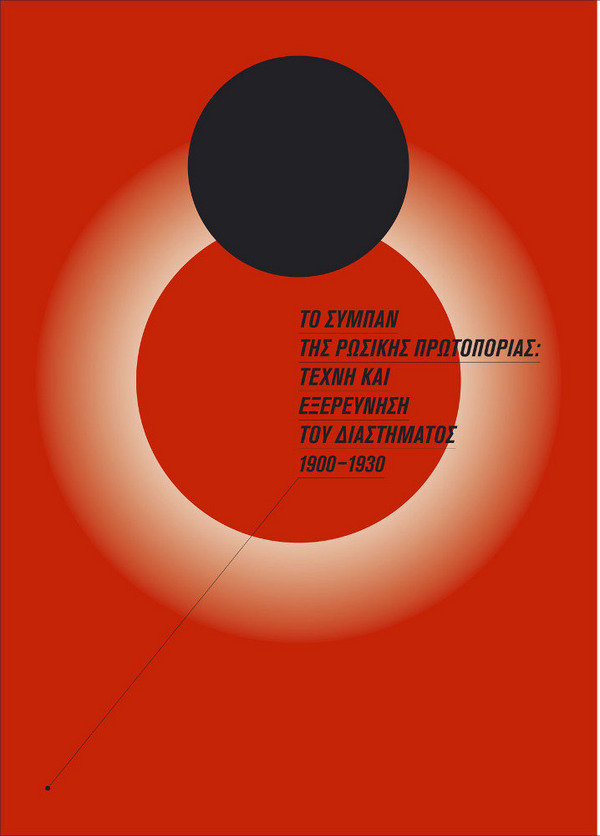 The Costakis Collection of the State Museum of Contemporary Art is "taking off" on a trip to space with the exhibition "The Cosmos of the Russian Avant-Garde: Art and Space Exploration, 1900-1930". The exhibition which was firstly organized as an initiative of Botin Foundation (Spain), is now presented at the SMCA, (Moni Lazariston building) in Thessaloniki, Greece, until March 27, 2011. The exhibition is a co-production between the two institutions.

The exhibition is being curated by the professor John E. Bowlt (University of Southern California, Los Angeles, USA), the professor Nicoletta Misler (Università di Napoli “Orientale”, Naples, Italy) and the S.M.C.A. Director Maria Tsantsanoglou. “The Cosmos of the Russian Avant-Garde: Art and Space Exploration, 1900-1930” is a co-production between the Fundacion Botin of Santander and the State Museum of Contemporary Art of Thessaloniki.

The exhibition examines the close relationship between Russian art and science, in particular, before and after the October Revolution in 1917. More specifically, the exhibition focuses on the intricate and fertile links between artistic visions of the cosmos and the practical investigations of space travel. By exploring this particular theme —i.e. the Russian perception, both metaphysical and actual, of space—the exhibition highlights the interaction of the aesthetic and philosophical consciousness of artists with astrophysical and astronautical research in early 20th century Russia which, in many ways, was epitomized by "First Universal Exhibition of Designs and Models of Interplanetary Apparatuses and Mechanisms" in Moscow in 1927.

Many members of the Russian avant-garde artists in the 1910s and 1920s, such as Pavel Filonov. Petr Foteev, Vasilii Kandinsky, Solomon Nikritin, Kazimir Malevich, Aleksandr Rodchenko and Vladimir Tatlin and Gustav Klucis, were inspired by the quest for other worlds, investigating abstract vocabularies which reflected not only the flight of the first airplanes and the first major experiments on space flight, but also the visionary quest of poets and philosophers for an occult, astral plane. The object of this exhibition, therefore, is to demonstrate the interaction by presenting and juxtaposing not only masterpieces of Russian Modernist painting, but also scientific plans and models such as components of Tatlin's airplane, Letatlin, and Ary Sternfeld's and Fridrikh Tsander's visionary machines.
Most of the exhibits come from the George Costakis Collection of the SMCA in Thessaloniki, along from other museums and private collection from Russia and Europe.

Many works are being displayed publicly in the West for the first time. The paintings, drawings and objects displayed at the exhibition are enhanced by a substantial documentary section of vintage photographs, posters and other didactic items. In addition, the rich discoveries of the Russian avant-garde and of the scientists of their day are extended into more recent times through the inclusion of cosmic constructions by the contemporary Russian artists, Francisco Infante and Nonna Goriunova.

The catalogue of the exhibition contains an extensive introductory text by the exhibition's curators and articles written by art historians, philosophers and astronomers.

The exhibition underlines S.M.C.A's stable collaborations and co-productions among European museums on the basis of the Costakis Collection which will travel to Spain, England, Germany, the Netherlands, Denmark, Italy, Germany and elsewhere by 2013.

In its years of operation, the SMCA has developed extensive exhibition activities through the holding of large exhibitions, collaborations/co-production of exhibitions with modern and contemporary art museums in the country and abroad. In addition, the Museum is the organising institution of the Thessaloniki Biennale of Contemporary Art, which is being organised since 2007 in Thessaloniki. The SMCA is funded by the Hellenic Ministry of Culture and Tourism.