Three solo shows. Alois Mosbacher's show displays a series of his paintings, all specially created for this exhibition in recent months, as well as a sculptural installation and a video work, Philipp Gasser's presents a poster assembled from individual colour prints and some video works and installations, while Vanessa Billy's shows collages, sculptures and installations are based on material-specific. 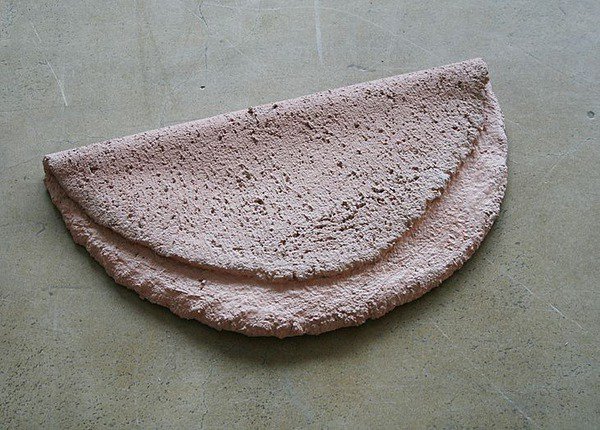 The Vienna-based artist Alois Mosbacher (born 1954 in Strallegg/Austria) is well-known in Switzerland. His paintings have been shown in numerous exhibitions in institutions and galleries, for example, in Aargauer Kunsthaus (solo exhibition, 1987), in the Kabinett in Bern (solo exhibition, 2007), or in Kunstmuseum Luzern (group exhibition, 2006 and 2010).

Mosbacher has made a lasting career internationally, with solo presentations in the Museum moderner Kunst in Vienna (1997), the Städtische Galerie Nordhorn (2005), or in the Neue Galerie Graz (2010), as well as frequent contributions to international group exhibitions.

Kunsthaus Baselland dedicates a solo exhibition to the artist and displays a series of his paintings, all specially created for this exhibition in recent months, as well as a sculptural installation and a video work.

The topics of Mosbacher’s paintings are based on different resources. The artist owns a large photo archive that consists of photographs taken by himself, found pictures and internet images. “The painter doesn’t need to invent anything anymore, he searches images in his pool and like investigators follows all the traces temporarily stored there … ,” as Annelie Pohlen describes the process. Even though the archive is an important base for the working method of the artist, the relevant result is nevertheless determined by the selected topics and projects as such. In recent years the topic of the forest was implemented in various projects. In an interview with Hans Ulrich Obrist, Mosbacher described his selection of topic as follows, “The thing with the forest is a very complex matter. There is always a sinister implication as well. We know this subject from Grimms’ Fairy Tales, etc. And the big bad wolf, for instance, turns into the ’Unabomber‘ with a right-wing background, who becomes Theodor Kaczinsky in the woods of Montana. This is a negative utopia. The forest is a suitable stage for outsider roles. Because, it still offers places and spaces where it is possible to establish a parallel world or an alternative world. It always existed within the overall subject of the forest” (Catalogue, Neue Galerie Graz).

For the exhibition in Kunsthaus Baselland he created “Big Home”, “Paintball”, “Forest” and “Bird” (all from 2010) – four newly composed large formats consisting of 16 and 24 individual images. Each of the individual small format paintings can stand on their own, but in the predetermined order they join their immediate neighbouring images to create a whole. However, time and again, the artist breaks up the order of readability from one single image to another. Sometimes a towering tree trunk in the lower row of images does not continue in the upper ones, or the head of a person is cut off. The continuation of time zones is also often not carried through consequently. Even though the artist creates a readability of a complex whole with this composition, he leaves open potential individual readings to the recipient in detail. We are ensnared to interchange individual pictures with each other only to find out later that they have already found their place in the given composition. What is important is the active integration of the viewer.

“Forest” shows three male figures with their back to the viewer, whom the visitor can join, as it were, from behind. They look into the forest, broken branches and trees open new paths and zones that lead into the unknown. In an irrational way clouds and colour spots cover the perceived story line, which on closer inspection doesn’t exist. There is no narration as such, Mosbacher says, the images are not neutral either. The individually shaped “image memory” of the viewer has a determining influence on their readability. In “Paintball” the artist takes up the so-called live role-playing games, which are for instance carried out by various clubs that meet for medieval fighting games in the forest or communities that re-enact Lord of the Rings or Star Wars in the forest. Drawn with pencil on canvas, the painting depicts individual characters and game groups and their temporary tent dwellings. Separate paint shots are cast on top of that, which in turn are reminiscent of paintball shooting galleries and establish an art historical connection to impressionism. The painting “Bird” mainly consists of drawn individual pictures of entwined branches. The bird seems to be caught in them. “Big Home” however takes up the topic of forest huts, the contents ranging from a child’s hut to the forest dwellings of various outsiders of society.

The video work “outside/fiction” (2010) escalates the mood of eeriness insofar as the shots fired at a glass pane and the associated clattering sounds reveal a forest motif each time. The video brings to a close the mental tour through the topic of forest with all the individual memories and recounted stories which we mentally carry around with us.

The Basel-based artist Philipp Gasser (born 1958 in Chur) presents his first institutional solo exhibition in Kunsthaus Baselland. Since 2001 the artist has been teaching at the HGK FHNW (College of Design and Art, University of North-West Switzerland) in the department of Digital Media.

Philipp Gasser had his art education in Basel and participated numerous times in video festivals and exhibitions at home and abroad. His works were seen, inter alia, at the exhibition “Reprocessing Reality” in Nyon (2005) and New York (2006) or at Kunstverein Freiburg (2002). Gasser also received numerous students’ and scholars’ grants for travel and stay abroad.

His exhibition in Kunsthaus Baselland is titled, “Celestial Bliss”, which could be either interpreted as “blessings from heaven”, “heavenly joy or happiness“ or simply as “luck that originates in the firmament”. The title evokes a potential prevailing mood and a substantial red thread which is carried through the exhibition.

On entering the exhibition the first glance is directed at a poster assembled from individual colour prints. Its style is reminiscent of the 1970s and visits to the disco. The motif originates in various preview photos of a stock photo archive. The image is decorated with light dots that can either be assigned to the world of disco or to the world of stars.

The 2-channel video work “Kommen und Gehen” (Come and Go) (2010) presents a number of figures that seem to emerge from the wall and then disappear into it again. The artist gives the figures the features of friends and acquaintances. The characters enter the room from the shadows, then face the viewer for a short while or approach him/her. The communication thus created unifies the work and the recipient, an attraction that the viewer cannot easily get away from.

“7 days (rendering the world),” (2010) is another video installation designed for the exhibition. In the 3D world, “to render” describes the procedure by which surfaces get a particular texture, like that of a tropical wood or a veined granite stone. A material is virtually administered digitally onto a specific object. “Once the materials are allocated to the relevant objects, it is time to render the scene – this means the objects virtually created in the three-dimensional space are reckoned into an image, where shadow and light can create a perfect reality,” the artist describes his approach. Using this technology as an inspiration, Philipp Gasser designs an animated, digital plot line that – projected onto a Styrofoam ball – hints at the creation of the world. The light dots dispersed by a disco ball are followed by a kind of Big Bang. It brings forth the moon and the planets which in turn form the continents from the various parts of the world, and finally mutate into a disco world.

The work “1000 Teilchen“ (1000 particles) (2010) also draws on celestial bodies and on the idea of their readability and interpretation. Constellations projected onto fabric panels remind one of scripts and supernatural messages that we often describe as magical.

In a series of twelve pen and ink drawings “Das Vermögen der Unendlichkeit" (The capacity of infinity) the artist follows the ideas of the things that have taken place under the stars, or still take place. Thereby he draws on a pool of images which originates from his personal photo archive, newspapers and magazines, and also from books. Strange scenes from all over the world, for instance, two men in China who try to bite each other’s ears – in a popular game there – encounter world news or scenes from daily life. One drawing for instance thematises a D-day memorial day in Brittany, attended by the heads of state Sarkozy, Obama, and Brown. Another one describes a moment at the border control in Calais. The artist covers the drawings with stars and places a variety of historical and current human activities under a firmament.

Vanessa Billy (born 1978 in Geneva, lives in Zurich and London) presents her first institutional solo exhibition in Switzerland at Kunsthaus Baselland. The artist was educated at the renowned London Chelsea College. She also spent an exchange semester at the Cooper Union School in New York.

For the past few years her works have been frequently displayed in London (Limoncello Gallery) and Zurich (BolteLang Galerie). Her solo exhibition at the Photographer‘s Gallery in London (2009), her participation in the Frieze Sculpture Park presentation (2009) and the group exhibition “Boule to Braid” in the Lisson Gallery, London (2009), were of particular significance.

Her works covering collages, sculptures and installations are based on material-specific, formal and reception-based considerations. The idea of a proportionality within the individual, inter-related elements and materials becomes the most important organisational principle in her works. With this in mind, the artist questions our viewing habits and our relationship with the exhibition architecture from the start of her exhibition by coating the wall, which is normally painted in white, with a concrete layer.

Time and again found objects are the starting point of Billy’s working method. They often become the catalyst in the explorations with the material, its respective functionality and reaction to other materials. In the work “Further than the flood” (2010) for instance stones are packed in cellophane. The coming together of these two materials seems strange insofar as stones do not require a protective cover or packaging. The wrapping up of the stones in the transparent cover stands for a process, in which two actually disparate materials come together. The light reflections on the cover are reminiscent of sun’s rays on a water surface. The weightless cellophane cover and the heaviness of the stones correlate and become part of a combined whole.

The video “Hands Bar” (2010) is about the swinging of a body that holds onto a bar with the hands. The recording focuses on the hands and the bar, which shows the interaction of weight and metal. The bar bends, then becomes straight during the short transition and bends once again. The mobility of the hands, their physical fragility and softness, stands in contrast to the hardness of the metal that elastically bends despite its apparent rigidity.

The work “Digestion” (2010) shows references to a filled plate and offers a reference to the exhibition’s title from its content. Three Times a Day can also be understood as food for the mind. It is clear to the artist that humans are also nurtured by the world around them and this is often an important starting point for her works.