Yet to be titled

For the exchange program 'Berlin-Paris', Chert gallery presents a group exhibition with four young French artists: Neil Beloufa, Jonathan Binet, Christophe Herreros and Helene Riviere. The idea of the show begins with the possibility to have a space for a limited time in a new city, this gives the opportunity to research and become involved in the art scene of another place. 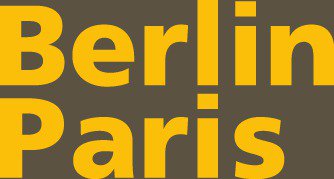 The idea of the show begins with the possibility to have a space for a limited time in a new city, this gives the opportunity to research and become involved in the art scene of another place. Therefore, we focused on the possibility to develop research into the reality of young artist's practices in Paris and organize a group show with young artists who currently live and work there.
In this sense, the intention of the project is an exchange of opportunities for new developments and ideas during a limited period, whilst utilizing the resources offered in a different city.
The exhibition is a project developed in collaboration with artist Neil Beloufa, who will play the role of a "regissor" or "builder", interacting with the space and the works of the artists.

Video artist Christophe Herreros creates short and silent looped videos in which characters, when they exist, do not communicate or share anything other than the screen space, providing intriguing and ambiguous results. The artist knows how to play with repetition, avoiding any explicit reference, as to leave the spectator witnessing the work with a degree of alienation.

Jonathan Binet explores the borders of painting. Using the classic medium with a strong performative component, the artist´s research is a constant experiment in order to know how to make forms. "Where does the paint go? As high as I can put it." - (J.B.)

Hélène Rivière´s work is focused in drawing, where she combines and accumulates objects and subjects on the canvas, creating a dream-like environment. False geometries, false walls and various ornaments melt together as projections from the artist's consciousness and imagination.