Documentary Photographs from Sicily (1976 - 1998). Letizia Battaglia started to take photographs in Milan, in 1972. The first influence on her photography was Diane Arbus, for some years her 'absent teacher'. Then she discovered other authors, met them, fell in love with them. She especially loved the work of women photo-graphers, Marie Ellen Mark, Sally Mann, Lisetta Carmi, Silvia Plachy... 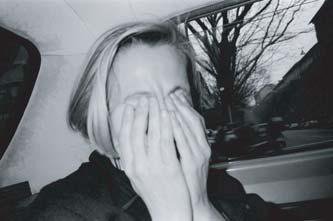 Born in Palermo in 1935, Letizia Battaglia started to take photographs in Milan, in 1972, to accompany the articles that she published as a freelance in magazines. In 1974 she returned to Palermo as head of the photographic department of the newspaper "L'Ora". Several young photographers collaborated with her, including Franco Zecchin and Ernesto Battaglia. They were very tough and difficult years. The Mafia was pressing hard, carrying out a succession of criminal acts, culminating in the murder of judges Giovanni Falcone and Paolo Borsellino in 1992. Hundreds of deaths, political and social corruption, illicit trade. Letizia recorded the crimes with her Kappamille (and then with a Leica), documenting poverty and wealth, politics and environmental decay.

The first influence on her photography was Diane Arbus, for some years her "absent teacher". Then she discovered other authors, met them, fell in love with them. She especially loved the work of women photo- graphers, Marie Ellen Mark, Sally Mann, Lisetta Carmi, Silvia Plachy... She opened a bookshop- photographic gallery, Il Laboratorio d'If, the first in the South of Italy, inviting her more famous colleagues to hold exhibitions of their works there. But she also did experimental theatre as a director with Michele Perriera's Teatès. She worked as a volunteer on the epileptic and schizophrenic ward of Palermo's Psychia- tric Hospital, out of which came theatrical performances and films and a great deal of involvement. She travelled through Europe in her camper with Franco Zecchin, and they were often joined by Joseph Koudelka.

In 1986, thanks to Lanfranco Colombo, who sent her pictures to New York, she won the Eugene Smith Award, shared with Donna Ferrato who since then has become her "sister photographer". Her experience as a photographer had left a deep mark on her, and she wanted to contribute to the redemption of her land. So she decided to go into politics. She was elected as a town councillor on the party list of the Greens and immediately afterwards a new council was formed with the mayor Leoluca Orlando and other com- panions, and Letizia became councillor responsible for urban liveability. The Rete di Palermo was born, along with the so-called Palermo Spring. These would be the most exhilarating years of her life, the ones she feels to have been the most generous. She could take decisions, be useful to her city. In 1990 she was elected a member of the regional parliament. The generous adventure came to a sad end on the ben- ches of the opposition.

In 1992 she founded the Edizioni della Battaglia publishing house, created to bring out writings on the Mafia but which then also went on to publish series of poems and books on the south of the world and on the cinema. She went back to photography. But the newspaper "L'Ora" was no longer there. And so, other photos, other stories... In 1986 the New York Times Award. In 1999, from San Francisco, she received the Achievement for Life Award. In 2007, from Germany, the Dr. Erich Solomon Preis. In 2009, from New York, the Cornell Capa Infinity Award.