Arthouse at the Jones Center

Dorian, a cinematic perfume. The exhibition features a four-channel video installation based on Oscar Wilde's famous Victorian novel, 'The Picture of Dorian Gray', and the novel's themes of decadence, narcissism, beauty and the grotesque. 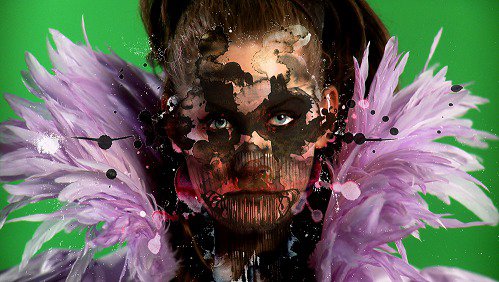 Austin, TX–Arthouse at the Jones Center presents a new exhibition opening January 29, 2011. Dorian, a cinematic perfume (2009), by Michelle Handelman is presented in the Film and Video Gallery at Arthouse, located at 700 Congress Avenue in downtown Austin. The exhibition is on view through March 20, 2011. Admission is free.

Michelle Handelman’s Dorian, a cinematic perfume is a four-channel video installation based on Oscar Wilde’s famous Victorian novel, The Picture of Dorian Gray, and the novel’s themes of decadence, narcissism, beauty and the grotesque. Handelman has reinterpreted the story and its queer undertones by casting Dorian as a young woman discovered by a fashion photographer, then catapulted into the world of high celebrity. Dorian falls under the tutelage of a famous drag queen and becomes a nightclub luminary, constantly followed by the paparazzi. Her media image becomes the infamous portrait, grotesquely mutating as she grows more beautiful and famous, culminating in her own narcissistic destruction.

Handelman’s actors are well-known personalities from the New York drag and burlesque scene and blur the line between performance and reality by playing versions of themselves. Sequinette, a young gender-bending female drag queen, performs the title role. Armen Ra, who plays Dorian’s flamboyant mentor, Lord H, is a renowned theremin player and drag performer. Quin Charity, a media artist, portrays Basil, the artist who discovers Dorian, while K8 Hardy, a performance artist and co-creator of the queer feminist art collective Lesbians to the Rescue (LTTR) is Dorian’s first love, Sybl Vain. Finally, drag legend Flawless Sabrina enacts the visceral Dead Dorian in the finale after the eponymous portrait’s power dissolves.

After the initial publication of The Picture of Dorian Gray, public accusations of the book being, “unclean, effeminate, and contaminating,” compelled Wilde to write a preface in which he explained his philosophy of art. The preface is remembered for Wilde’s cheeky yet contemptuous closing line, “all art is quite useless.” He also, and perhaps more incisively, wrote, “it is the spectator, and not life, that art really mirrors.” Taking a cue from Wilde, Handelman implicates the viewer as much as her selfish and hedonistic characters. Dorian depicts a nightmarish journey that questions society’s privileging of youth, beauty, and the cult of celebrity by holding a mirror to our own narcissism.

About the artist
Born in Chicago in 1960, Michelle Handelman lives and works in New York and Boston. Her work has been shown worldwide at venues including MIT List Visual Arts Center, Boston; Centre Pompidou, Paris; ICA, London; San Francisco Museum of Modern Art; Performa, New York; Participant INC, New York; and the Aldrich Museum of Contemporary Art, Ridgefield, CT. Recent projects include a solo exhibition at Art-Claims-Impulse, Berlin and a commissioned installation for The Eastern State Penitentiary, Philadelphia. She received her MFA from Milton Avery Graduate School of the Arts, Bard College and is an Associate Professor in the Film/Video department at Massachusetts College of Art and Design, Boston. This is the first solo presentation of her work in Texas.