Avec & sans. For his solo show, Eric Baudart presents a set of pieces which show a constantly instinctive practice combining play of material, texture, reflections, illusion, and diversion. Intensifying reality through the minimal manipulation of the image, revealing realities supposedly artificial but in the end more dense, more deep, and - most of all - more truthful than the real they are supposed to reflect, the featured works ceaselessly question the origin of things and their representation. 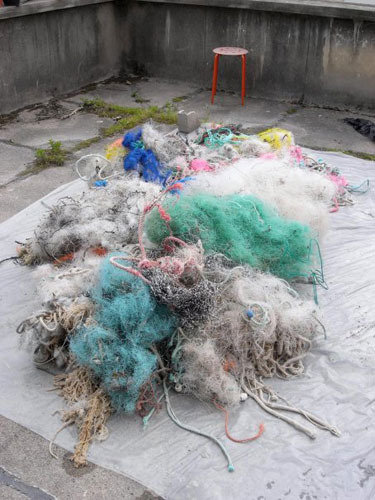 For his first personal exhibition in a Parisian institution, Eric Baudart is presenting a set of pieces which show a constantly instinctive practice combining play of material, texture, reflections, illusion, and diversion. The Big Rip, a cosmological model predicting that the density of the universe will increase with time, thus finds a particular echo in the choice of works as well as in the tension created between them in the space of the Fondation d'entreprise Ricard.

Intensifying reality through the minimal manipulation of the image, revealing realities supposedly artificial but in the end more dense, more deep, and - most of all - more truthful than the real they are supposed to reflect, the featured works ceaselessly question the origin of things and their representation.

For the exhibition at the Fondation d'entreprise Ricard, Eric Baudart has chosen to punctuate the place with pieces laid out on the walls and on the floor. Altering the space through elements borrowing from the virtual world and operating like flaws in perception, "Wall Boxter" (2002) uses a strange cavity, a dark interstice that looks as if lifted from the wall, an orifice that sucks space in. "Cosmos" (2008) is part of a more methodical investigation that consists in traveling along the littoral of Charente maritime on the French Atlantic coast to look for tide mark. Impressive quantities of fishing nets and fishing lines lost at sea are washed up on beaches like large mollusks. Synthetic materials, vegetables, and minerals mesh endlessly; to the artist, they represent a structure possibly akin to that of the universe.

These sculptures, set up on the ground on aluminum sheets, establish a link with "Méduse" (2010) and the "Crystal" series that recently earned Eric Baudart the Meurice prize. These pieces are the outcome of a chemical process that allows polyethylene and water to blend and separate, with countless crystal-like blades appearing as a result. When hanging from a wall, these ovoid sculptures are reminiscent of the mirror-like shapes contemplated by Marcel Duchamp; these forms produce a circulation from one plane to the next, and the relations emerging point to a horizon of thinking between two heterogeneous worlds. More complex, "Le Panier de Vénus" ("Venus' Flower Basket," 2011) is composed of three elements: a bell glass, the skeleton of the deep-ocean sponge that gives the work its title, and a plinth made after the drawing of a construction plan taken from a 1950s Reader's Digest issue. The sponge and its plinth respond to each other through the complexity of their respective structures, with the bell glass giving the whole a sense of balance and hallowing it.

"Atmospheres" (2011) is an installation akin to a domestic disaster and evokes hypothetical scientific experiments to its spectators. Appliances are dipped, not in water, but in non-conductive oil: when turned on, the hairdryer produces undulations, the fridge a burst of solidified oil, the fan operates in slow motion, generating a thick swirl, while the rotation of the drill produces a depression at the center of the oily surface...

Finally, a large-format print of a blue sheet of graph paper seems to provide the exhibition with a measure. However, upon closer examination, the surface of the paper appears scratched, distorting any possible calculation or sizing up. In that respect, Eric Baudart has undeniably taken us into a succession of improbable real images, sometimes defying the laws of nature, increasing our perception of the world. This aquatic, sensual world, like the jellyfish that appeared 500 million years ago, may be compared to the images of supernova remnants. Eric Baudart makes light of realities and their perceptions, transforming elements of our daily life into icons in a semiotic expansion of time so important to him.
practical information

Fondation d'Entreprise Ricard
12 rue Boissy d'Anglas - Paris
Free admission from Tuesday to Saturday from 11 am to 7 pm
Guided tours on Wednesdays at 12.30pm and Saturdays at 12:30 pm and 4:00 pm. Free admission