Iris Van Dongen is known for her large pastel drawings of pretty and mysterious women in dark and romantic fashion shoot settings. Bijl's work - sculptures, installations and interventions - is an intelligent and provocative approach on social and political issues and their symbolic occurrence. Skauen confronts the viewers of his drawings and animated films with some truly apocalyptic scenarios. 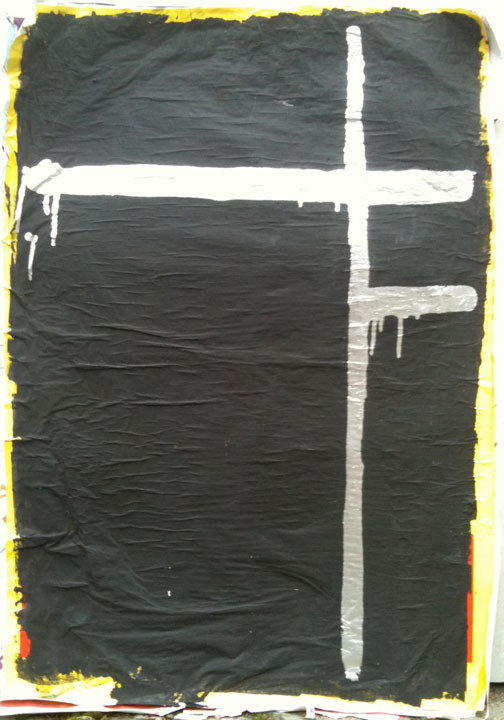 Iris Van Dongen was born in 1975 in the Netherlands. Lives and works in Berlin. The artist is known for her large pastel drawings of pretty and mysterious women in dark and romantic fashion shoot settings. Drawing inspiration from art history and as well as from contemporary sensitivity and her inner portraits, Iris found a way to provoke emotions by flirting with cliches and aesthetics. Here and there you find elements of death metal and tattoo art mixed with those from 19th century Pre-Raphaelite paintings. In her seductive pastels that look almost photographic, the main focus is, surprisingly, not the subject portrayed in the drawing or its expression, but the dialogue between subject and his or her surroundings.

Marc Bijl was born in 1970 in the Netherlands. Lives and works in Berlin. His work - sculptures, installations and interventions - is an intelligent and provocative approach on social and political issues and their symbolic occurrence. His artistic tools are also his targets - the symbol, the logo and the label. He attacks their superficial image or myth – always aiming at a critical analysis of the social conditions of the society. Politics, religion, globalization, or recent art history icons, he places them at the center of his art, denouncing the insecurity which threatens our daily lives behind the smoke screen of the media world. Employing a “Sex Pistols-style” his imagery is involved with the illegal practices of social activism and with the strategies of urban guerrillas. It results in interventions in the public space, sculptures or installations that undermine this perception of the world. “Cockrock minimalism” admits Bijl’s debt to ‘70s counterculture and the mucho attitude that seems to go with it. Lately, Marc got so irritated by so much new formalistic art around him, that he needed to address it in an ironic self-distructive way.

Martin Skauen was born in 1975 in Norway. The artist confronts the viewers of his drawings and animated films with some truly apocalyptic scenarios. In formats that are sometimes quite huge, he evokes dismal places that may be the scenes of murder, war or cruel rituals. Skauen’s pictorial language owes much to the nightmarish visions of Hieronymus Bosch, for example, or to Greek mythology or contemporary sadomasochist comics. He creates these disturbing motifs with sarcasm or very black humor, and the erotic is couple with violence or its latent presence. In these images one sees the figures of martyrs, torturers, perverts and hermaphrodites interacting in a multitude of ways, whereby the narrative ‘scene’ always remains mysterious, admitting several interpretations. Whether static or moving, Martin Skauen’s pictures radiate a strange, melancholy fascination, which utterly enthralls the viewer. Skauen’s contribution to this show is a new series of 10 drawings, fictional „Times“ magazine covers.