Mexico: Expected/Unexpected, is an exhibition that introduces more than 100 artworks selected from the Isabel and Agustin Coppel Collection, one of Mexico's most comprehensive contemporary art collections. From the poetic to the political, the exhibition showcases key figures of the Mexican contemporary art scene. In the project room, Gabriel de la Mora's Fragile displays his most recent works, focusing on an installation of tables with objects and some works on walls. The exhibition aims to present a dialectical relationship between figuration and abstraction, from autobiographical subject matter and the whole while unveiling the artist's unconventional and experimental explorations of painting, sculpture and drawing. 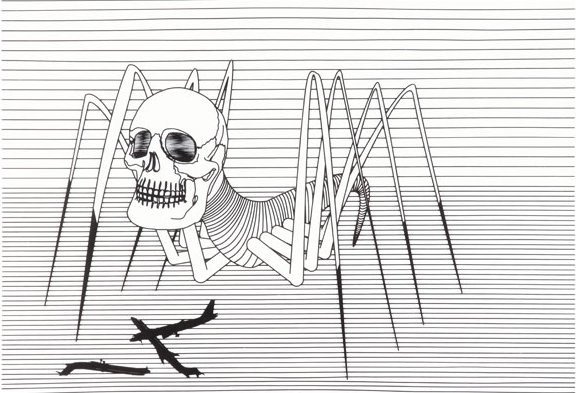 The Museum of Latin American Art (MOLAA) and the Museum of Contemporary Art San Diego (MCASD) jointly present Mexico: Expected/Unexpected, an exhibition that introduces more than 100 artworks selected from the Isabel and Agustin Coppel Collection, one of Mexico’s most comprehensive contemporary art collections. The exhibition will be shown concurrently in both Southern California locations, MOLAA and MCASD. MOLAA will inaugurate the exhibition on February 20 and MCASD on February 5. Both shows run until May 15.

Mexico: Expected/Unexpected destabilizes categories typically associated with Mexico and with Mexican Art. The exhibition features artworks that overcome the concept of “Mexicanness” as a fixed category. The Coppel collection surprises in unexpected ways, defying the plainness of cliché. Likewise, Mexico: Expected/Unexpected proposes that Mexican contemporary art, like the global culture to which it responds, is unstable, rich, complex, unpredictable and constantly shifting between tradition and innovation.

Mexico: Expected/Unexpected is organized in thematic sections that offer a constant interplay of artworks and artists whose exchanges underline the thoughtful development of the Coppel Collection. Instead of a narrative of evolution and progress reflective of a monolithic idea of peoples and places, the exhibition proposes short stories that echo each other along thematic lines. Painting, photography, installation, video art, sculpture and text pieces are gathered into sections. Poetics of craftsmanship, the relationship between city and nature, the precariousness of everyday life, structural affinities and the iconography of nationalism will be presented at MCASD. MOLAA will present imagery of death and mortality, constructive logic and archival accumulation. The thematic section of death and mortality to be presented at MOLAA displays the works of the Chinese born artist Terence Koh and the Cuban artist Ana Mendieta. Koh and Mendieta show different approaches to the theme of death. In both cases the performance component of their work plays an important role. Skeleton Painting, by Koh, is the outcome of a 2006 performance, where the artist danced with a skeleton covered in white paint in front of several mirrors in a darkened space. The mirrors were splashed with white paint and left covered with white strokes. For Koh, the skeleton symbolizes his “Other,” and the painting—as the outcome of the dance—the splitting up of his being. The exhibition presents the mirrors and the skeleton used by the artist together with the video of the performance.

On the other hand, Mendieta was concerned with notions of cultural displacement and the processes through which female identity is shaped. In the mid-1970s she became increasingly interested in nature, mythology and the relationship between body and death. She considered all of those things necessary to bring forth new life. In the piece On Giving Life (1975), for example, Mendieta draws upon the Christian iconography of the dance of death. The piece shows the artist in an apparent sexual interaction with a skeleton.

In the last theme presented at MOLAA, which is related to constructive logic and geometric abstraction, the artistic language of various artists from diverse backgrounds and historical contexts are displayed together. Some of these artists include, Lygia Clark, Gabriel Orozco, Helio Oiticica and Ricardo Rendón. In 1960 The Brazilian artist Lygia Clark started working on her series of metal structures called Bichos [Animals], sculptures made of hinged plates of metal that could be manipulated by the audience. In his installations, Ricardo Rendón takes over existing architectural spaces establishing a formal, symbolic and aesthetic relation with the sites he works in. Muro falso [Fake Wall] (2008), constitutes a segment of a “wall” which divides the space. It is made by perforating a sheet of chipboard with a buzz saw. The residues and dust generated by this operation remain on the floor as part of the piece to highlight the working process. Besides the geometric and appealing aesthetic present in both Clark and Réndon’s art, incorporation of outside components such as the viewer or the surrounding space becomes pivotal to their work.

Mexico: Expected/Unexpected is a wide-ranging exhibition shown in its entirety only by its simultaneous presentation in both Museums. This is the first time either Museum has concurrently presented a single exhibition. While each venue presents a cohesive exhibition with strong internal logic, extraordinary artworks and site-specific programming and interpretation, MCASD and MOLAA audiences are encouraged to travel between the two locations to understand the full associations offered by the exhibition.

Mexico: Expected/Unexpected was initially curated by Carlos Basualdo and Mónica Amor for the Maison Rouge in Paris. The MCASD and MOLAA installations are the result of a curatorial dialogue between Mireya Escalante from the Coppel Collection, Lucía Sanromán from MCASD and Cecilia Fajardo-Hill and Idurre Alonso from MOLAA.

Eduardo Abaroa will present the context for art production for contemporary art in Mexico since the 1990s, which functions as a backdrop to the Mexican artists participating in Mexico Expected/Unexpected. He will discuss their work as well as his own.

Topic: Mexico: Expected/Unexpected
Presenter: Marilyn Elkins
Meet with a MOLAA docent at 12:00pm to view and discuss an artist’s work selected from one of our galleries. After the presentation, purchase lunch at Café Viva, discuss the art with friends, browse the galleries and shop in the Museum store. Join us and feast on the art!

Gabriel de la Mora’s Frágil / Fragile will display his most recent works, focusing on an installation of tables with objects and some works on walls. The exhibition aims to present a dialectical relationship between figuration and abstraction, from autobiographical subject matter, portraiture, examinations on the nature of the void and the whole while unveiling the artist's unconventional and experimental explorations of painting, sculpture and drawing. De la Mora works in various media and formats that range from drawings made from human hair to objects and drawings made with alphabet soup to burned papers that challenge what distinguishes a drawing from a sculpture.

The “work table” that will be the main element of this Project Room exhibition will contain approximately 100 small objects visually reminiscent of the tradition of Duchamp’s readymades, placed in dialogue with each other and arranged as they would be in de la Mora’s studio.

The Project Room is presented with support from the Robert Gumbiner Foundation,
Verizon, the Arts Council for Long Beach and the City of Long Beach.

Join MOLAA Chief Curator Cecilia Fajardo-Hill in a presentation of Gabriel De la Mora’s work, followed by a Q&A session with the artist via Skype.