A large-scale exhibition that looks at the diverse and evolving ways in which a third generation of artists has employed text in art over the past 10 years. On view 2D, sculptural, installation, and video works by over 40 contemporary artists. The text art produced by this artists is characterized by a shared structure within linguistic practices, and is mediated by linguistic exchange that engages with the processes of nomination, documentation, and rule-following. In many cases text is no longer the 'face' of the artwork but rather part of its background. 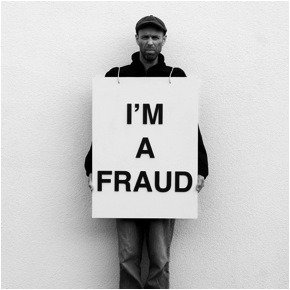 The exhibition is guest-curated by Dave Beech and Paul O'Neill

Pratt Manhattan Gallery presents "We Are Grammar," a large-scale exhibition of 2D, sculptural, installation, and video works by over 40 contemporary artists from the past decade.

"We Are Grammar" features a new mode of text art that has emerged over the past decade. The value and potential of this form is acknowledged by a wide spectrum of contemporary artists who freely combine the use of text with a variety of media.

The exhibition examines the third generation of artists working in text art. The first iteration of this practice came in the 1960s, when text established itself as a legitimate tool for the creation of visual art. A second generation of text art began during the 1980s and 1990s, as postmodernists combined text with other mediums. The text art produced by the third generation of artists is characterized by a shared structure within linguistic practices; is dependent on linguistic forms; and is mediated by linguistic exchange that engages with the processes of nomination, documentation, and rule-following. In many cases text is no longer the 'face' of the artwork but rather part of its background.

Beech is an artist, writer, and lecturer. He is a member of the Freee art collective, teaches at Chelsea College of Art and Design, London, and writes regularly for Art Monthly. He is the Vice Chair of Ixia, the national think tank on public art, UK. Beech has also taught at institutions including the Royal College of Art, Central Saint Martins College of Art and Design, and Slade School of Fine Art; has lectured at institutions including the Tate Modern, The British Museum, and the Institute of Contemporary Arts, London; and has exhibited work at cultural institutions around the US, UK, and China. He has also written and presented an educational television program for the BBC/Open University on video art and has co-authored the Verso book The Philistine Controversy with John Roberts (2002), edited the MIT/Whitechapel anthology Beauty (2009), and edited a special issue of Third Text ('Art, Politics and Resistance?' Vol 16, Issue 4, No.6). He studied Fine Art at Leicester Polytechnic and received an MA in Cultural Theory from the Royal College of Art.

O'Neill is a curator, artist, and writer based in Bristol, UK. He has curated or co-curated more than fifty exhibition projects throughout Europe and is regular contributor to Art Monthly. He has a Ph.D. from Middlesex University, UK, where he lectured for many years, and remains a visiting lecturer on curating at De Appel – Curatorial Program and at Goldsmiths College, London. O'Neill is reviews editor for Art and the Public Sphere Journal and on the editorial board of The Exhibitionist and The Journal of Curatorial Studies. He is editor of the curatorial anthology, Curating Subjects (2007), and co-editor of Curating and the Educational Turn with Mick Wilson (2010), both published by de Appel and Open Editions. He will soon publish Locating the Producers: Durational Approaches to Public Art with Valiz, Amsterdam, in April 2011, and is working on authoring a book with MIT Press titled The Culture of Curating, Curating Culture(s) to be published in 2012.

Pratt Manhattan Gallery is a public art gallery affiliated with Pratt Institute. The goals of the gallery are to present significant, innovative, and intellectually challenging work in the fields of art, architecture, fashion, and design from around the world and to provide a range of educational initiatives to help viewers relate contemporary art to their lives in a meaningful way.