'The Archimedean Point' is the artist's most extensive exhibition. One of Hungary's most well known artists, he counts among the most influential of the middle generation. Csorgo's work explores the margin between art and science. The artist conducts thorough experiments with precise machines of his own design and optical apparatuses that reinforce his likewise epistemological and playful, humorous approach. 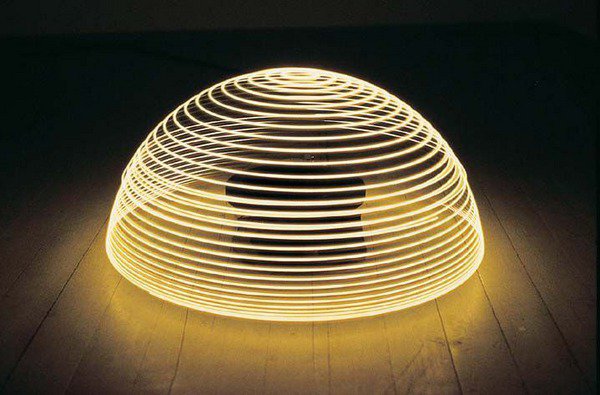 The Archimedean Point is artist Attila Csörgő’s most extensive exhibition yet. One of Hungary’s most well known artists (born in Budapest in 1965), he counts among the most influential of the middle generation. Csörgõ’s work explores the margin between art and science. The artist conducts thorough experiments with precise machines of his own design and optical apparatuses that reinforce his likewise epistemological and playful, humorous approach.

His interests lie in optical illusions, metamorphoses of space into surface as well as hypnotic plays of light that touch upon mechanical movements and other inventions, where he combines imagination and a curiosity for various physical and mathematical phenomena. He often spends months working with mathematical problems that engage questions of physics or geometry, all the while creating unconventional works that offer visible solutions to these various questions.

Csörgõ often builds cameras for example, the photographs of which show us our reality as we have never seen it before. In leading science into art – always with a wink – he challenges viewers’ preconceptions about the ingenius craftsman. In other words: he uses art as a means of hijacking the viewer into a fascinating world of scientific research.

The exhibition presents photography, sculptures, installations, collages and works on paper – a total of 50 artworks, some of them multi-part or extensive room installations on loan from several museums and private collections throughout Europe.

Attila Csörgő represented Hungary in the 1999 Venice Biennial and was awarded the Munkácsi Prize in 2001. He participated in the Istanbul Biennial in 2003 and the Sydney Biennial in 2008; in 2008 he was granted the Nam June Paik Award, Europe’s most important prize for media art.

Accompanying the exhibition is a catalogue, soon to be available for purchase in bookshops, museum stores and at www.freunde-der-kunsthalle.de.
The exhibition is organized by Ludwig Muzeum, Budapest; the Mudam in Luxembourg and the Hamburger Kunsthalle.