'The Shape We're In (New York)' is an exhibition of works from the Zabludowicz Collection featuring new commissions by 4 artists: Sarah Braman, Ethan Breckenridge, Sean Dack, and Nick van Woert, as well as introducing Matthew Darbyshire in his first exhibition in the US. Each artist has been invited to respond to this vacant space at the 'picture postcard' heart of NYC. The show includes works by Martin Boyce, Ryan Gander, Haim Steinbach, Gary Webb, Franz West, and many more. 'Proposal for a Floor' takes as its premise the challenge to occupy an empty, for-lease floor in America's most famous neighbourhood. The artists invited reconcile architecture and sculpture with a view towards economics and entropy. 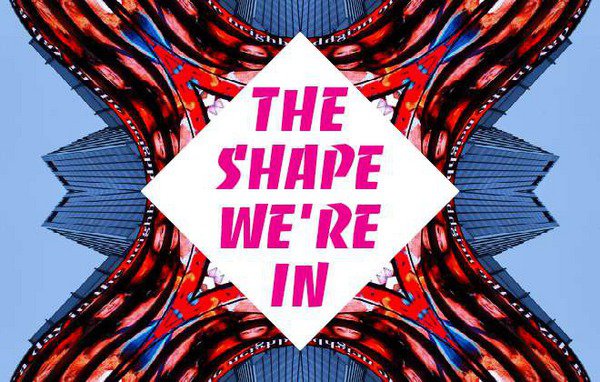 Zabludowicz Collection: Six Weeks in New York', proudly presents it's first transatlantic exhibition taking over the top floor of a New York skyscraper to showcase emerging talent in contemporary art with two exhibitions: The Shape We're In (New York) and Proposal for a Floor.

For six weeks, the 33rd floor of 1500 Broadway will be transformed into a space for US audiences to discover the activities of the London‐based Zabludowicz Collection, which supports emerging artists and innovative curatorial practice by collecting and exhibiting contemporary art, as well as through an extensive education and events programme. The Zabludowicz Collection’s intervention in this iconic American location encompasses a library and reference space alongside the two exhibitions.

The Shape We’re In (New York) is an exhibition of works from the Zabludowicz Collection featuring new commissions by four New York‐based artists: Sarah Braman, Ethan Breckenridge, Sean Dack, and Nick van Woert, as well as introducing British artist Matthew Darbyshire in his first exhibition in the United States. Each artist has been invited to respond to this vacant space at the ‘picture postcard’ heart of New York City.

The artists will present new work alongside existing works from the Zabludowicz Collection. Sarah Braman and Nick van Woert have produced works specifically for the exhibition and Matthew Darbyshire’s new commission ‘pick n’ mix’ makes links between New York and London, the two world cities connected by The Shape We’re In. Ethan Breckenridge and Sean Dack will exhibit a new iteration of a collaborative work first seen at The Suburban in Illinois: a sculptural and audio installation which invites visitor participation. A second version will also be installed in the exhibition’s London counterpart, The Shape We’re In (London). A second London-based exhibition, The Shape We're In (Camden), sees works by Tracey Emin, Dan Attoe and Jack Strange installed in vacant shops around the London borough of Camden.

The Shape We’re In is accompanied by a publication with contributions from 25 writers, and is designed by Sarah Boris. Limited edition artworks by artists in the show including Ethan Breckenridge, Sean Dack, Matthew Darbyshire, Jack Strange and Nicole Wermers


Proposal for a Floor

As part of its commitment to support innovative curatorial practice, the Zabludowicz Collection has invited independent curator Alex Gartenfeld to produce a new exhibition for this unique architectural space. Proposal for a Floor arose out of a dialogue with Sir Norman Rosenthal and includes a number of artists whose works are held in the Zabludowicz Collection. The exhibition features works by Sam Anderson, Zak Kitnick, Dominic Nurre, Anselm Reyle, James Richards, David Scanavino, Josh Tonsfeldt and Kon Trubkovich.

Proposal for a Floor takes as its premise the challenge to occupy an empty, for‐lease floor in America’s most famous neighbourhood. The artists reconcile architecture and sculpture with a view towards economics and entropy.

The exhibition addresses its historically loaded context; one looming precedent is Sam Delany’s Times Square Red, Times Square Blue, in which the artist allegorises the clean‐up of Times Square as a squelching of sexual culture, but also of class communion. The artists in Proposal for a Floor wonder what types of pleasure might be organically infused into the steel and glass facades of Times Square.

On selected days and by appointment, visitors will also have the opportunity to see a display of the Zabludowicz Collection’s recent photography from Leipzig, Germany in the offices of the Tamares Group at 1500 Broadway. The exceptional photographic practice of the artists, recent graduates from the Academy of Visual Arts, Leipzig, is linked by a studied objectivity and conceptual rigor which runs alongside an in‐depth knowledge and active questioning of the photographic medium. The large scale photographic works in their varied styles and subjects are frequently underlined by subtle humour or social commentary.

Alex Gartenfeld is a curator and writer based in New York. Recent exhibitions include It’s All American, the inaugural exhibition at the New Jersey Museum of Contemporary Art, October 2010 co‐curated with Haley Mellin; since 2009 he has run contemporary art project spaces in his apartment and since 2008 has been online editor for Interview Magazine.

Press Information and additional information on The Shape We’re in (London) and (Camden):
Kristina McLean at Calum Sutton PR Tel: +44 (0) 20 7183 3577 or Email: kristina@suttonpr.com