The World According to New Orleans

A curatorial examination of the art and visual culture of the city, with a particular focus on areas of overlap between self-taught and avant-garde tendencies. New Orleans' location has generated a unique blend of distinctions between artistic genres and vernacular traditions, and each of the 13 artists in the exhibition has produced work that in some way challenges many of these time-worn distinctions. 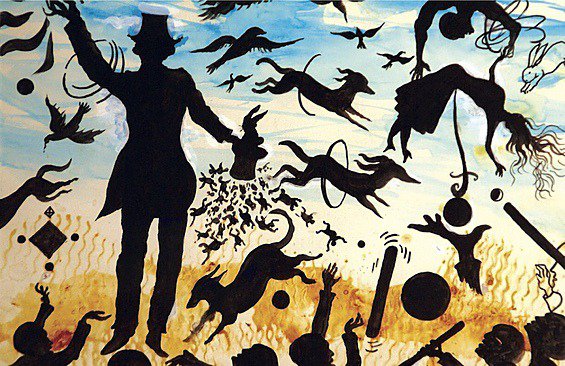 This spring, Ballroom Marfa will collaborate with curator Dan Cameron on The World According to New Orleans, a curatorial examination of the art and visual culture of New Orleans, with a particular focus on areas of overlap between self-taught and avant-garde tendencies. New Orleans’ location at the geographic fringe of the continental United States, in close proximity to Cuba, Haiti, and Mexico, has generated a unique blend of distinctions between artistic genres and vernacular traditions, and each of the artists in the exhibition has produced work that in some way challenges many of these time-worn distinctions.

New Orleans has not typically been located at the forefront of any major postwar American art movements, so the analysis of its characteristic visual art forms is missing from most accounts of national art of the past half century. Paradoxically, this cultural distance between center and periphery in American art seems to underscore much of the truly interesting art to come out of New Orleans, while ensuring that many valuable developments go unnoticed by the national mainstream. In this sense, the New Orleans art world shares some important characteristics with its much larger music scene, which is revered internationally for its unique and influential sounds, but since the early 1960s remains largely untapped by the music industry as a whole.

Renewed interest in the artistic and cultural significance of New Orleans since the post-Katrina floods of 2005 suggests a prior neglect that the international art community seems prepared to address. For this reason, The World According to New Orleans proposes that a historical backdrop to New Orleans art—particularly one that suggests an alternative artistic canon—is appropriate for an exhibition that attempts to explore the essence of the city’s current art scene. However, instead of trying to establish a pedigree that approximates the emergence and development of modern art in larger metropolitan areas like New York, Chicago, or Los Angeles, with its requisite local variations of welded steel sculpture and lyrical abstraction, the historic past proposed in this exhibition is one that is just as idiosyncratic as the present it influences.

To inaugurate The World According to New Orleans, Ballroom Marfa will host a weekend of festivities, including an opening reception on Friday, 18 March, from 6–8 pm, followed by a community dinner and a live music performance by Little Freddie King at the Capri. On Saturday, 19 March from 3–4:30 pm, Dan Cameron will give an exhibition walkthrough with the artists. Finally, there will be a student Haiku reading, lead by artist Dan Tague at Marfa Book Company at 6pm. These events are free and open to the public.

The World According to New Orleans is curated by Dan Cameron, the founder of the not-for-profit organization U.S. Biennial, Inc., and the artistic director of Prospect New Orleans, the international biennial of contemporary art. He is the director of visual arts for the Contemporary Arts Center in New Orleans, and senior curator for Next Wave Visual Art at the Brooklyn Academy of Music.

Generous support for The World According to New Orleans has been provided by: The Brown Foundation Inc., Houston; National Endowment for the Arts; Texas Commission on the Arts; Meyer Levy Charitable Foundation; The Oshman Foundation; with generous contributions by Toby D. Lewis; Ken & Shere Whitley; and Ballroom Marfa members.

Ballroom Marfa is a dynamic, contemporary cultural arts space that provides a lively intellectual environment where varied perspectives and issues are explored through visual arts, film, music, and performance. As an advocate for the freedom of artistic expression, Ballroom Marfa's mission is to serve international, national, regional, and local arts communities and support the work of both emerging and recognized artists working in all media.

Ballroom Marfa is particularly interested in helping artists and curators achieve projects that have significant cultural impact but would be impossible to realize in a traditional gallery or museum setting.

This exhibition and its public programs are free and open to the public.