In such a fast and mediated reality, how do we establish any lasting criteria for art's social or aesthetic value? Through an exhibition of diverse artworks not tied to any particular medium, this project suggests that we could remain vulnerable, investigating complex punctums, multiple assemblies, engaged participation, and recursive systems as alternate ways to encounter new aesthetic and social formations. 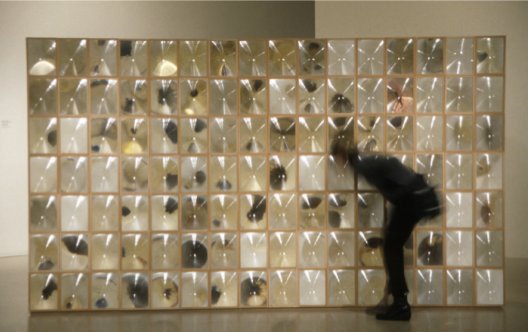 Prolonged Engagement is an exhibition that brings together artists who create aesthetic conditions rather than discrete art objects. Finding beauty and ingenuity amidst human imperfection, the artists in Prolonged Engagement allow the world to act upon them as they act upon it. As with tinkerers, inventors, and other radical thinkers, they know that the ah-ha moment is not a singular event, but rather one that absorbs information from the outside world, mixes and remixes it, and allows new ideas and processes to gradually fade into view. Driven by productive antagonisms and juxtapositions, they create complex environments for inquisitiveness and transformation that go beyond simplistic notions of failure and success.

As outsourced labor continues to dominate art production and biennials, art fairs, and platforms like Google Art Project expand into as-yet unexploited geographical and virtual territories, the artworld becomes increasingly flat and fractured: design replaces art; the IPad replaces the studio; the medium trumps the message. Curator Erin Sickler asks: In such a fast and mediated reality, how do we establish any lasting criteria for art’s social or aesthetic value? Through an exhibition of diverse artworks not tied to any particular medium, Prolonged Engagement suggests that we could remain vulnerable, investigating complex punctums, multiple assemblies, engaged participation, and recursive systems as alternate ways to encounter new aesthetic and social formations.

Complex Punctums
Roland Barthes famously defined the punctum as the subjective, personal response to an image.
Although their subjects are totally unrelated, both Harriet Salmon and Deana Lawson engage image-making processes around the creation of a complex punctum. Based on home decorating and art magazines, Salmon’s photographs of handcrafted miniature environments are carefully crafted to stimulate desire. Armed with only her camera, Lawson approaches the people she intends to photograph in ways that allow for multiple levels of exchange between photographer and subject while her growing archive of found portraits and other iconic photographs feeds the imaginary behind her own photographic work.

Multiple Assemblies
Created especially for Prolonged Engagement, both the installations of Jaret Vadera and Jesal Kapadia involve the juxtaposition of still and moving images held together by a web of personal, aesthetic, and historical associations. Vadera’s combination – a video of the artist’s roving eyes, a spectrum of hues taken from his skin tones and reduced into 7 Pantone colors, and a distorted Skype self-portrait – presents a conceptual and perceptual investigation on the meaning of self. Kapadia’s installation centers around a specific image from an archive of radical women’s movements—a female farm activist in rural India addressing an audience of seated male farm workers. Here, Kapadia, an editor for the journal Rethinking Marxism and member of the collective 16Beaver, addresses one of her central concerns: is it possible to conjoin activism and feminism while engaging in aesthetic experimentation?

Engaged Participation
Drawn to allusiveness and tactility, N. Dash and Esperanza Mayobre direct their efforts towards establishing a phenomenological presence for their work. Dash rubs pieces of paper in her pocket until they are worn thin, applying indigo pigment after the fact. For many years, this kind of creation-through-reduction has been the driving yet invisible force behind her practice. Mayobre's project-based work implores the viewer to inhabit multiple perspectives. In her large gridded sculpture, refracted lenses partially conceal the objects inside, encouraging the viewer to take part in an extended temporal and physical engagement.

Recursive Systems
A recursive system is one that takes in outside information, churns it around, spits it out, and then feeds it back into the system, but in doing so, it alters the system itself. JJ PEET employs recursive systems within his work. PEET began his artistic explorations in clay and now works in a variety of mediums, but his approach to making still functions much like a kiln or a crucible. His work takes shape within a series of adjacent mini-studios, each devoted to a single medium – painting, ceramics, sculpture, video/audio – and each accompanied by a corresponding working method. For Prolonged Engagement, PEET presents a series of ceramic plates that, like the scenery depicted on Greek urns or Delft pottery, form an alternate record of history, combining images, signs, and symbols from PEET’S own repertoire with those from current events.

About the Curator:
Erin Sickler is the Director of Curatorial Programs, 601Artspace, New York, NY. Previously, she was Assistant Curator, Queens Museum of Art, Queens, NY. Prior to that she was an itinerant producer of memoirs, installations, and organizing systems for artists; puppet shows; plays; protests; conferences; strawbale and Cobb constructions; and consciousness-raising experiments. She received her BA in Visual Art and Environmental Studies from Oberlin College (2001) and an interdisciplinary MA from New York University (2007). Her interests are chiefly divided between 1) working with artists who engage complex systems in all mediums and 2) exploring intersections between the economy and art, especially the way that organizational funding structures affect artists’ work. To that end, she partners with the barter network Ourgoods.org by hosting Idea Parties to encourage collaboration and sustainability in support of ideas. She has organized numerous exhibitions including Queens International 4 at the Queens Museum of Art (2009) and Hanging Out at No Rio (2009), a project with nine artists in and about the Lower East Side, NY. In 2010, she was awarded the Lori Ledis Emerging Curator Fellowship and was a Fellow at the Smithsonian Latino Center, Washington, D.C. She is the US Listings Editor for the Swiss art magazine Kunst Bulletin.

EFA Project Space is a Program of The Elizabeth Foundation for the Arts.
EFA Project Space, a multi-disciplinary contemporary art venue focused on the investigation of the creative process, aims to provide dynamic exchanges between artists, cultural workers, and the public.
Art is directly connected to its producers, to the communities they are a part of, and to every day life. By contextualizing and revealing these connections, we strive to bridge gaps in our cultural community, forging new partnerships and the expansion of ideas. Through these synergies, artists build on their creative power to further impact society.

The Elizabeth Foundation for the Arts (EFA) is a 501 (c) (3) public charity. Through its three core programs, EFA Studios, EFA Project Space, and the Robert Blackburn Printmaking Workshop, EFA is dedicated to providing artists across all disciplines with space, tools and a cooperative forum for the development of individual practice.
EFA Project Space is supported in part by public funds from the New York City Department of Cultural Affairs. Private funding for the Gallery has been received from Lily Auchincloss Foundation and The Carnegie Corporation Inc.

April 29, 6-8:30 PM: Food scholar Elizabeth Thacker Jones will talk about the recent intersection between food and art and its relationship to ideas of sourcing and larger food systems. Followed by a discussion and a dinner provided by Jones and Curator Erin Sickler. $13 per person.
BYOBeverage. Seating is limited. To RSVP, email sally@efanyc.org.