Joy and disaster: to mark the Hungarian presidency of the European Union in 2011, S.M.A.K. is presenting a challenging dialogue between the work of contemporary Hungarian artists and works from its own collection. The Marcel Broodthaers room is a proposal for a permanent display of the work of Marcel Broodthaers in the S.M.A.K. The Spanish artist Carlos Rodriguez-Mendez (1968, Pontevedra) will install a gigantic minimalist sculpture in the Kunst Nu rooms at the S.M.A.K. Untamed absurdism, rebellious poetry and melancholy humour characterise the sculptural work of Michael Sailstorfer (1979, Germany). 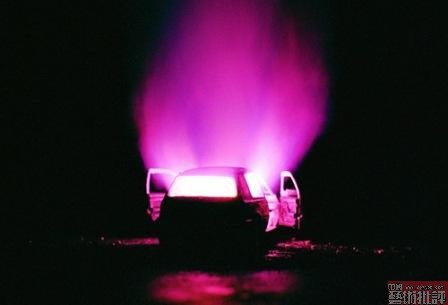 To mark the Hungarian presidency of the European Union in 2011, S.M.A.K. is presenting a challenging dialogue between the work of contemporary Hungarian artists and works from its own collection. S.M.A.K. invited Zsolt Petrányi (Director of Múscarnok, Budapest Art Centre) to make the selection.

The basic premise for the Joy and Disaster exhibition is to revisit the issues raised thirty years ago in S.M.A.K.’s Prospect 80/1 show. In 1980, the former artistic director Jan Hoet selected six Hungarian artists for that exhibition: Miklós Erdély, Tibor Hajas, András Halász, Zsigmond Károlyi, Endre Tót and János Vetö. Hoet claimed that these artists, whom he classified as ‘Eastern European’, acted on motivations similar to those of their western peers. These included a withdrawal from society (a necessity in the East, while voluntary in the rest of Europe).

In 2011, the cultural expression of reality is validated by communication with society. Joy and Disaster seeks to interpret the social status of the Hungarian artists and attempts to show how their activity is related to a reality whose local and universal impulses have always been a mixed blessing to them.

The exhibition will be accompanied by a publication in Hungarian and English, including a facsimile of the catalogue from 1980.

In the near future, the S.M.A.K. will be giving the work of Marcel Broodthaers the room it deserves. This room will be launched as a model and a design in the framework of the CAHF (Contemporary Art Heritage Flanders).

The museum has commissioned architecten de vylder vinck taillieu to conceive a setting for the work where presentation and research complement one another.

The Spanish artist Carlos Rodríguez-Méndez (1968, Pontevedra) will install a gigantic minimalist sculpture in the Kunst Nu rooms at the S.M.A.K. The ‘scars’ the work and the presentation space suffer during the installation will remain visible and tangible to the spectator. In this way the work will disprove the typical discourse of Minimalism, because, rather than pursuing a balanced relationship, it will become a sculptural study of the (enlarged) ratio of scale between body, sculpture and space.

Rodríguez-Méndez bases his sculptural work on the material and physical creative process. The whole evolution, from its construction to its installation in the exhibition space, is an essential part of his work. Through his use of plain, perishable and ephemeral materials such as earth and peat, and minimalist imagery, his work is situated somewhere between Arte Povera and Minimalism.

Rodríguez-Méndez uses his body as a component in his sculptural work. He does this by way of ‘performative sketches’ in which he ‘positions’ himself in the (public) space. In this way he lays the conceptual foundations for later monumental sculptures which often prove to be too large for the room in which they are ultimately presented. The work is only complete when the physical aspect is inherently present both in the process of creation and in the presentation.

Everyday objects such as lamp posts, police cars and bus stops are transformed into ‘useless’ images with a purely aesthetic value. Meaning is generated by means of traditional sculptural processes, thereby enabling the everyday itself to become sculpture. Sailstorfer has an eye for the formal qualities of objects, but he also leaves room for fiction, imagination and romance. He injects life into soulless things, makes trees fly and houses breathe.

Sailstorfer is interested in our personal experience of space. He therefore emphasises the contrast between his images and the place where they thrive. For example, he often takes typical big-city objects which he then places in a rural environment. When he wants to extend this contrast into a museum context, he introduces strange odours and street sounds into the room. In this way, the sculptures grow and their impact transcends their actual physical dimensions.