2011's shortlisted artists are Thomas Demand, Roe Ethridge, Jim Goldberg, and Elad Lassry. The annual award of 30,000 pounds rewards a living photographer, of any nationality, who has made the most significant contribution, in exhibition or publication format, to the medium of photography in Europe between 1 October 2009 and 30 September 2010. Winner Announced on Tuesday 26 April 2011. 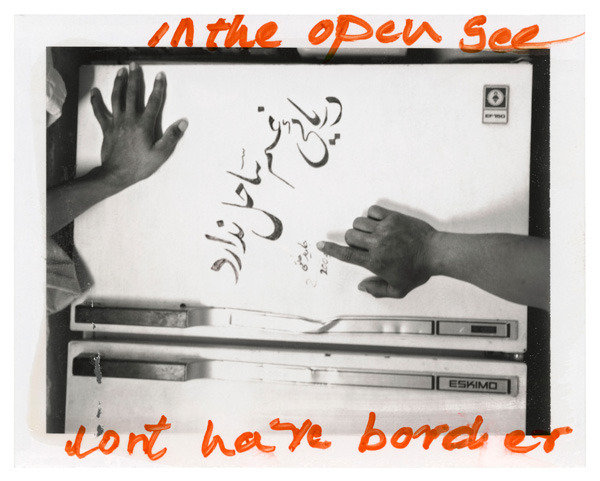 Now in its fifteenth year, the prestigious Deutsche Börse Photography Prize 2011 is presented by The Photographers' Gallery, London. Open from Tuesday 5 April until Sunday 1 May 2011, the winner will be announced at a special award ceremony on Tuesday 26 April 2011. This year the Prize is shown at Ambika P3 at the University of Westminster, 35 Marylebone Road, London NW1 as The Photographers’ Gallery is currently closed for extensive redevelopment until Autumn 2011 to create new galleries and an education floor.

The annual award of £30,000 rewards a living photographer, of any nationality, who has made the most significant contribution, in exhibition or publication format, to the medium of photography in Europe between 1 October 2009 and 30 September 2010.

Thomas Demand (b.1964, Germany) is nominated for his exhibition, Nationalgalerie, at Neue Nationalgalerie, Berlin (18 September 2009 – 17 January 2010).
Demand’s concise yet strangely unsettling images explore German social and political public life. Often using photographs drawn from the media, Demand turns these scenes into life-size and meticulously constructed three-dimensional paper models, that he then photographs. Ranging from the interior of the Bonn parliament of the late 1960s to the artist’s childhood room, the spaces subtly reveal the mechanisms of their making and challenge the viewer’s perception of reality by examining memory and photographic truth.

Roe Ethridge (b.1969, USA) is nominated for his solo exhibition at Les Recontres d’Arles Photography 2010, France (3 July – 19 September 2010).
Blurring the boundaries of the commercial with the editorial, and the mundane with the highbrow, Ethridge’s conceptual approach to photography is a playful attack on the traditions and conventions of the medium itself. Often borrowing ‘outtakes’ from his own commercial work, Ethridge readily counterpoises a catwalk shot with a still-life of a pumpkin or a pastoral scene of cows grazing. His distinct but elusive and poetic groupings of portraits, landscapes and still lifes create new associations and embrace the arbitrariness of the image and image making.

Jim Goldberg (b.1953, USA) is nominated for his exhibition Open See at The Photographers’ Gallery, London (16 October 2009 – 31 January 2010).
Jim Goldberg, GREECE. Lavrio. 2005. Two detained Afghani refugees point to the refrigerator on which they wrote (approximate translation) "The Sea of Sadness has no shore". (Their English translation is "in the open see (sic) dont have border") Lavrio Detention Center.
Initiated through a Magnum commission, Open See documents the experiences of refugee, immigrant and trafficked populations who travel from war torn, socially and economically devastated countries to make new lives in Europe. Fusing Polaroids, video, written text, ephemera and large and medium format photographs (taken in places as varied as Iraq, Bangladesh, China, The Balkans and Congo), Goldberg uses his varied and experimental approach to photographic storytelling to reflect on issues of migration and the conditions for desiring escape.

Elad Lassry (b.1977, Israel) is nominated for his exhibition Elad Lassry at Kunsthalle Zürich (13 February – 25 April 2010).
Lassry’s small-scale photographs slip effortlessly between genres, depicting plastic still-lives, uncanny publicity portraits, collages, animals and landscapes. Thoroughly familiar and blank at the same time, his images move beyond the simple category of ‘photography’ and instead ask us to revisit the sensory experience of a picture. Characterised by their intensive colours, shapes and patterns, the images effectively merge representation with abstraction. Lassry also works as a filmmaker and has produced and directed several silent 16mm films, two of which will be shown in this exhibition.

The Deutsche Börse Photography Prize continues to be one of the most prominent exhibitions at The Photographers’ Gallery and is amongst the most prestigious of the international arts awards. Deutsche Börse Group is one of the leading exchange organisations and a major sponsor of photographic art. The Group owns an extensive art collection of contemporary photography which, to date, includes more than 800 works by over eighty international artists. More information on Deutsche Börse Group can be found at www.deutsche-boerse.com/art.

During the exhibition The Photographers’ Gallery Bookshop will be operating at Ambika P3 selling a range of exhibition related publications including the Deutsche Börse Photography Prize 2011 catalogue for the special exhibition price of £12.00 (RRP £19.99). It will also be selling a small selection of other products including cameras. The Bookshop currently operates online, visit http://shop.photonet.org.uk

For further information on the Deutsche Börse Photography Prize 2011 or any of The Photographers’ Gallery’s activities visit http://www.photonet.org.uk

Image: Jim Goldberg, GREECE. Lavrio. 2005. Two detained Afghani refugees point to the refrigerator on which they wrote (approximate translation) "The Sea of Sadness has no shore". (Their English translation is "in the open see (sic) dont have border") Lavrio Detention Center. © Jim Goldberg / Magnum Photos