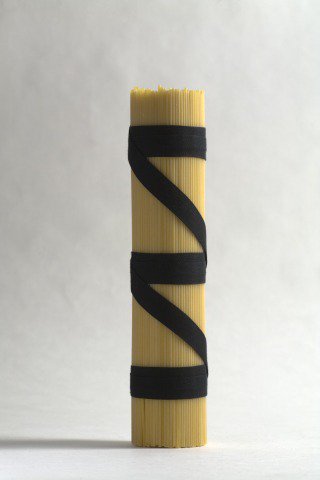 "YICCA" is an ambitious project regarding transperancy, comparison and research of new artistic talents. Nowadays it is becoming more and more difficult to comply with the requirements of art market, in particular – facing the challenge of competing with the constantly increasing number of newly arising artists in the contemporary art field. YICCA was founded in 2009. The decision of its foundation was taken under the great influence of new ways of making and thinking art that recently have discovered many surprising and unusual forms of art. This general confusion and rapid change of offers is without any doubt challenging and extremely exciting. The main goal of YICCA is to understand and to improve new talents that in this “beautiful chaos” are able to interpret better the upcoming art. This second edition is addressed to European artists. We have assembled an international jury to whom is assigned the task of selecting 15 finalists.

Yicca staff
The YICCA competition's aim is to promote the enrolled artist, giving them chance to join the international market of contemporary art. The contest 2010 - 2011 was the natural continuation of Yicca 2009 contest, where the great success with over 1000 participants has prompted the association to expand its relations and cooperation with galleries and professionals. The competition was open to all artists or groups of artists and professionals who work permanently in Europe. The artists were chosen by an international jury, selected among art journalists, critics and artists, all internationally renowned. The selected by the jury artists have the opportunity to exhibit their participating work in Berlin, in "Factory-Art Gallery" in the period between 5 to 29 May 2011. Their works and artistic research are included in the catalogue.

Coline Milliard
Coline Milliard is an art writer based in London. UK Editor for Modern Painters and ARTINFO as well as London correspondent for art press, she is a regular contributor to Art Review and Art Monthly. She has also written for MAP, Artnet Magazine, Contemporary, Flash Art International, Untitled, Metropolis M, Frieze.com, Afterall Online, Numéro and Art in America. Coline Milliard is an executive member of AICA, the International Association of Art Critics. She is founding co-editor of Catalogue (www.cataloguemagazine.com), the very first contemporary art magazine designed to act as a platform for interaction between the English and French-speaking art worlds.

Douglas Heingartner
Douglas Heingartner is an art journalist based in Amsterdam. He is a regular contributor to Flash Art, Frieze, I.D., IEEE, Spectrum, Los Angeles Times, The Associated Press, The Economist, The Int'l Herald Tribune, The New York Times, The Village, Voice, The Washington Post, and Wired.

Lorenzo Bruni
Lorenzo Bruni is a critic and freelance curator, lives and works in Florence. Starting from 2000, Bruni takes part to the artistic project named BASE Contemporary Art Projects (www.baseitaly.org), a no-profit space in Florence, where he follows and coordinates each art project along with the artists community of BASE. On 2006, Lorenzo Bruni was the inventor and curator of a new art space in Florence, VIANUOVA ARTE CONTEMPORANEA, where he has developed a program of shows and happenings involving international and national contemporary artists. He took part to several monographs and he’s going through a volume about the relation between Art and Architecture from the 70’s until now for Silvana Editoriale. At the moment he is contributor for some magazine like Arte e Critica, Mousse Magazine and Flash Art. He is also author of numbers of essays on contemporary art, young and established artists for publications.

Noah Stolz
Noah Stolz is the director of La Rada, a space for contemporary art based in Locarno (CH). He also works as a freelance curator and art critic writing for Kunst-Bulletin and occasionally for other art magazines (Contemporary and Mousse, among others). He has curated many group shows and solo exhibitions with artists like Miguel Angel Rios, Roberto Cuoghi, Enrico Ghezzi, Angelika Markul, David Renggli, Andrea Sala, Hiraki Sawa, Peter Stoffel, and many more.

Áron Fenyvesi
Áron Fenyvesi is a Budapest (HU) based curator and art writer. Since 2011 he is the leading curator of the Trafó Gallery, which focuses on central-eastern european art. He is a member, and ex-secretary of the Studio of Young Artists’ Association, Budapest and a member of the board of AICA, section Hungary. Fenyvesi was nominated for the Lorenzo Bonaldi EnterPrize in 2009, and he curated many exhibtions in Hungary focusing on the local emerging art scene - including shows which were located in the Ernst Museum, Budapest; Studio Gallery, Budapest; Art Gallery, Paks; and the Institute of Contemporary Art – Dunaújváros. His most recent shows include Donumenta 2010 – Aktuelle Kunst aus Ungarn, which was held in Regensburg, Germany. One of his latest publications is an interview with the Elmgreen & Dragset artist duo, and a catalogue for Ádám Kokesch.

GALLERY
Factory-Art Gallery
Factory-Art gallery was born in Trieste_Italy in December 2006. In October 2009 it moved into a new space in Berlin. The gallery space itself is very interesting, no windows and fully isolated from the outside world, where nothing can distract the visitors. Someone called the space: "A rabbit-warren of connected rooms featuring low ceilings,exposed brick walls and piping, this space is to provide more rustic alternative to the polish of a lot of galleries and a visit here is as much about the setting as the exhibitions themselves" [...]
Through the work of the artists and this magical space we try to open the visitors an unprecedented vision to give them the choice whether to return to an always monotonous life or to be available to a spiritual awakening that will lead them to "discover how deep the rabbit hole goes" . The gallery's mission is to promote the artistic research, to increase the communication between the artist's project, to put them in comparison and to lay the foundation for an extended dialogue. The contemporary art offers us the possibility to see the world with different and unusual eyes and allows us to understand the time that we are live in. Behind the creation of engaged artists by Factor-Art you can often find awkward offpspring alternative new art. With its works the Factory-Art gallery hopes to contribute to the cultural growth that countersigns every evolved society.

Robert Bogatec
Robert Bogatec is Factory-Art gallery's director, a gallery/space for contemporary art based in Berlin. He also works as a curator and writer in International Art Incubator Foundation – London.

Gianpietro Zilli
Gianpietro Zilli is the tecnical director for exhibitions in the Factory-Art gallery, a gallery/space for contemporary art based in Berlin. He also works as a creative and organization in International Art Incubator Foundation – London.

For Press and Media
press@yicca.org