Serce na dloni (Il cuore in mano) is the title of a short story written at the dawn of the World War I, in 1913, by Osvaldo Licini, a story of a man called Bruto, whose desire for getting into a empathic relation to the others leads him to the great disappointment: his generous offer of giving his heart as a gift gets sharply refused by all persons he encounters. This story lays on the backdrop of the exhibition project developed by Massimo Bartolini and it's narrated in Polish. 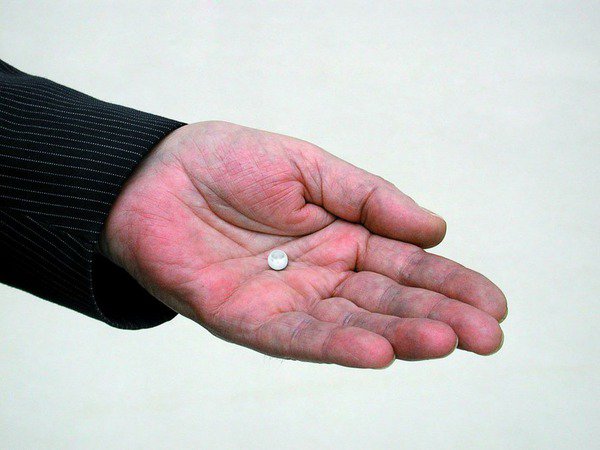 Massimo Bartolini’s exhibition Serce na dłoni initiates a four-year-long series of site-specific projects for the Centre of Contemporary Art in Torun by some of the most interesting and renowned international artists.

Serce na dłoni (Il cuore in mano) is the title of a short story written at the dawn of the World War I, in 1913, by Osvaldo Licini, who is considered to be one of the most intriguing Italian artists and novelists, associated with important historical movements such as Futurism and Surrealism. Even though it was written almost a century ago, the story, due to its sharp tones and narrative structure, still sounds very up-to-date.

It is a story of a man called Bruto, whose desire for getting into a empathic relation to the others leads him to the great disappointment: his generous offer of giving his heart as a gift gets sharply refused by all persons he encounters. It is a poetical metaphor that invites us to reflect upon the value of endowment, of an act of giving, but most of all, it invites us to think about the value of an artwork itself, which also can beconsidered as an offer, an invitation to share ideas, thoughts and feelings that it contains.

This story lays on the backdrop of the exhibition project developed by Massimo Bartolini and it will be narrated in Polish. As a counterpoint to this story, the other one, with a the similar content will be evoked through the tune of the traditional Polish song Serce (Heart) arranged by Janusz Prusinowski, that will be played on organs made by the artist as a part of the more complex installation. The sound of organs and the modulations of the emitted voice of a narrator will determine the change and the intensity of the light in the space, creating a sort of performative piece, in which the main protagonists will be two immaterial elements: light and sound.

The symbol of a heart, in the multitude of its meanings and allusions, is in the centre of this work, which intersects literary, theatrical, musical, poetic and artistic elements in quite a unique and inedited way. It aims at triggering reflection on issues which animated artists of the past and which still echo strongly today: on the value of culture and ethics in the today’s society. Even if developed around such powerful and universal symbol as heart, the centre of every being and a place where life starts and ends, Bartolini’s work remains coherent with his expressive language which is complex but also very subtle and poetic. In fact he is known for his ability to intervene in the exhibition space in a very anti-monumental way, challenging conventional exhibition formats offering to the public particular kind of perceptive experience. Ways of altering the space through light, sound or movement puts in question a viewer’s perceptive capacities and conventional notions about temporal and spacial dimensions, with the implication that one of the main tasks of art is to expand our perspectives and change our fixed viewpoints.

Massimo Bartolini was born in Cecina (Tuscany) in 1962, where he still lives and works. His career started in the mid ‘90s and since than he has been exhibiting internationally at most important contemporary art venues. His work is in major museums and private collections worldwide. His work derives from multiple sources of inspiration that range from theatre (Grotowski and Brook), literature, poetry and music up to philosophy, physics and broader studies of natural phenomena.

In collaboration with the Italian Cultural Institute in Warsaw.

Exhibition opening: 13th of May, 7 pm in concomitance with the international cultural event “Museums’ Night”, featuring a performance by Janusz Prusinowski.