Fridays to Sundays 3-5 pm or by appointment

In 'To Lose' Brody and Paetau set up two conflicting ideas against one another: the contemporary' s preference for the biographical over the difficulty of the work itself, and the contemporary artist's struggle, in spite of all this, to continue to 'make it new', in the Modernist tradition. These questions are explored in the context of a new video work and a performance. 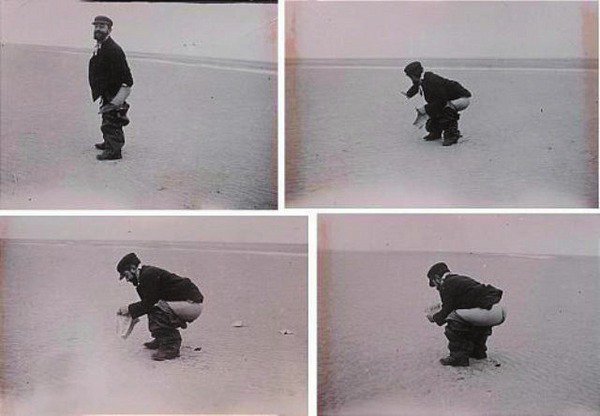 STYX Projects is proud to present »To Lose«, a curatorial project by the artist duo Ondrej Brody and Kristofer Paetau.

In their video work and interventions throughout the last seven years, Ondrej Brody and Kristofer Paetau have emerged as ›agents provoca- teurs‹ of the international art scene.

In an era when seemingly any action or type of work is deemed acceptable and marketable by the contemporary art establishment, Brody and Paetau continue to probe the borders of taste and sensibility, posing a serious threat to the normative social conditions of the art world and making a strong argument for the possible emergence of a new and virulent avant-garde.

The artists’ task is often approa- ched via an interrogation of the idols of classical Modernism. »To Lose« will not be an exception.

Resonating with the artists’ recent exploration of hu- man verticality, »Ein lebendiger Gar- tenzwerg in Bad Ems«, »To Lose« will see the artists-as-curators introducing a new-old artist on to the contempora- ry art scene.

His name is To Lose. Not Toulouse-Lautrec, exactly, but perhaps a descendant. A descendant ›inven- ted‹ by the curators. But what will To Lose show in this, his first important Berlin solo exhibition? Will he be able to sustain the myth of artistic genius that has carried his career this far and preserved his predecessor’s name in the annals of art history? What role is left for the curators to play, now that they have ›handed over‹ the exhibition to this infamous, yet unknown artist? Is an artist just a name? What is in a name, anyway?

As their practice is always first and foremost a critical one, Ondrej Brody and Kristofer Paetau thus set up two conflicting ideas against one another in »To Lose«: the contemporary’s preference for the biographical over the difficulty of the work itself, and the contemporary artist’s struggle, in spite of all this, to continue to ›make it new‹, in the Modernist tradition. These ques- tions will be explored in the context of a new video work and a performance at the opening of the exhibition. In the end, To Lose hopes to demonstrate exactly why, in a post-hyper-capitalistic scenario, to lose might be a more rewarding premise than to win.

Ondrej Brody (b. 1980 in Prague, CZ) & Kristofer Paetau (b. 1972 in Porvoo, FI) work together as an artist duo since 2004. Their work has been shown in numerous international group and solo shows and is part of several public collections, among them »Kunsthallen Nikolaj«, Copenhagen, »MoCa Museum of Contemporary Art«, Cape Town, South Africa and »MAC Museo de Arte Contemporanea de Niteroi«, State of Rio de Janeiro, Brasil. In 2010 they got awarded the »Balmoral Kunstpreis 03«.

(Image: Henri de Toulouse-Lautrec at the beach at Le Crotoy, Picardie in 1898. Photographed by his friend, the gallery owner Maurice Joyant. Later published as postcards.)