Cory Arcangel: Pro Tools revolves around the concept of 'product demonstrations'. All of the works featured in the exhibition - ranging from video games, single channel video, kinetic sculpture, and prints, to pen plotter drawings - have been created by means of technological tools with an emphasis on the mixing and matching of both professional and amateur technologies. On May 24, the Whitney Museum will break ground on a new building designed by Renzo Piano. Following the groundbreaking ceremony the museum presents 'Designing the Whitney of the Future', a show of renderings and a model for the new building's design by celebrated Italian architect. 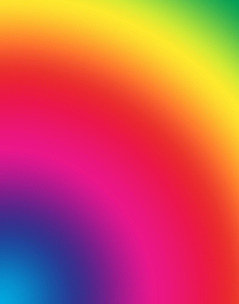 An acknowledged master of the remix, Cory Arcangel, the 32-year-old Brooklyn-based artist, makes work across a wide range of media, including video games, single channel video, performance, music composition, sculpture, and works on paper. For Arcangel’s first major New York museum show, Pro Tools, the Whitney Museum of American Art devotes the fourth floor to a selection of recent work by the artist in a variety of scales. The exhibition, curated by Christiane Paul, the Whitney’s adjunct curator of new media arts, remains on view from May 26 through September 11, 2011. Pro Tools features video games, single channel video, kinetic sculpture, prints, and drawings created by mixing and matching both professional and amateur technological tools, as well as the vernaculars these technologies encourage within culture at large. The title of the exhibition refers to the popular software of the same name, which enables users to compose, record, edit, and mix music and sound. While none of the work in the exhibition actually makes use of the software, the title reflects Arcangel's practice of recording, composing, and remixing.

Curator Christiane Paul notes, “The works brought together in Pro Tools are multi-layered, humorous, and ironic reflections on the role that technology plays in today's cultures. Cory Arcangel's work is a critique of technology that does not deny the appeal and seduction of technological product. At the core of his projects lies an interest in ‘the human factor’—the ways we express ourselves through technological tools and platforms, from Photoshop to YouTube.”
The centerpiece of the exhibition is Various Self Playing Bowling Games (aka Beat the Champ) (2011), which was co-commissioned with the Barbican in London, where it debuted earlier this year. The work consists of multi-channel, large-scale projections of bowling video games from the late 1970s to the 2000s. Using custom-manufactured electronics, Arcangel has hacked each unit to play a loop of a game in which the bowler throws only gutter balls. Projected in chronological order, these games are as much a history of bowling games as of "technological progress" and the evolution of graphic representation in the digital medium, beginning with the highly pixelated and becoming increasingly three-dimensional and realistic to simulate the physical world surrounding us.

The other video game project featured in the exhibition, an interactive modification of a golf game, continues Arcangel's playful exploration of the relationship between the human body and the extension of its actions into virtual environments. In Masters (2011), visitors are invited to participate by putting a golf ball, only to have it never go into the hole. Arcangel sees golf games as a simulation of a simulation, "a virtual re-enactment of a fake hunt played out in a carbon copy of nature." For Arcangel, simulation is a key element of our world and its obsession with highly manufactured renditions of reality.

The investigation of products and tools finds a different form of expression in the series of Photoshop Gradient Demonstrations, unique prints showing fades between colors that have been created by using the popular image-processing software Photoshop's standard gradient tool. The fact that these prints are created simply by a single gesture (one click of a mouse) is offset by their large size and high-end production value created by means of top-of-the-line 2011 C-print technology, mounting, and framing. Photoshop Gradient Demonstrations reference both Marcel Duchamp's readymade—the appropriation, manipulation, and re-contextualization of images and objects that emphasized a shift from object to process—and the visual qualities of Abstract Expressionism's non-representational, improvisational imagery.

The reflection on technological delivery formats and storage is continued in Since U Been Gone (2011), prints created from scans of music CDs by using a combination of metallic stamping foils and silkscreen to produce a trompe l'oeil effect. The project traces the musical genealogy of the Kelly Clarkson song "Since U Been Gone" (2004) through parallel musical and cultural influences. Arcangel, who studied composition and electronic music at the Oberlin College Conservatory of Music, has always been specifically interested in musical production. The "CD scan as art object" underscores the evolution of the recorded form, the degree to which music distribution has moved to the Internet, and the DIY aspect of music production and remix enabled by software tools.

The intersection between product, its delivery format, and DIY pop culture is captured in Arcangel's video There's Always One At Every Party (2010), a "supercut" of every single scene from the history of the TV series Seinfeld that mentions Kramer's "Coffee Table Book About Coffee Tables." The supercut, an obsessive video montage of every instance of "something," has become a YouTube genre and pop-cultural form of expression on the Internet. A coffee table book about coffee tables could both be seen as the epitome of "product," self-indulgent to the point of decadence and as a self-reflexive act that builds the connection to classic conceptual art, which often became art about art.

The obsessive cut and remix culture are also at the core of Arcangel's video Paganini Caprice No. 5 (2011), in which he "remakes" Paganini's Violin Caprice no. 5, known for its speed and the high level of virtuosity it requires from its player. Arcangel's project reconstructs every single note of Paganini's Caprice from YouTube videos of people playing heavy metal guitar. The artwork is a product demonstration of Arcangel's Gould Pro software—named after the pianist Glenn Gould (1932–1982). The artist wrote the software for making a series of videos that recreate well-known classical, atonal, or baroque compositions out of notes from YouTube videos at a faster speed than commercial editing programs would allow—so fast in fact, that the product could be seen as a critique of itself.

Arcangel's Research in Motion (Kinetic Sculpture #6) (2011) is a moving sculpture assembled from off- the-shelf "dancing stands," rotating consumer display systems that are manipulated to move at a certain speed. Encountering Research in Motion within the gallery and museum context, one is reminded of artist Sol Lewitt's "structures" (a term he preferred to "sculptures") and his open, modular use of structures originating from the cube, a form that played a major role in his artistic practice. Arcangel's moving "structure" also references the 1950s and 1960s as the golden age of kinetic sculpture, which was earlier pioneered by artists such as Marcel Duchamp (Bicycle Wheel, 1913) and László Moholy-Nagy (Light- Space-Modulator, 1930) as well as cheap late-90s techno design as embodied by products sold at now defunct stores like The Sharper Image.

About the Artist
Born in 1978 in Buffalo, NY, Cory Arcangel lives and works in Brooklyn. He received his Bachelor of Music from Oberlin Conservatory, Oberlin, OH. While at Oberlin, Arcangel studied classical performance and electronic music composition. Since graduating, Arcangel has twice been commissioned by New Radio and Performing Arts, Inc. Other awards include NYSCA New Media Grant, New York Underground Film Festival "Jury Prize" for Sans Simon, and a Creative Capital Grant.
Recent solo exhibitions include Beat the Champ at The Curve, Barbican Art Gallery, London (2011); Here Comes Everybody at the Hamburger Bahnhof, Berlin (2010-11); a retrospective entitled The Sharper Image at Museum of Contemporary Art, Miami, FL (2010); Creative Pursuits at the University of Michigan Museum of Art, Ann Arbor (2010); and Nerdzone Version 1 at Migros Museum in Zurich (2005). His work has appeared in many international group exhibitions, including Younger than Jesus at the New Museum, New York (2009); The Possibility of an Island at the Museum of Contemporary Art, Miami (2008); the Museum of Modern Art’s Color Chart: Reinventing Color, 1950 to Today (2008); Sympathy for the Devil: Art and Rock and Roll Since 1967 at the Museum of Contemporary Art, Chicago (2007); Speed 3 at the Instituto Valenciano de Arte Moderno in Valencia, Spain (2007); Time Frame at P.S. 1 in New York (2006); Database Imaginary at The Banff Centre in Alberta, Canada (2004); and the 2004 Whitney Biennial. His work is included in many public collections, including those of the Whitney Museum of American Art; Miami Art Museum; Migros Museum, Switzerland; and Neue Nationalgalerie, Germany.

Designing the Whitney of the Future

On May 24, 2011, the Whitney Museum will break ground on a new building designed by renowned architect Renzo Piano and located between the High Line and the Hudson River Park in the Meatpacking District. In this exhibition, renderings and a model reflecting the building’s innovative design are paired with artist Lawrence Weiner’s language piece HERE THERE & EVERYWHERE; Piano’s design and Weiner’s words suggest that while art can be specific to a site and place, it represents a human cultural achievement that is ephemeral, everywhere, and universal.

Following the May 24th groundbreaking ceremony for its new building in downtown Manhattan, the Whitney Museum of American Art presents Designing the Whitney of the Future, a Lower Gallery show of renderings and a model for the new building’s design by celebrated Italian architect Renzo Piano, paired with Lawrence Weiner’s language piece HERE THERE & EVERYWHERE (1989). This show is organized by Whitney curator Carter Foster.

At an impressive site between the High Line and the Hudson River in New York City’s Meatpacking District, the Whitney is breaking ground on Tuesday, May 24. Renzo Piano Building Workshop (RPBW) in collaboration with New York City firm Cooper, Robertson & Partners, has developed the design over the last several years. The renderings, model, and a video fly-through shown in Designing the Whitney of the Future display the building’s final design. Color renderings will be placed on the wall along with additional miniature models that demonstrate the building’s design progression. These architectural materials will be accompanied by Lawrence Weiner’s HERE THERE & EVERYWHERE (1989), positioned on one of the Lower Gallery walls. As the Whitney begins construction on its new building downtown, it will be, as suggested by Weiner’s language piece, both HERE and THERE over the next few years. The new building is slated to open to the public in 2015.