On show Mitch Epstein, the winner of the third "Prix Pictet" photography prize for environmental sustainability, for his series entitled "American Power". The winners as well as the finalists (Taryn Simon, Thomas Struth, Guy Tillim, Michael Wolf...) will be presented in the group exhibition "Growth". This event takes place in concurrence with Zurich's first Night of Photography. 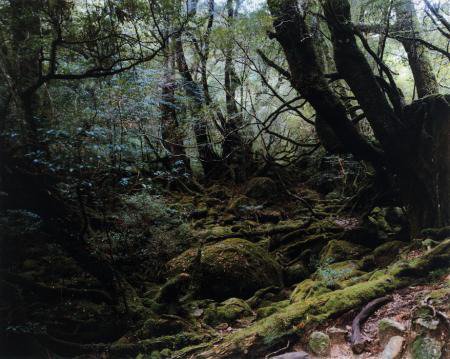 "It is difficult to look at this exhibition without being moved, even angered. And yet, however bleak their message, the creativity and spirit of these artists also gives us hope that we, the human race, have the capacity to find, to agree and to realise the answers to these challenges. I want to congratulate each of the photographers for the power and beauty of their work". (Kofi Annan, Honorary President of the Prix Pictet)

The Christophe Guye Galerie is happy to announce American photographer Mitch Epstein as the winner of the third "Prix Pictet" photography prize for environmental sustainability, for his series entitled "American Power", following the winners of the previous years Benoit Aquin and Nadav Kander. Furthermore, the annual Prix Pictet Commission was awarded to American photographer Chris Jordan who will visit "Tusk Trust", which focuses on supporting the Nakyprat Conservancy, a new community-led initiative in Kenya supported by Pictet & Cie. The two photographers were selected from a shortlist of twelve renowned artists, including Christian Als, Edward Burtynsky, Stéphane Couturier, Mitch Epstein, Chris Jordan, Yeondoo Jung, Vera Lutter, Nyaba Leon Ouedraogo, Taryn Simon, Thomas Struth, Guy Tillim, and Michael Wolf. The winners as well as the finalists will be presented in the group exhibition "Growth" at the gallery opening on the 28th of May 2011.

This year's cycle, "Growth", follows the themes of "Water"" and "Earth", the first and second Prix Pictet respectively. At once a blessing and a curse, Growth, in all its forms, presents one of the great conundrums facing humanity in the early decades of the twenty-first century. Launched in 2008 by Swiss private bank Pictet & Cie, the Prix Pictet has rapidly established itself as the world's leading prize in photography and sustainability. The prize was developed to deepen our understanding of the changes taking place in our world and to raise public awareness of the urgent need to take preventative action, and has a unique mandate – to use the power of photography to communicate vital messages to a global audience.

The jury-members are a group of experts from the world of visual arts from across the world – including curators, gallery directors, as well as journalists and art critics, including from Switzerland Urs Stahel, Director of the Fotomuseum Winterthur, und William Ewing, former Director of the Musée de L'Elysée in Lausanne – look for original contributions, which, in their opinion, make best use of the resources of photography to communicate the issues concerning the topic of the year.

The Christophe Guye Galerie is proud to present the works by such renowned photographers. Opening on the 28th of May 2011 the Prix Pictet will for the first time be presented in Zurich. This event will take place in concurrence with Zurich's first Night of Photography, where other prestigious exhibitions will be shown for example at the Fotomuseum Winterthur, the Museum für Gestaltung, the World Press Photo 11, or the Swiss Photo Award.

Similarly the gallery is delighted to announce their closing event, held on the 14th of June 2011, in the presence of German-born photographer Michael Wolf, one of the twelve nominees of this year's Prix Pictet, who just received an Honourable Mention at the World Press Photo Award 2011 in the category "Contemporary Issues" for his series "A Series of Unfortunate Events", all photographed from Google Street View. In a diverse array of photographic projects Wolf explores complex cultural identities and is best know for his breathtaking visuals of mesmerizing abstraction capturing Hong Kong, one of the most densely populated metropolitan areas in the world. Presenting his latest publication "Hong Kong Inside Outside", which encapsulates two of his most important and famous series to date, "Architecture of Density" and "100 x 100", Wolf will be present for this closing event and exclusive book signing.