Offering a vibrant and detailed exploration of the varied practices of the next generation of London's artistic talent, Young London includes works made within the last three years, with many works produced especially for the exhibition. Crucial to Young London is a curated programme of performances, screenings, talks and events that will take place weekly during the course of the exhibition. 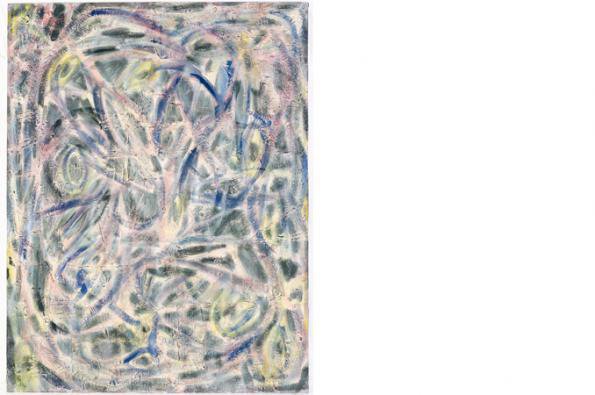 V22 is proud to announce the inaugural exhibition in its impressive 50,000 square feet exhibition space in its new premises at The Biscuit Factory Bermondsey, London. Young London is an ambitious, diverse exhibition with 35 young London artists that focuses on interesting emerging trends, ideas and attitudes within the fine art culture of this city.

Offering a vibrant and detailed exploration of the varied practices of the next generation of London’s artistic talent, Young London includes works made within the last three years, with many works produced especially for the exhibition. Crucial to Young London is a curated programme of performances, screenings, talks and events that will take place weekly during the course of the exhibition. Inspired by the dynamic, young and emerging contemporary art scene in London, the exhibition has been devised to amass a body of artists who are playing a prominent role in shaping the future of contemporary art both in London and internationally.

Young London is consistent with V22’s mission to support and promote contemporary art. This is the third such large-scale exhibition organised by V22 over the past three years, and initiates its 2011 programme of exhibitions, projects and collaborations.

This generation of artists seems to represent a new spirit in the making and exhibition of art. Often rejecting the norms of the traditional studio/gallery crossover, many of these young London artists extend the making of the work into the gallery space, and the works often evolve thereafter, into further utterances, or to become props or stages for later work.
In addition, a new sensitivity and sincerity seems apparent in this cusp generation. Released from the necessity for irony and self-consciousness, these artists seem to be the natural heirs of the 20th century’s repeated attacks on ‘disciplines’ within art, the use of traditional materials, the masterpiece tradition, the object of art. One senses that we are emerging from the YBA hangover, the morass of the ‘altermodern’, the uncertainty, of the last decade; that it is this generation of artists who are truly ready to begin a new century afresh.

Young London is similar in nature to recent large-scale exhibitions such as British Art Show 7 (Hayward Touring Exhibition), New Speak (Saatchi Gallery), The State We’re In (176/Zabludowicz collection) but is dedicated entirely to today’s young and emerging artists based in London.
Young London inevitably recalls the Freeze exhibition, a large warehouse show of young and emerging practice, which launched the YBAs 30 years ago, and will also be held in the same Bermondsey factory complex where Damien Hirst and other YBAs mounted the ‘warehouse’ exhibition Modern Medicine in the 1990s.

Founded in 2006, V22 is an art organisation which comprises a growing collection of contemporary art, artists’ studio and workshop complexes and an ambitious programme of exhibitions, events and community projects.
Recent exhibitions include SWAMP by Phyllida Barlow July – August 2010, held at the V22 Ashwin Street, Dalston, premises, and A Bluebird in my Heart, presented at the National Gallery of Zimbabwe.

About the V22 Collection
V22 is a collective art collection. It is structured as a traded, public limited company in which artists and investor-patrons own shares. V22 listed on the stock market because it believed this was an innovative and exciting way for a number of people to share a growing collection of contemporary art and to work in partnership with artists to do so.
The V22 Collection aims to keep a body of work together from this exhibition: the 2011 Young London collection.

About V22 and The Biscuit Factory
In 2008 V22 hosted The Sculpture Show, an exhibition in 3 sections, in the Almond Building within The Biscuit Factory, which featured over 80 artists including Fiona Banner, David Batchelor, Jake and Dinos Chapman, Sarah Lucas, Gavin Turk, Richard Wentworth and Keith Wilson. V22 have worked in partnership with Workspace Group plc for many years and both organisations are delighted to have such a large creative complex in the heart of Bermondsey.