'The Struggle Against Ourselves' is the first solo exhibition in the U.S. by Dublin-based artist Jesse Jones. Jones' new film takes Vsevolod Meyerhold's biomechanics etudes as its point of departure to position itself between the principles of Russian constructivism and its eventual appropriation by mass culture. 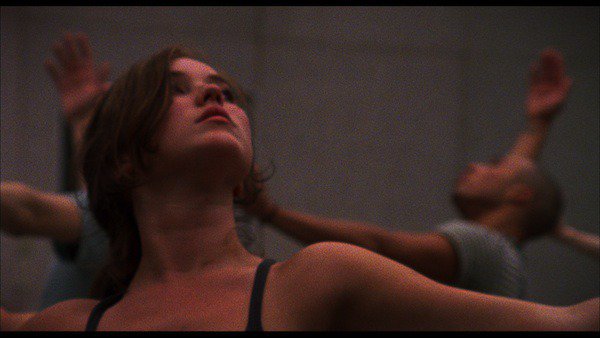 Jones' recent body of work focuses on the political and social history of cinema while exploring the role of film as a cultural artifact within collective history. Commissioned by REDCAT and produced at CalArts during a residency this spring in Los Angeles, Jones' new film takes Vsevolod Meyerhold's biomechanics etudes as its point of departure to position itself between the principles of Russian constructivism and its eventual appropriation by mass culture.

Working in collaboration with students from CalArts' Schools of Theater and Film/Video as well as Los Angeles theater director Chi-wang Yang, Jones' new film titled The Struggle Against Ourselves restages Meyerhold's biomechanical workshops (influential to the pioneering Soviet film director Sergei Eisenstein) as they appear in a series of photographs from the 1920s by the Russian photographer Alexander Grinberg. The reconstructed etudes depict the spectacle of movement embedded within radical political ideology while remaining eerily filled with the pathos of the historical past. The Struggle Against Ourselves displays a convergence of Russian revolutionary art and American popular culture by emphasizing the collective human form and synchronicity of movement—brilliantly usurped and reinterpreted in the films of Busby Berkeley. Despite the vast differences in their approach to politics, the pairing of these disparate cultural forms reveals an uncanny resemblance in the representation of the body on film.

Jones' new work is presented alongside The Spectre and the Sphere (2008)—a film depicting a performance of "The Internationale" on a theremin by Lydia Kavina, as well as a trilogy of recent works Mahogany (2009), The Predicament of Man (2010) and Against the Realm of the Absolute (2011)—a feminist sci-fi film set 100 years in the future after capitalism has been overthrown and its female inhabitants re-enact the past as ritual events to produce a sense of historical time. Brought together at REDCAT for the first time, the works reflect Jones' desire to retrieve the artifacts of cultural history and revolutionary politics through performance, filmic re-enactment and theatrical staging.

Jesse Jones: The Struggle Against Ourselves is produced in collaboration with the CalArts Schools of Film/Video and Theater.

The exhibition is funded in part with generous support from Culture Ireland, Stacy and John Rubeli, and Pasadena Art Alliance.

Image: Jesse Jones, "The Struggle Against Ourselves," 2011, 16mm film transferred to video. Courtesy the artist.