12-6pm Sat Sun 12-6pm during exhibitions. Other times by appointment

'The MacGuffin', the exhibition of paintings by Wendy Elia and Marguerite Horner, recalls a term associated with Hitchcock when discussing the suspense techniques in his films. The uncanny is a central theme for both artist, as a matter of fact there is something very Hitchcockian going on in their works, both reminiscent (in entirely different ways) of film stills. 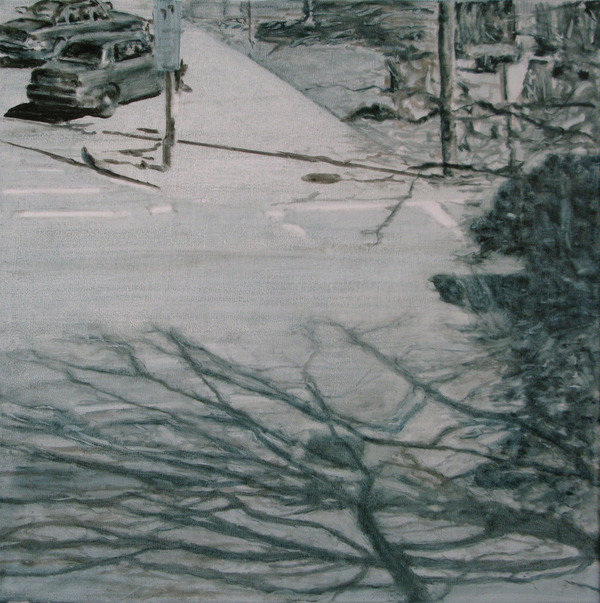 WW Gallery is pleased to present 'The MacGuffin', an exhibition of paintings by Wendy Elia and Marguerite Horner, 1st – 17th July 2011.

The MacGuffin is a term associated with Hitchcock when discussing the suspense techniques in his films. Hitch described the Macguffin as a device on which to hang the tension in a film, and could be anything including money, glory, survival, victory, power, threat, or something completely unexplained. By definition the MacGuffin is nothing; it is ambiguous or indefinable and can be open to interpretation. It is the catalyst that sets a story in motion, even if, by the end of the plot, we have sometimes forgotten what it was.

Whatever it is or isn't, the MacGuffin is also present in Elia's and Horner's work, a deliciously dark device, something lurking, or elusive. In Elia's work, a seductive palette is deliberately at odds with her sometimes disconcerting narratives and in Horner's monochrome scenes, we may never be sure if the tension resides in the occasional jolts of colour, the innocuous looking pallid houses, or along the tight telephone lines running across the horizon of so many of her paintings.

There is something very Hitchcockian going on in both Elia's and Horner's paintings, both reminiscent (in entirely different ways) of film stills. Viewing the work of both painters, one feels witness to something that has either happened or is about to happen, which evokes feelings of familiarity as well as alienation. The Uncanny, then, is a central theme for both artists.

Elia and Horner themselves are as different as chalk and cheese. To meet the artists individually one would never suspect that there could ever be common ground between the two, so perhaps all the more reason to place them together. For the curators, there was clearly a common thread, that indescribable something that pulls the viewer in whilst triggering a curl of the lip or a raise of an eyebrow.