A unique collection of 200 works by Norwegian photographer John Olav Riise (1885-1978), one of the country's most prominent artists of the past century. Judy Radul has created the work 'World Rehearsal Court', in this artwork, she examines the relationship between experience and testimony as well as truth and fiction in the judicial process. Some forty years in the making, the Neby collection contains such renowned names as Josef Albers, Victor Vasarely and Olle Baertling, together with works by a younger generation of Nordic artists influenced by concretism. 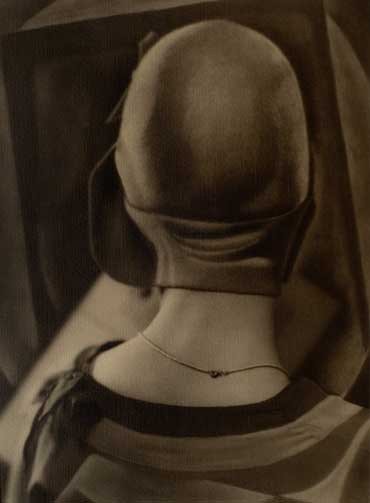 Among Henie Onstad Art Centre’s many art treasures is a unique collection of 200 works by Norwegian photographer John Olav Riise (1885–1978), one of the country’s most prominent artists of the past century. Riise trained as a photographer, but was so fascinated by the process of creating pictures that he went on to develop his own artistic style influenced by cubism and surrealism.

John Olav Riise (1885 - 1978) holds a unique position within Norwegian photographic history. He expressed himself eclectically, utilising aspects of Cubism, French Neo-Classicism, Surrealism and Abstraction in his work. There were very few other Norwegian photographers who developed a modernist visual language with the same concistency as Riise. He was particularly active on the exhibition front during the 1920s and 1930s in Paris - the city where he preferred to exhibit his work internationally. This proved to be the launching pad for a successful artistic career. Although despite the fact that he exhibited frequently, his work seldom gained the attention it deserved in the Norwegian press. In a Norwegian perspective, Riises´s work is distinctive because he had different cultural connections than his Norwegian colleagues. In contrast to other contemporary photographers who were influenced by English and German photography, John Olav Riise was particularly in Norwegian and French painting, and his work reflects this influence. One of the main differences between Riise and his contemporaries was the extensive, manual finishing process he employed. This stood in direct contrast to what they considered to be the special characteristics of photography. This aspect of Riise´s work however, was exactly what the French critics valued so highly. This exhibition aims to shed light upon Riise´s work.

After studying the legal processes of the International Criminal Court for two years, Judy Radul has created the work World Rehearsal Court. In this artwork, she examines the relationship between experience and testimony as well as truth and fiction in the judicial process. Radul draws attention to the way they are interwoven on many levels. In her work, she shows, for example, how events in the courtroom are dramatised by means of video, television monitors, cameras and surveillance equipment.

The work on show at Henie Onstad Art Centre is both an ongoing experiment and a laboratory that examines how courtroom principles work in practice. World Rehearsal Court consists of filmed material from a fictional, enacted trial, and video material that will be shot live inside the exhibition space. Visitors are invited to see and experience for themselves how these various elements are put together. At the same time, they become part of the work, as they are filmed and projected onto screens around the courtroom.

About the artist:
Judy Radul lives and works in Vancouver. She works with performance, photography, sculpture, video and media installations. She has mounted a number of international exhibitions, at, among other places, Mechelen (Belgium), Museum van Hedendaagse Kunst (Antwerp), Catriona Jeffries Gallery (Vancouver), Oboro (Montreal), Presentation House Gallery (North Vancouver) and The Power Plant (Toronto). This is her first exhibition in Norway.

The Erling Neby Collection
Until Sept 11.

The hi-fi enthusiast Erling Neby is perhaps best known for his popular Tivoli radios. As an art collector, he has built up a large private collection of concrete art that includes works with clear parallels to Henie Onstad Art Centre’s own core collection. Some forty years in the making, the Neby collection contains such renowned names as Jean Dewasne, Victor Vasarely and Olle Bærtling, together with works by a younger generation of Nordic artists influenced by concretism. Given the resurgence of interest in concrete and geometric abstract art, the Neby collection constitutes an important reference point also for contemporary art.

In conjunction with the exhibition a book about the collection will be published by SKIRA Editore.