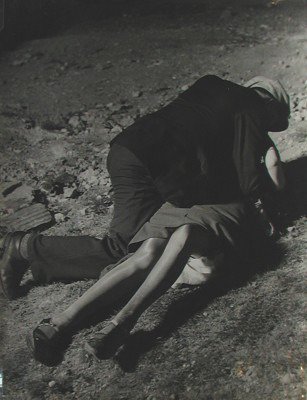 The Michael Hoppen Gallery is delighted to present an exhibition of rare vintage Hungarian photographs from the early 20th Century. This exhibition will include many rare items from the gallery’s substantial collection of vintage photographs. The exhibition celebrates the extraordinary richness of Hungary’s modern photographic tradition with diverse subject matter ranging from fashion, reportage and portraiture, often experimental in nature.

It is generally agreed that many of the world’s most influential photographers from the 1920’s and 1930’s came from Hungary. Martin Munkácsi re-defined fashion and lifestyle photography, influencing the likes of Richard Avedon and Henri Cartier-Bresson who both cited his work as the key reason they became photographers. László Moholy-Nagy, considered by many to have been the father of modern photography, was also originally from Hungary before moving to the Bauhaus in Germany and then to Chicago. André Kertész defined and mastered an alternative style to Cartier-Bresson’s ‘decisive moment’ and is also revered as one of the most important figures in the canon of 20th Century photography. Lucien Hervé worked with Le Corbusier for some 40 years after WWII, his archive was recently acquired by the Getty Museum in California.

Other artists in this exhibition, such as Kerny and Kinszki, decided to stay in Hungary, and although less known outside of the vintage photography market, are by no means lesser in stature, quality and style. Other luminaries such as Robert Capa, who founded the Magnum agency with Cartier-Bresson and Chim Seymour, and of course Brassaï, need very little introduction. Both made their way out of Hungary early in their careers and are regarded as some of the most revered practitioners in their fields. Both are represented in the show with rare vintage works.