Guest edited by Sexymachinery. Format will talk about talking, show what it means to show something, and present the hidden politics of presentation 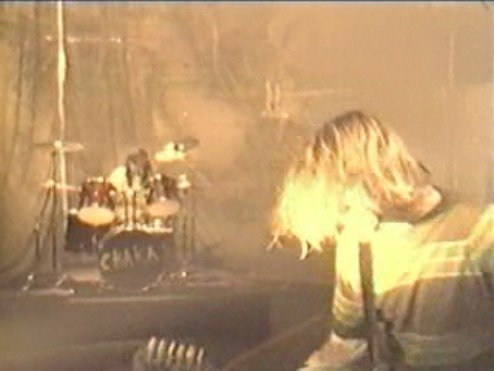 2011 marks the 20th anniversary of Nirvana's 'Smells Like Teen Spirit' as well as the first Gulf War. Format is a new, 'live magazine' looking at the shapes that discourse takes. Held at the AA in a transformed version of the Gallery, it will talk about talking, show what it means to show something, and present the hidden politics of presentation. Mixing anecdote and analysis, seminars with screenings, FORMAT's themed, reflexive sessions look back historically on how knowledge has been formatted into disciplines, institutions, technologies - and how the present moment questions or surpasses received formats of cultural consumption. Paraphrasing Samuel Beckett, 'Format is content, content is format.' Organised by Shumon Basar. Anniversary Format remembers those dates from the past we are not allowed to forget as well as those never known in the first place. History is revised each time we recall it from amnesia. Time loops as it struggles to move forwards. It's OK. There's a party for someone or something everyday. Featuring Sexymachinery (Shumon Basar, Dominik Kremerskothen, Patrick Lacey, Dagmar Radmacher, Benjamin Reichen, Kajsa Stahl, Maki Suzuki) launched the first issue of its eponymous magazine at the AA in July 2000 (with Stephanie Talbot). Since then, it has produced exhibitions, performances, Adidas adverts and art-directing a pop band. Sexymachinery is an Architectural Production in activity since 2000 from London, Copenhagen and Baden-badenIn 2007, sexymachinery announced its demise at a Serpentine Gallery event entitled 'The End'.