'Ostalgia' is an exhibition that brings together the work of more than 50 artists from 20 countries across Eastern Europe and the former Soviet Republics. Contesting the format of a conventional geographical survey, the exhibition includes works produced by Western European artists who have depicted the reality and the myth of the East. 'Joints Array' is a multimedia installation by the groundbreaking video artist Charles Atlas. For more than 40 years, Atlas has explored the possibilities of filmed movement and time-based portraiture through a melding of narrative, fiction, documentation, technological innovation, and precise editing. 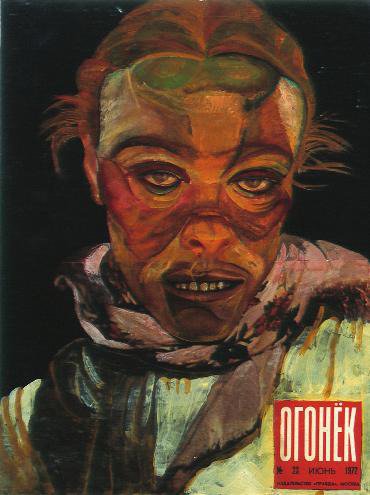 This summer, the New Museum will present “Ostalgia,” an exhibition that brings together the work of more than fifty artists from twenty countries across Eastern Europe and the former Soviet Republics. Contesting the format of a conventional geographical survey, the exhibition will include works produced by Western European artists who have depicted the reality and the myth of the East. “Ostalgia” is curated by Massimiliano Gioni, Associate Director and Director of Exhibitions, and will be on view at the New Museum from July 14 through September 25, 2011.

The exhibition takes its title from the German word ostalgie, a term that emerged in the 1990s to describe a sense of longing and nostalgia for the era before the collapse of the Communist Bloc. Twenty years ago, a process of dissolution began, leading to the break-up of the Soviet Union and of many other countries that had been united under communist governments. From the Baltic republics to the Balkans, from Central Europe to Central Asia, entire regions and nations were reconfigured, their constitutions rewritten, their borders redrawn. “Ostalgia” looks at the art produced in and about some of these countries, many of which did not formally exist two decades ago. Mixing private confessions and collective traumas, the exhibition traces a psychological landscape in which individuals and entire societies negotiate new relationships to history, geography, and ideology.

Some of the works in “Ostalgia”—both from the East and West—describe the collapse of the Communist system and offer a series of personal reportages on aspects of life under Communism and in the new post-Soviet countries. Romanian artist Irina Botea, for example, re-enacts the 1989 revolution as it was broadcast on TV, while Phil Collins interviews teachers of Marxist theory who were left jobless and disoriented by the fall of the Berlin Wall. Legendary photographer Helga Paris presents her poignant portraits of female factory workers in divided Germany, while Vladimir Arkhipov displays photographs of his collection of found objects, improvised tools, and survival designs conceived by Russian citizens during the economic crash of the early 1990s.

A remarkable group of Russian artists constitutes the core of the exhibition, presenting works that retrace the origins of Moscow Conceptualism, and others that point to new directions in contemporary art. Along with the austere paintings of Erik Bulatov, a site-specific installation by Andrei Monastyrski, the drawings of Dmitri Prigov, and the photographic interventions of Anatoly Osmolovsky, visitors will encounter the eccentric self-portraits of Alexander Lobanov, the everyday poetry of Olga Chernysheva’s videos, and the ritualistic gestures of Victor Alimpiev and Evgeny Antufiev. The collective Chto Delat? will create a timeline of the dissolution of the Soviet Bloc. The portraits shot by Nikolay Bakharev on Siberian beaches will be presented along with the erotic fantasies of 14 year-old Evgenij Kozlov, collected in 150 pages from his Leningrad Album.

Composed as a visual archive, “Ostalgia” pays particular attention to the unique place that artists came to occupy in socialist countries, acting simultaneously as outcasts, visionaries, and witnesses. The miniaturized sculptural mocks-up by Hermann Glöckner will be shown next to the urbanistic fantasies of Pavel Pepperstein and the cosmic exploration of Stanislav Filko. The films by Polish workers rescued and archived by Neil Cummings and Marysia Lewandowska will be presented in dialogue with Mirostaw Batka’s uncanny reinterpretation of religious sculpture.

“Ostalgia” does not make a case for a unified history of art in the former Eastern Bloc: instead it illuminates similar atmospheres and sensibilities across nations, and points to dramatic differences, for “Ostalgia” is more about a state of mind than a specific place in time.

Some of the preoccupations that seem to unite the artists in “Ostalgia” are a romantic belief in the power of art as a transformative, almost curative agent; an obsession with language and particularly with its propagandistic use; the conception of a new aesthetic of the body to contrast with the heroic bodies of Socialist Realism; a fascination with the ruins of history as represented by monuments and architectural vestiges; and an understanding of the artwork as a form of sentimental documentary that mediates between cultural pressures and individual anxieties.

The video Dammi I Colori by Anri Sala—with his hallucinated vistas of the Albanian capital Tirana—chronicles the struggle to resuscitate a city with the collaboration of artists, while documentaries by Deimantas Narkevičius and Tacita Dean depict the urban fractures caused by revolutions. Dean’s Palast is a visual eulogy for the imminent destruction of the Palace of the Republic, the Parliament of the former German Democratic Republic in Berlin. The divided city also returns in the 100 photographs that compose Michael Schmidt’s tour de force U-NI-TY.

Combining seminal figures and younger artists, “Ostalgia” does not follow a chronological perspective, establishing instead a series of dialogues between different generations and geographies. Focusing, for example, on the conceptual performances of artists as diverse as Ion Grigorescu, Andris Grīnbergs, Hamlet Hovsepian, Sanja Iveković, Július Koller, and Jiří Kovanda, the exhibition exposes local avant-garde practices and highlights international affinities, while questioning the centrality of Western paradigms. In the work of younger artists, many of whom grew up after the fall of the Iron Curtain, one can detect a tension to recuperate the past through individual perspectives. Andro Wekua, for example, reconstructs a mental panorama of his native Georgian town; Roman Ondák satirizes on what it means to wait in line in the East and the West. Andra Ursuta presents the interior of her house in Salonta, Romania, while Paulina Ołowska transports to New York the decorations of an old Polish puppet theater.

Zig-zagging across distant geographies and personal histories, “Ostalgia” composes an imaginary landscape, tracing the cartography of the dreams that haunted the East, for ultimately “Ostalgia” is an exhibition about myths and their demise.

“Joints Array” is a multimedia installation by the groundbreaking video artist Charles Atlas (b. 1949, St. Louis, Missouri). For more than forty years, Atlas has explored the possibilities of filmed movement and time-based portraiture through a melding of narrative, fiction, documentation, technological innovation, and precise editing. Since 2003, he has been creating live-edited works presented in the exhibition space, as a performance, and, later on, as completed works. Atlas’s films, videos, installations, performances, set, and lighting designs have involved collaborations with leading figures in dance, music, and art, including Cunningham, Marina Abramović, Antony and the Johnsons, Leigh Bowery, Michael Clark, Fennesz, Bill Irwin, John Kelly, Yvonne Rainer, and, most recently, Mika Tajima and New Humans. “Charles Atlas: Joints Array” is curated by Jenny Moore, Assistant Curator.

Atlas began working for his mentor and collaborator Merce Cunningham as an assistant stage manager in the early 1970s and was filmmaker-in-residence for Cunningham’s dance company from 1978 to 1983. On the occasion of Cunningham’s death in 2009, Atlas revisited his earliest films of the dancer and made Joints 4tet for Ensemble, a four-channel installation of synchronized videos choreographed across ten variously sized monitors. For the New Museum exhibition, Atlas will expand upon this earlier work by presenting a new installation of the original four videos as large-scale projections and on a multitude of variously sized monitors. The exhibition features excerpts of Atlas’s first Super 8 color films of Cunningham: filmic experiments shot while the dancer was taking a break from rehearsals. Close-up shots of Cunningham’s wrist, elbow, ankle, and knee capture the dancer’s unique style of movement and function as a fractured portrait of motion and form that varies in tempo and scale. The soundtrack comprises unpublished ambient recordings by Cunningham’s life partner, the avant-garde composer John Cage, from cities the pair visited together. Theatrical lights define the space and shape the experience of the images moving across the array of screens. Intimate, poignant, and provocative, the videos stand in distinct contrast to the more formal collaborations between Atlas and Cunningham that comprise the bulk of their work together. “Joints Array” transforms a casual interaction between dancer and filmmaker into a vivid performance of personal and cultural importance.

This is Charles Atlas’s first New York museum presentation in fifteen years. His videos and installations have been exhibited at the Museum of Modern Art, New York; the Whitney Museum of American Art, New York; the Tate Modern, London; Centre Georges Pompidou, Paris; the Institute of Contemporary Arts, London; and the Stedelijk Museum, Amsterdam. Recent presentations include a solo exhibition at Vilma Gold, London; a collaborative exhibition with Mika Tajima and New Humans at South London Gallery, London; and a collaboration with Michael Clark in the Turbine Hall at the Tate Modern, London.