Terrible Beauty - Art, Crisis, Change & The Office of Non-Compliance. The exhibition's title borrows from William Butler Yeats' seminal response to turn-of-the-century political events to site art's underused potential for commenting symbolically on the world's societal, cultural and economic triumphs and ills. The second part of the exhibition's title underscores Dublin Contemporary 2011's emphasis on art that captures the spirit of the present time, while introducing the exhibition's chief organizational engine: The Office of Non-Compliance. 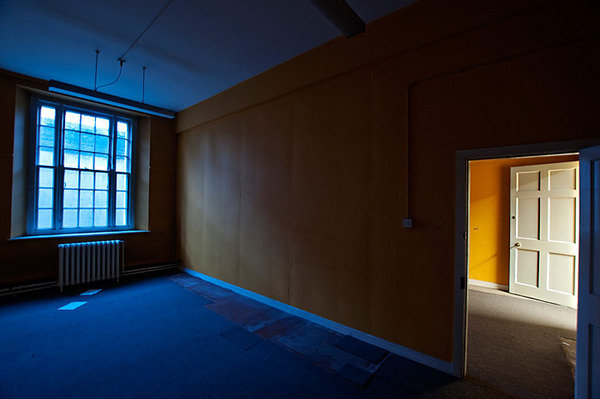 Dublin Contemporary 2011, which will take place from September 6th until October 31st, is pleased to announce its exhibition programme, featuring more than 90 Irish and international artists from five continents.

In response to the theme Terrible Beauty—Art, Crisis, Change & The Office of Non-Compliance, the artists will engage with a number of venues and public spaces throughout the city.

In announcing the programme Jimmy Deenihan TD., Minister for Arts, Heritage and the Gaeltacht said: “Dublin Contemporary 2011 will greatly enhance Ireland’s reputation as an important cultural destination and will attract a large international and domestic audience. Ireland needs the arts to lead the way in innovative thinking and Dublin Contemporary 2011 is to the forefront in this area. Indeed, part of the Dublin Contemporary 2011 attraction will be the fact that emerging artists will be shown alongside established figures, creating a dialogue between the past and the present of contemporary art, and all enmeshed within the history and beauty of our Capital city”.

The main exhibition hub at Earlsfort Terrace, former home of University College Dublin, will provide a range of unusual spaces for mini solo exhibitions that range from large-scale installations to smaller intimate hangings. Representing a whole spectrum of artistic practices and approaches, the exhibition will showcase a multitude of new commissions alongside seminal existing works from recent years.

Emerging artists will be shown alongside established figures, creating a dialogue between the past and present of contemporary art, which will be fleshed out further in the architectural treatment of the show spaces. Much of the original character of these spaces, as well as the traces of their past use, will be retained, enmeshing both the history of the building and its current use, while providing a platform for artists and audience to engage with this ambitious exhibition.

Some of the many highlights at Earlsfort Terrace include the following: a titanic sculpture by Swiss artist Thomas Hirschhorn, an installation by eminent Greek artist Jannis Kounellis, a series of powerful photographs portraying a wounded Iraq war veteran by American Nina Berman, entitled ‘Marine Wedding’, new video works by Israeli artist Omer Fast and Irish artist Niamh O’Malley, as well as a major interactive multimedia sculpture by the Chinese artist Wang Du.

The Italian painter Alberto Di Fabio, known for his interweaving of biological and cosmological imagery, will present a number of new works, as will Irish painters Mairead O’hEocha and Brian Maguire. Also on exhibit will be an extraordinary large-scale sculpture of a giant squid by German artist David Zink Yi and a striking piece by Bulgarian Nedko Solakov.

Collaborative practices from Ireland and abroad are also well represented in this exhibition. They include, among others, the artist collectives The Bruce High Quality Foundation (USA), Claire Fontaine (France), Goldiechiari (Italy), Christine Molloy and Joe Lawlor (Ireland), and Superflex (Denmark). Performance pieces include, among other works, new commissions by the artists Amanda Coogan (Ireland) and Teresa Margolles (Mexico).

The Office of Non-Compliance, located within the Earlsfort Terrace exhibition site, will function as a promoter of ideas around a laundry list of non-conformist art proposals. The Office’s practice will be fuelled by the idea that not only has the world been transformed in the last few decades, the very concept of change itself has changed utterly. This element of the exhibition looks to highlight less conventional, largely artist-led models of art discourse, production and presentation. The Office of Non-Compliance will include ad-hoc, accessible structures for discourse around art and its place in society, such as a Bank of Problems, a Bank of Possibilities, One Problem a Week and a curated forum exploring one topical problem per week.

There are two further intriguing spaces within the Earlsfort Terrace complex: the serene Iveagh Gardens and the light-filled Annex, both adjacent to the main exhibition site. The former will function as an outdoor sculpture garden, while the latter will bring together a multiplicity of sound works under the title All Together Now.

Extending its reach across the city, Dublin Contemporary 2011 will partner with four important Dublin galleries: The Douglas Hyde Gallery, Dublin City Gallery The Hugh Lane, The National Gallery of Ireland and The Royal Hibernian Academy.

Dublin City Gallery The Hugh Lane will present a retrospective of the work of renowned Irish artist Willie Doherty. Doherty represented Northern Ireland at the 2007 Venice Biennale and his work has been seen at leading institutions including the Centre Pompidou, Paris, the Moderna Museet, Stockholm, and the Museo Nacional Centro De Arte Reina Sofia, Madrid.

An exhibition of American painter Alice Neel’s striking, psychologically penetrating portraits will take place at The Douglas Hyde Gallery. Neel’s iconic position within the history of 20th century figurative painting was consolidated recently with a major exhibition at the The Museum of Fine Arts, Houston, which later traveled to the Whitechapel Gallery, London, and the Moderna Museet, Malmö.

The National Gallery of Ireland will host works by a number of international artists as well as a new commission by the distinguished Irish artist Brian O’Doherty. O’Doherty is renowned for his conceptual and installation art along with his highly influential writings on art and its attendant ideologies. A major retrospective of his work was held at Dublin City Gallery The Hugh Lane in 2006.

The Royal Hibernian Academy will host an exhibition of works by American painter Lisa Yuskavage as well as a new commission by Irish artist James Coleman. Yuskavage is highly regarded for her acerbic wit and novel and unsettling treatment of the female form. Major solo exhibitions have included The Museo Tamayo, Mexico City, and the Centre d’Art Contemporain, Geneva. James Coleman’s celebrated installation and video work is known for its highly perceptive analysis of social interactions. Solo exhibitions have included a recent trio of shows at The Irish Museum of Modern Art, The Project Arts Centre and the Royal Hibernian Academy, as well as exhibitions at the Fundació Antoni Tàpies in Barcelona and the Dia Art Foundation, New York.

Throughout this eight-week event, visitors and Dubliners alike will experience an engaging programme of artworks in the public realm. These will include works by artists Alexandre Arrechea (Cuba), Tania Bruguera (Cuba), and Graham Dolphin (United Kingdom). Innovations in contemporary visual art made on the street will also be celebrated through works by artist Mark Jenkins (United States) and others.