Exhibition brings together more than 70 works by 41 artists in a range of mediums - mostly made prior to 9/11 - to reflect upon how the attacks have altered the ways in which we see and experience the world. It will occupy the entire second floor of the museum, with additional works located elsewhere in the building and in the surrounding neighborhood. "I hope this exhibition will offer another way of thinking about what happened and reflecting on the event's continued presence in our lives." (Peter Eleey) 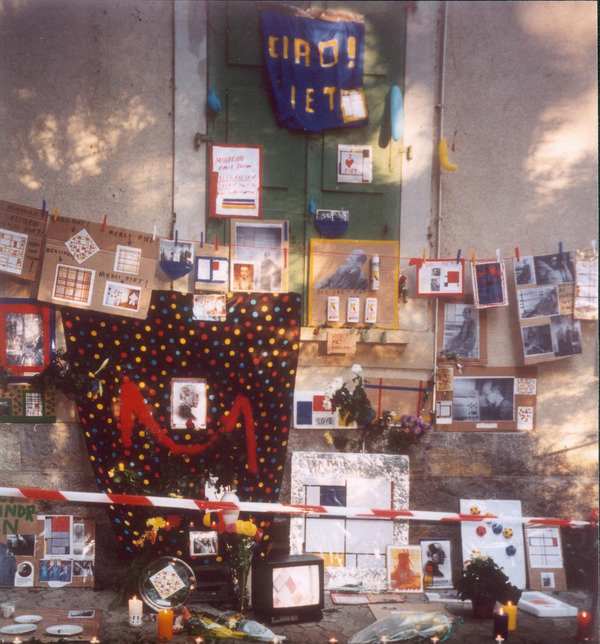 MoMA PS1 announces a major exhibition reflecting upon the attacks of September 11, 2001, and the ways that they have altered how we see and experience the world in their wake. Eschewing images of the attacks on 9/11, as well as art made directly in response, the exhibition provides a subjective framework within which to consider the attacks in New York and their aftermath. Organized by MoMA PS1 Curator Peter Eleey, September 11 will occupy the entire second floor of the museum, with additional works located elsewhere in the building and in the surrounding neighborhood. The exhibition will open on the tenth anniversary of the attacks, and will remain on view through January 9, 2012.

Since that morning, ―September 11 has come to connote a broad swath of feelings and subjects that range from the personal to the national, while continuing to weigh upon the landscape of New York and its inhabitants, especially those directly affected by the attacks. Witnessed by an estimated 2 billion people, the attacks on the World Trade Center towers in New York City were likely the most pictured disasters in history, yet 9/11 remains, a decade later, underrepresented in cultural discourse—particularly within the realm of contemporary art.

September 11 brings together more than 70 works by 41 artists in a range of mediums—many made prior to 9/11—to explore the attacks’ enduring and far-reaching resonance. Curator Peter Eleey explains, ―Even though the towers are gone, we see literal and figurative echoes of them everywhere, whether in the silhouettes of two parallel trees in an Alex Katz landscape, or in the variety of ways that our culture has changed in response to the attacks that brought them down. He continues, ―The street shrines and spontaneous memorials that sprung up throughout the city after 9/11 remain unrivalled for me in their commemorative power. I hope this exhibition will offer another way of thinking about what happened and reflecting on the event’s continued presence in our lives.

A Diane Arbus photograph of a newspaper blowing across a New York intersection at night, for example, assumes a haunting cast in the context of 9/11 (despite having been taken in the late 1950s), as does a series of pictures that John Pilson took in the World Financial Center in the late 1990s depicting intimate scenes of office life across the street from the World Trade Center towers. When Mary Lucier made Dawn Burn (1975), a video installation of a sunrise over the East River, the brightness of the sun rising in the sky scarred the camera’s tube, leaving behind a dark burn in the image. The resulting installation is unsettlingly both an enactment of trauma and a representation of trauma’s persistence in memory.

Against the backdrop of 9/11’s anniversary, September 11 features a number of works that explore commemoration and its rituals, including Susan Hiller’s installation Monument (1980–81), which centers upon photographs of a Victorian monument erected in a London park to mark the heroism of ordinary citizens who died saving others. Harun Farocki’s more recent film Transmission (2007) examines pilgrimage sites that tourists feel compelled to touch—for luck, healing, or remembrance—such as the foot of the statue of the Apostle in St. Peter’s Basilica in Rome, and the names engraved in the Vietnam Veterans Memorial in Washington, D. C. The public desire to participate in communal mourning and grief is suggested by one of Thomas Hirschhorn’s street altars from the late 1990s, which will be installed for the first month of the exhibition on a street corner near MoMA PS1.

To make her audio installation The Forty Part Motet (2001), Janet Cardiff adapted a 16th-century piece of choral music, recording each member of the choir individually. The 40 separately recorded voices are played back through 40 speakers arranged in a large circle, allowing each voice to emerge distinctly as visitors move throughout the room-size installation. When the Motet went on view at MoMA PS1 in the weeks following the attacks, its joining of collective song and individual voice summoned for many visitors 9/11’s distinctive combination of national tragedy and personal loss. In September 11, Cardiff’s piece will be reinstalled in the same gallery where it was first presented a decade ago. Like the exhibition itself, the echoes of the Motet resounding once again in that room will invite us to consider what has changed in the intervening ten years, and what history has allowed to remain substantially the same.

September 11 will be accompanied by a 248-page catalog designed by Kloepfer- Ramsey and published by MoMA PS1. In addition to Peter Eleey's curatorial essay, it will include new contributions by philosopher Robert Hullot-Kentor, Chair of the Critical Theory department at the School of Visual Arts; and art historian Alexander Dumbadze, Assistant Professor of Art History at George Washington University; as well as texts by Alexander Kluge, W.J.T. Mitchell, and Retort.

Sponsorship:
The exhibition is made possible by MoMA’s Wallis Annenberg Fund for Innovation in Contemporary Art through the Annenberg Foundation, the Teiger Foundation, and The Andy Warhol Foundation for the Visual Arts.
Generous support is provided by The Horace W. Goldsmith Foundation.

2nd Floor Galleries, MoMA PS1
MoMA PS1 is located at 22-25 Jackson Avenue at 46th Avenue in Long Island City, Queens
Hours:
MoMA PS1 is open from 12:00 p.m. to 6:00 p.m., Thursday through Monday.
Admission:
Admission is a $10 suggested donation; $5 for students and senior citizens; free for MoMA members and MoMA admission ticket holders. The MoMA ticket must be presented at MoMA PS1 within thirty days of date on ticket and is not valid during Warm Up or other MoMA PS1 events or benefits.