Notes on the Missing Oh. Remaking, renovating, retooling and re-imagining are all words used to describe the reconstitution of a piece of media into a new form, often very similar to the original. Julia's revisiting of the Hollywood film Inchon is more a portrait of a film. 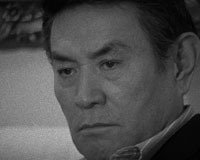 Remaking, renovating, retooling and re-imagining are all words used to describe the reconstitution of a piece of media into a new form, often very similar to the original. Adrià Julià's revisiting of the Hollywood film Inchon is more a portrait of a film. Incorporating ideas of translation and adaptation, Julià has attempted to make an artwork that inhabits the trajectory of the film and its story, bringing to the fore the context of its making, potentially as a story about the film industry in general.

Haunted by propaganda, a desire for heroism and the financial, artistic and ethical compromises that bogged the production from start to finish, the legend of Inchon is one of failure. It was a monumental box-office flop, was criticised heavily on its reception in both South Korea and the US, and is today often remembered as one of the worst movies ever made.

Inspired by the perceived heroism of General Douglas MacArthur's beach landing at Incheon during the Korean War, the film was funded and produced by Reverend Sung Myung Moon, the controversial founder of the Unification Church of Korea. The script was suspected of harbouring propagandistic messages and stories soon began to emerge of linguistic and cultural misunderstanding on set, fuelled by the idiotic decision to film (as a matter of convenience) the people's uprising in Gwangju that resulted in the Gwangju Massacre of 1980. Inchon was doomed to failure before it was even released.

In order to piece together the story and context Julià visited film locations of Inchon throughout Korea, compiled media reviews and news articles, and conducted interviews with some of the film's original cast and crew. Film and television actor Namgung Won is an immediately identifiable star in Korea, but is presented in Notes on the Missing Oh only after the conclusion of his interview—silently seated as the film rolls, alone in front of his own portrait.

On an opposite screen in the gallery, the current status of the film is expanded on through an interview with Dick Millais, a Los Angeles film industry expert on whose desk the orphaned film landed. The silent film and the interview together reveal varying aspects of this story, helping to weave a complex tapestry of images and recollections around the subject.

Most clearly articulated are the physical and cultural landscapes of Korea, composed more through the grammar of still photography rather than film. Relegated to a backdrop of the war-time romance, Adrià Julià's beautifully filmed sequences shift the landscapes into focus. He captures sites from Inchon that are now destitute, some developed beyond recognition or others hardly changed at all, creating a startling enveloping of time since the 30-year old screenplay was written.

Notes on the Missing Oh continues to be developed and at Project Arts Centre Adrià Julià will include a new film produced for the exhibition in Dublin. Julià has been working with a composer to turn the script—hand-copied from an original 1978 version lodged in a Los Angeles library—into both visual and musical scores, which will eventually be filmed as it is interpreted and performed by a band.

With thanks to the Instituto Cervantes, Dublín and the Spanish Embassy in Ireland for their generous support of the exhibition and production of the new work.