The Global Contemporary. Art Worlds After 1989

With the aid of documentary materials and artistic standpoints, the exhibition will demonstrate how globalization, with its dominant market mechanisms on the one hand and its utopias of connectivity and liberalness on the other, influences the different spheres of art production and reception. Over a dozen international artists will be invited. The show opens with a three-day, international festival that includes various performances, workshops, concerts, artist talks, and panel discussions. 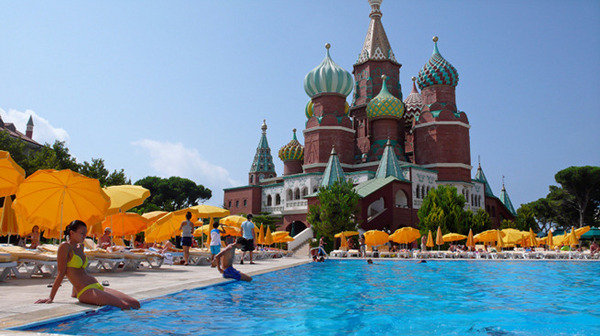 Globalization as a phase of geopolitical vicissitude of the world signifies a change in art and its circumstances of production and the possibilities of its distribution and perception. At the same time, artists and most of all the institutions of art – large-scale exhibitions, museums, the market – are confronted with the question of how far art can be and has to be thought of as global – and how this affects their own modes of production. With the aid of documentary materials and artistic standpoints, the exhibition The Global Contemporary will demonstrate how globalization, with its dominant market mechanisms on the one hand and its utopias of connectivity and liberalness on the other, influences the different spheres of art production and reception.

This examination of the representative institutions and paradigms of the art world should display in which way globalization shapes art and becomes the subject of art production at the same time; art today is by no means produced and received without a consciousness of the inherent circumstances and parameters. As a utopian art “factory” and work place in the best sense, the ZKM aims to raise these circumstances, which also shape the everyday life beyond the art worlds, to discussion and turn the museum into a contemporary space in which the locally experienced time will undermine the unity of the new “universal time”.

The concept of the exhibition is part of the research project Global Art and the Museum (GAM) founded by Hans Belting and Peter Weibel at the ZKM Karlsruhe in 2006. In the last two years a network of protagonists and central institutions of the global art scene has been established and consolidated through seminars and conferences in Karlsruhe and abroad. The discourse, which has been documented in two publications to date as well as in the project’s extensive website, forms the thematic framework of the exhibition and will be reflected back to the research project with the experimental implementation in The Global Contemporary.

The approach of a scientific, experimental examination of the art system will also remain decisive for the exhibition. The self-reflection of the exhibition itself becomes one of its elemental parts, which is underlined by the work of art education and a specially designed residency program; over a dozen international artists will be invited in order to discuss the questions of the The Global Contemporary and critically investigate the concepts of the exhibition.

This confrontation will find a definite space within the exhibition with the construction of a “workstation” in which visitors, art mediators and artists will participate in art educational projects, workshops and temporary presentations and will in this way become co-creators in The Global Contemporary while elaborating on its questions.

Finally, the scientific discourse that has stood at the forefront of the GAM project will be continued during the exhibition with the accompanying program and will subsequently find entrance with a comprehensive catalogue.

Exhibition Themes
Any attempt to grasp the process of globalization in its entirety can only display a snap-shot of a momentary condition. In order to adequately make allowance for this, The Global Contemporary will pinpoint several thematic aspects that must be understood as temporary glimpses of a whole that is constantly in flux – and that allow the perspective from which these views originate to become open for discussion.

The history of globally understood art is first of all a history of the ways it is exhibited, and the ability to exhibit it. With the title The Global Turn the first exhibition segment will trace the most important stations and events in which art is understood as a worldwide system, which is not limited to the authority of the definition of Western Modernism and has consecutively been opened for new artistic practices and regions. The documentation extends to exhibitions that have changed the face of art, to places for art: Institutions of art and alternative art spaces as well as new markets and a global clientele. This documentary segment incorporates a newly developed visualization of the global biennial scene and the art market that will trace their developments across the globe.

2. Transit. Art and Contemporaneity.
Globalization has its own history; however, in theory it is also the attempt to bring this history itself to an end in terms of a continuing sequence of material conflicts. Globalization itself as a reverse movement against the dictate of “history” – for good or bad – is the topic of artistic works that follow the documentary segment within the metaphor of transit; works that illustrate an absolute contemporaneity and simultaneity of events and ideas or that seek out those places at which the mechanisms or also the inadequacies of globalization become evident. Contemporaneity in this sense goes beyond the historical classification of an artistic era as “contemporary; ” it signifies an immediate partaking of a collective world and the responsibility of acknowledging it as collective.

3. Visual Worlds. Art and the Migration of Images.
The theme of simultaneity also concerns images as the substance of visual cultures: Hollywood, Nollywood and Bollywood have produced image worlds that systematically target a local audience but also draw upon globally comprehensible visual forms and genres or are themselves perceived as clichés across all borders. These image worlds are encountered on movie screens, tv monitors, billboards and the façades of market stalls and franchise stores; in fine arts they themselves become a repository in which the retracing of migratory movements of the individual pieces becomes the intrinsic creative and critical act.

4. Art Histories. The End of the Canon.
Even the images of a so-called high culture and their order in an art-historic canon can hardly call upon their own time calculation, on their own tradition – unless it, be it as an ironic or critical paraphrase, deconstructs them as hegemonic instruments. Art History as a narrative is ultimately a question of a regionally confined tradition that has yet to assert itself universally.

5. Border Issues. Representational Strategies in Art.
This self-reflexive movement has also affected the institutions globally. Museums and biennials as places for collecting and exhibiting are examined on the premise of the strategies behind their inclusion and exclusion of art works (and individuals); which art is presented at which location and is shown and preserved by whom and for whom is counted among the border issues of art, which are equally being renegotiated through globalization processes, similarly as between political and economic regions.

6. Living Environment. Art and Politics.
The overall development in art from a confrontation with its formal prerequisites to the illustration of its real-life conditions of production can hardly be left unattended in the light of globalization. Artistic networks are often radical and humorous models of new societal orders and artistic works are the attempt to not only reproduce the processes of globalization, but to also directly intervene in them. At the crossing line of documentation and engagement, between artistic freedom as a possibility of setting oneself apart or of direct action, the question of art as politics ultimately arises.

7. Products. Art and Economy.
The institutions of collecting and exhibiting are also intertwined with the art market; in an immediate manner this market defines the possibilities for those that produce art and for those who want to absorb it. Art as commodity becomes the pragmatic basis for the functioning of the art system. Within it every avant-garde and tradition occurs only as an option while their products have an equal right to be consumed.

8. Role-Play. Identities in the Art System.
Experiences of border transgressions and multiple identities in a globalized world often become the topic of artistic work, but are themselves part of the daily experience of today’s artists; a nomadic existence between large-scale international exhibitions, residencies and workshops has become normal practice for present-day artists.