Takes to the Streets. 6th Latino, Caribbean, and Latin American Biennial will showcase 75 emerging artists at 7 venues throughout New York City. The exhibition will feature works in all media, including murals and graffiti as well as non-traditional presentations in fashion and music. The event explores how the boundaries between public/private and personal/universal are blurred by urban culture, and examines the street as catalyst for change in mainstream culture. 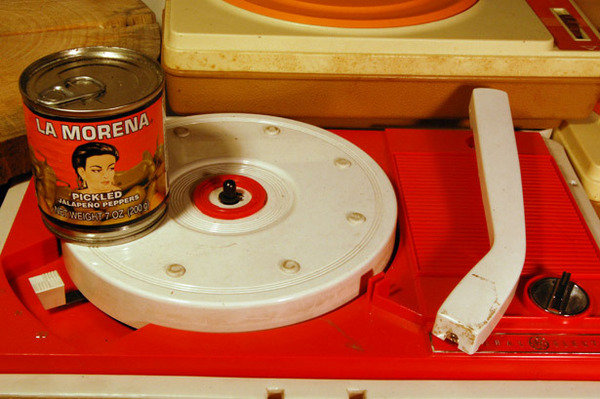 El Museo del Barrio announces El Museo's Bienal: The (S) Files 2011, its sixth biennial of the most innovative, cutting-edge art created by Latino, Caribbean, and Latin American artists currently working in the greater New York area, will take place June 14, 2011–January 8, 2012. This year's edition focuses on the aesthetics of the street and spreads all over the city, showcasing a record 75 emerging artists in seven different venues, including El Museo.

Since its first edition in 1999, The (S) Files has become a successful launching platform for a wide variety of talented Latino artists. Most recently, Allora & Calzadilla, featured in The (S) Files in 2000, have been selected to represent the U.S. at this year's Venice Biennial. Additional notable alumni include Margarita Cabrera, Alejandro Cesarco, Pablo Helguera, Tamara Kostianovsky, Carlos Motta, and Iván Navarro.

Curators Rocío Aranda-Alvarado, Trinidad Fombella, Elvis Fuentes, and guest curator Juanita Bermúdez have chosen the street as focal point of this year's biennial deliberately, to call attention to the direct effect of economic and political crises in art production. "Social tensions as well as economic limitations have historically pushed artists to employ their urban environment as creative setting as well as a source for materials," explains Fuentes. "The (S) Files 2011 foregrounds both Latino artists who have been involved in New York street art movements like graffiti since the 1970s and others who due to current circumstances are taking on the street for the first time to produce their art."

It is in this context that this year's biennial aims to expand the definition of contemporary Latino and Latin American art by taking on a broad exploration of the aesthetics, events, and visual energy of the street. The exhibition will feature works in all media, including murals and graffiti as well as non-traditional presentations in fashion and music. "The (S) Files 2011 explores how the boundaries between public/private and personal/universal are blurred by urban culture, and examines the street as catalyst for change in mainstream culture," says Aranda-Alvarado.

Among the themes developed in the exhibition are the influence of early New York street art movements, which were led by Latino artists; popular aesthetics and urban styles of the neo-baroque; and the creation of art works from urban debris. "Some focus on poignant narratives to undermine false notions of comfort and security in times of anxiety, while others revisit past events or appropriate materials to recreate them in a way that is conceptual, edgy, and playful," points out Fombella.

In addition to its overall focus on New York-based artists every edition of the biennial includes a sidebar, which changes from year to year. The (S) Files 2011 will celebrate the Biennial of the Central American Isthmus (Bienal del Istmo Centroamericano) by showcasing the work of a group of artists featured in its most recent edition.

Back after a four-year hiatus due to El Museo's sprawling renovation, The (S) Files 2011 has grown to now include seventy five artists, a 50% increase over its previous edition in 2007 when it featured fifty one.

In order to represent this growth, to provide additional artists with the opportunity to show their creations, and to offer audiences from other areas of the city access to these art works, El Museo embarked on an ambitious collaboration with a group of organizations throughout the city, including BRIC Rotunda Gallery, chashama at the Donnell, Lehman College Art Gallery, Northern Manhattan Arts Alliance, Socrates Sculpture Park, and Times Square Alliance. This reach is particularly important to El Museo as it reflects its institutional mandate to make Latino art and culture available to people of all backgrounds throughout the city.

Artists participating in The (S) Files 2011 hail from almost every Latin American country, and all New York City boroughs.

The (S) Files 2011 is made possible by The Jacques and Natasha Gelman Trust, Bloomberg, with additional support provided by The Greenwall Foundation and Ford Motor Company. El Museo del Barrio is also grateful for the support of The (S) Files Council, a cadre of collectors and art enthusiasts supporting emerging Latino artists. Media Sponsor, WNYC.