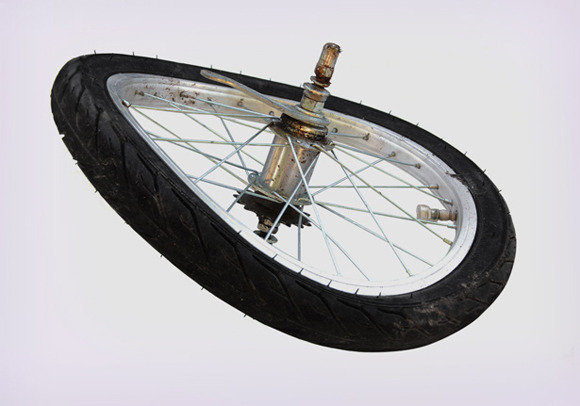 Artists today are consumers of culture as much as they are producers of it. The exhibition Modify, as needed addresses this reality through the work of 11 international artists and looks closely at the forays some artists have made into the industries that produce visual culture, from the professionalized realms of fashion, art, and design to consumer-level technologies of software, the Internet, and other tools. The artists' playful and often humorous approaches reveal the effects of current social systems and forms of production on their lives and works.

Most of the artists are creating new works specifically for the exhibition. Nina Beier is creating a sculptural installation that incorporates posters that reference Swiss "object posters" of the 1930s, which were some of the first advertisements that featured images without text. Beier is draping the posters on common objects such as lawn chairs and radiators. Amilcar Packer is using found materials to create a fence in an empty lot in Miami and conduct small happenings inside the space. The process of creating the fence and the events around it will be documented and shown as a video in the exhibition. Anders Smebye is creating an installation of improvised weights made of concrete and found material inspired by the use of similar objects in Brazil from do-it-yourself outdoor gyms. Jose Carlos Martinat is peeling a wall in the exhibition space using a technique that he developed to remove and preserve graffiti from public walls. Additional surfaces in the exhibition space will also be treated by other artists. While each artist has a distinct approach to their practice, the divisions between many of their works will be blurred, disrupting notions of authorship and highlighting the often related content of their work.

Modify, As Needed is partially supported by research conducted for New Methods, an international symposium organized and presented by MOCA, North Miami in May 2011 that highlighted the practices of alternative contemporary art organizations in Latin America. The symposium was organized by MOCA Associate Curator Ruba Katrib and resulted in increased collaboration between the organizations involved.

Modify, as needed is made possible by the MOCA Knight Exhibition Endowment. Additional support provided by Funding Arts Network.

Events in conjunction with the exhibition include an interactive workshop and discussion with artist Nicolas Paris on October 5 at 7 pm and a talk by Lauren Cornell, Executive Director of Rhizome and Adjunct Curator at the New Museum of Contemporary Art in New York on November 9 at 7 pm.

MOCA's Knight Exhibition Series is made possible by the John S. and James L. Knight Foundation. Exhibitions and programs at MOCA are made possible through grants from the City of North Miami. Sponsored in part by the State of Florida, Department of State, the Florida Council on Arts and Culture, and National Endowment for the Arts. With the support of the Miami-Dade County Department of Cultural Affairs and the Cultural Affairs Council, the Miami-Dade County Mayor and Board of County Commissioners.

For press information and images, please contact Valerie Ricordi at: vricordi@mocanomi.org or 305.893.6211