Cynthia Edorh, Ariel Tarr, Malene Charles, and Kate Greenslade. Stretchmarks is a collective of young urban females addressing the problematic issues that we face in today's culture. Issues such as identity politics in this post-feminist era, the body, sexuality and diversity are visually exposed and given a forum that compels answers to the questions raised in the work. This is their movement. 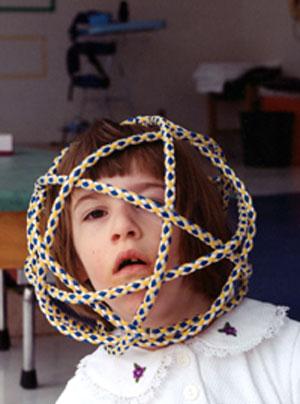 Stretchmarks is a collective of young urban females addressing the problematic issues that we face in today's culture. Issues such as identity politics in this post-feminist era, the body, sexuality and diversity are visually exposed and given a forum that compels answers to the questions raised in the work. This is their movement.

This is Feminism now.

The Feminist of the past allowed women's voices to be heard, but it no longer speaks in the same volume that is used today. The artists understand their privileges and they know the strength of their position.

Ariel Tarr is a Los Angeles-born multidisciplinary artist who has been living and studying in Montreal since 1989. Her intimate portraits reveal the interior, emotional spaces of her subjects, as well as their surrounding environments. In 2001, she won the Conseil des arts textiles du Quebec (CATQ)prize. In 2002, she received the Royal Photo Prize and the Heather Walker Memorial Scholarship for her photography and community involvement. Tarr has exhibited in various group shows, most recently a two-woman show, Periphery, at the VAV Gallery. In March she will exhibit at the Maison de la culture Marie-Uguay in a retrospective show of CATQ prize winners. She currently studies studio arts at Concordia University, and will graduate this spring.

Here is a child vulnerable, yet strong. Her environment protects her from unfair judgment and ignorance. She throws herself into These photos form an extended por trait of someone with whom I share a close bond, my sister. The images involve Georgia in different activities. Her environment--at school, at home and in nature--shapes her behaviour. In the school gym, a place to grow and thrive and push her body. In the warmth and safety of her bedroom at home, she has a cat and many stuffed animals collected on her bed. In the water she frolics, and in the park she meanders. Sometimes she finds freedom and courage; sometimes she finds constraint and obstacles. Certain details in the images point to Georgia's differences, others to the things she has in common with all children. This difference/similarity creates a tension in the image which then confronts the viewer. Through this I hope to make the viewer more aware of the judgments we make unconsciously of the perceived and unperceived differences we all have. - Ariel Tarr

Cynthia Edorh completed her BFA in Photography from Concordia University. Her work has been presented in various group exhibitions in Montreal, she now lives and works in New York City.

My primary belief is that reality is shaped by perspective and varying perspectives need to be accounted for. There are always at least two sides to every story. I find myself preoccupied by the multiplicities of identities that form me. My mother is French Canadian, and my father West African so when I speak of multiplicities of identities, I refer to the relationships that are constantly evolving: black/white, male/female, adult/child...

Take It Personal is about finding my place out of the margins and examining the formation of my identity as a possible mother, as a partner and as a child through a specific childhood picture. I feel the need for and the importance of self-representation and I intentionally situate this work in the thin line between fiction and documentation to accentuate the ambiguities and comparison. I want to address questions of perception and authenticity: Are they all original images? Which one is the original image? Which of the three images feels more comfortable to look at? I chose to use digital technology because of the good potential that it offers for transformation and contextualization. - Cynthia Edorh

Kate Greenslade is currently studying at the Royal College of Art in London, England,and will graduate in July 2004 with a Masters of Art in photography and critical history. She completed her Bachelor of Fine Ar ts at Concordia University,and was part of several group shows while she was living in Montreal.

A photograph of a pre-pubescent girl in a seemingly private circumstance has naturally uncer tain cultural connotations; association with women 's sexuality distorts our perception of the image and identity of young girls. In order to appease adult fears that young girls may have a natural sexuality, which is both separate from and related to that of adult femininity, an image has been created for her - she can exist when clothed in a pretty party dress, when her 'girly-ness ' is innocent and pleasant. This girl is referred to in the world of Hallmark as a blossoming flower and we are told that she smells like a rose. Of course we appreciate the generic sentiment and design of Hallmark cards because they accommodate our consumer desire for convenience - but what strikes me most is that real and even difficult feelings are then substituted for a manufactured emotion. Likewise,the stereotypical image of a 'pretty young thing' distracts - and detracts - from the natural and cultivated power of girlhood sexuality. In this work, I propose that the act of getting 'dolled up ' is a means of obscuring of covering. My work in general deals with the ways in which appearances can be tampered with, and in this case how a young girl in a typical party dress can challenge the illusion of innocence. The floral print of the fabric functions like a greeting card, as a decoration that subdues the actual emotion and thought that is hidden or muted. - Kate Greenslade

Born to the tune of 'Good Times ' in Toronto, Malene Charles attended the Claude Watson School for the Performing Arts as a dance major/art & photography minor. A recent graduate of Concordia University's Interdisciplinary Studies of Fine Arts, Malene is currently living between Canada and Germany.

Constructs of sexuality and illusion of beauty are the main questions raised in this series of works. Why do these images makes us uncomfortable, titillated, angry, etc?Who is constructing this image of sexuality? Who is it directed to? How much of this image can be taken as truth? We are bombarded with these images of beauty that are unattainable yet upheld in our environments. But the truth here is that this type of beauty could never be attained by any woman and is a perfect fantasy. - Malene Charles